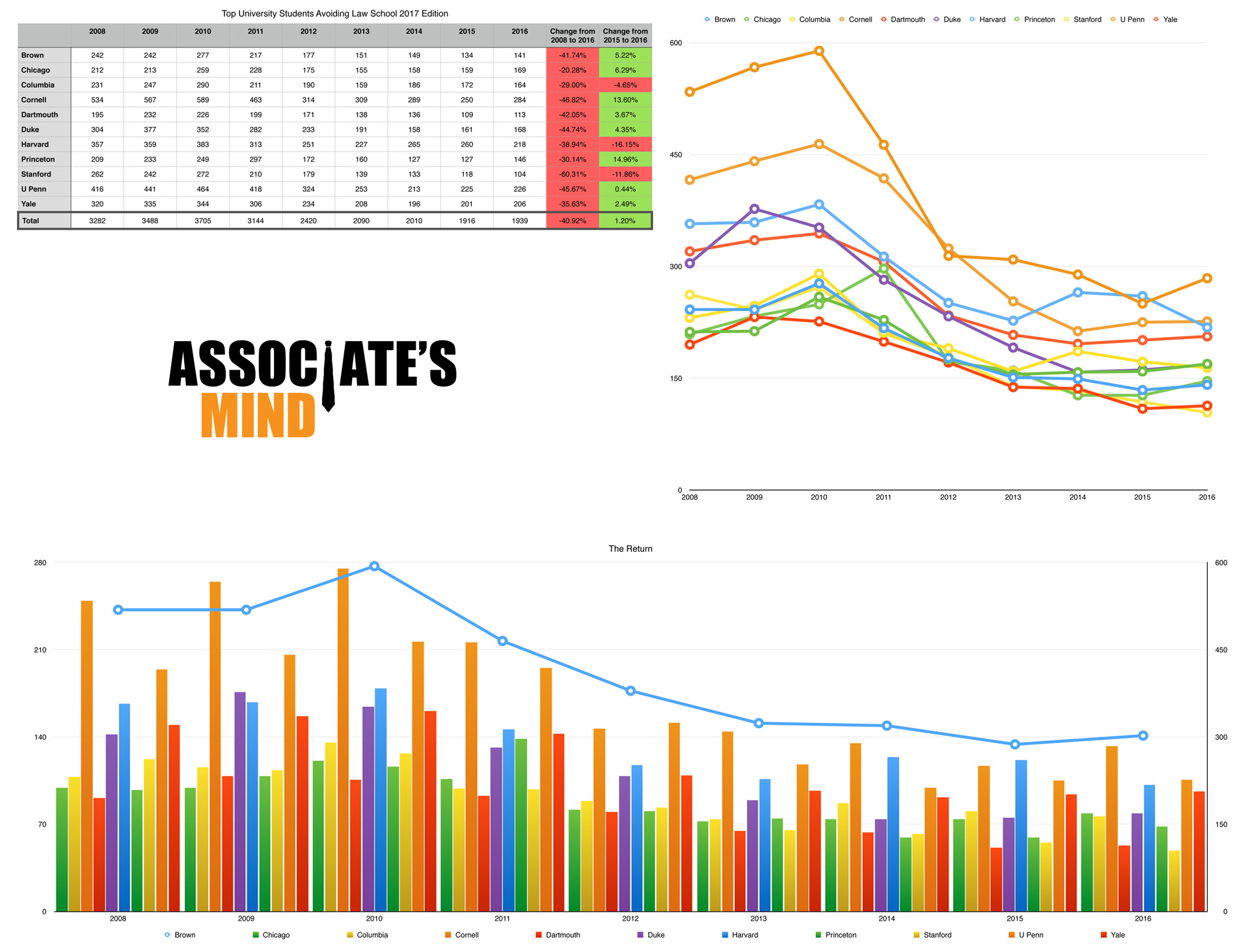 Back in 2013, I was the first person to notice students graduating from the top universities in the country were avoiding law school in droves. The LSAC usually updates this information around this time of year, so I keep an eye on their website to catch it. Previously, see:

Two years ago I thought things might have been leveling off. But then last year the numbers went down again.

What looked like a leveling off last year was apparently only a brief respite. Graduates from top schools increasingly view law school as a poor option for post-graduate studies.

Who knows when this is going to level off. But given that bar passage rates continue to decline across the country, things aren’t looking up for the legal industry at the moment.

So how did things turn out this year? Still heading down? Are students from the best universities in the country still avoiding law school? 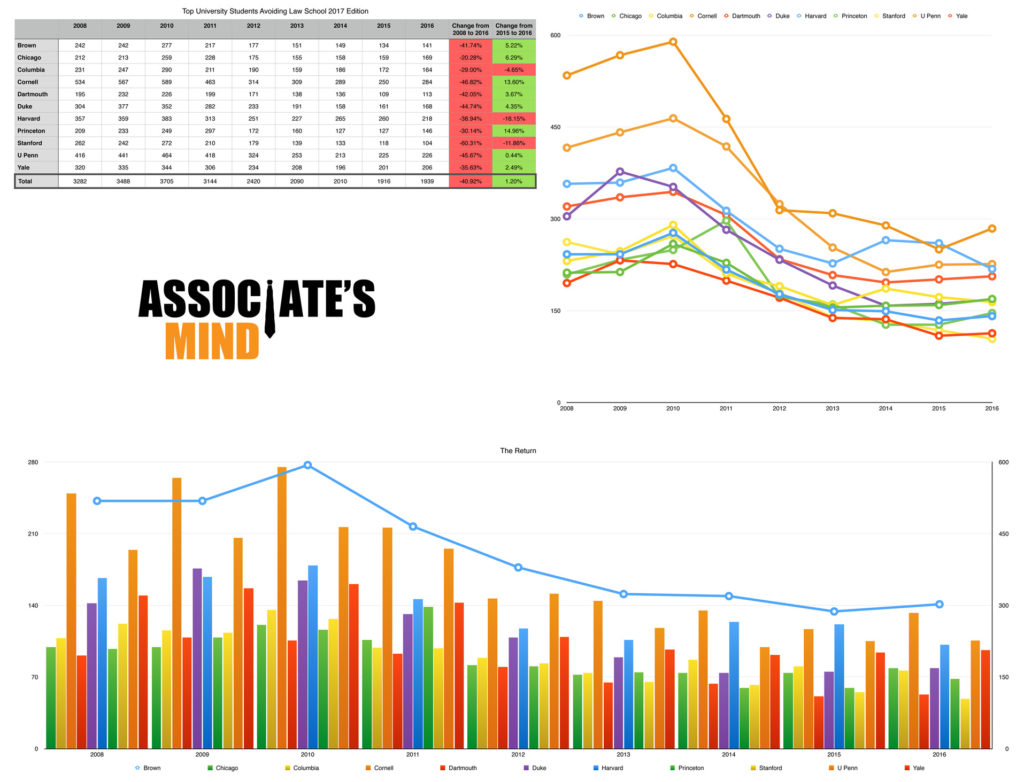 For the first time since 2010, the total number of graduates from the nation’s top universities applying to law school increased instead of continuing to decline. From 1,916 to 1,939, a 1.20% increase.

It’s only a slight 1% increase, but it’s the first sign the “best & the brightest” are looking at law school a bit more favorably. I doubt there will be a return to the grand heyday of top university students seeking law school as post-graduate option, but they’re no longer completely abandoning ship either.

We’ll need a few more years of data before we can make any definitive proclamations, but for now, things might be looking up for law schools.

Thinking about law school? You should probably read my book before you go.