Yes, But Where Have Law School Applications Gone Up? (Chart) 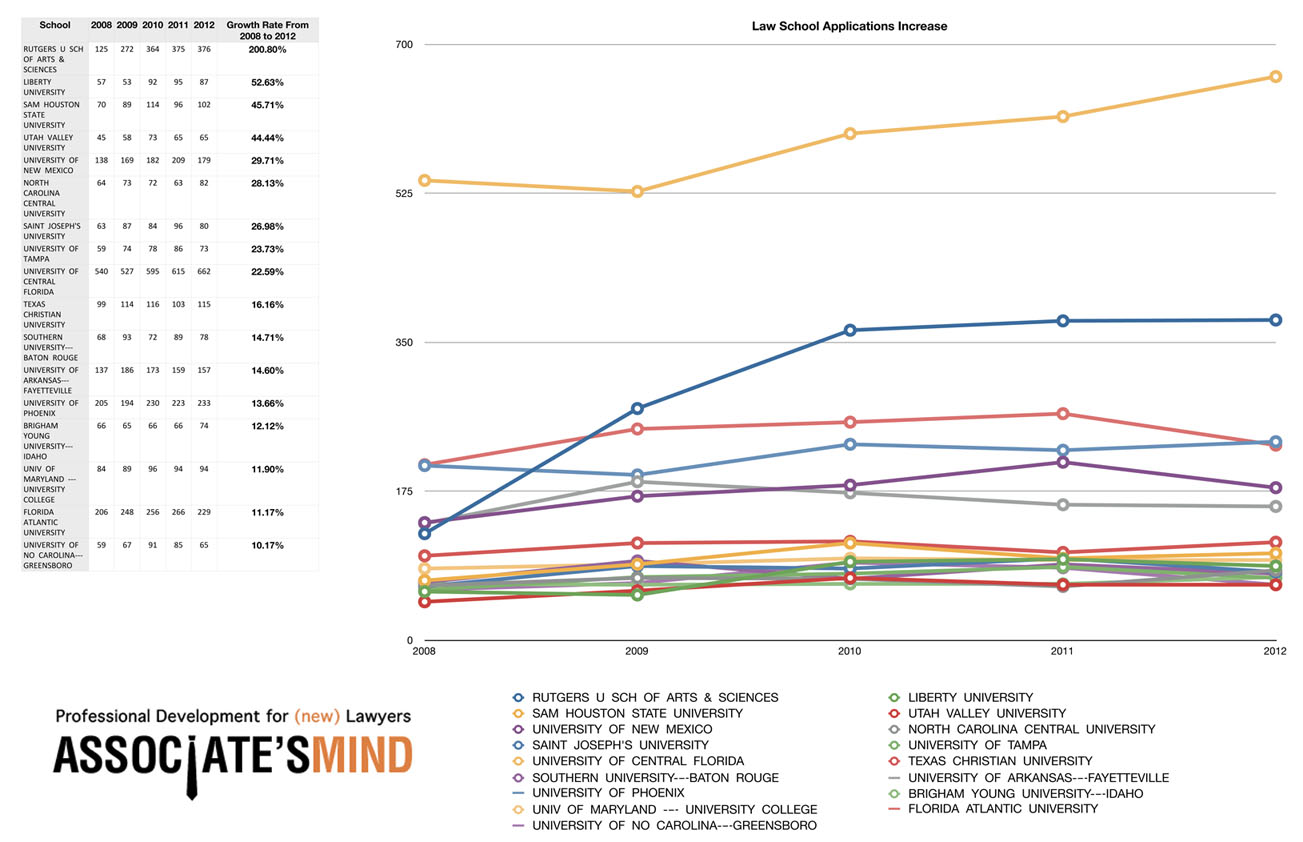 Ok, last chart for awhile. I’m a lawyer, all this math is making my head hurt.

I was speaking with someone yesterday regarding the decline in law school applications from top universities. She asked if I had numbers on colleges where the application rates to law schools have gone up, and if they were weaker/lower ranked ones. I didn’t but I said I would look into it. So I dove back into the LSAC data (pdf) and here’s what I came up with:

First off, this is limited to school that have had double digit increases. There are lots of schools that had only small increases. I also left out Kaplan University, which has had ridiculous 8000% increase due to only opening its doors a few years ago.

I’ll have to be honest – I haven’t even heard of some of those schools before. So to answer the question “where have the application rates to law schools have gone up, and were they weaker/lower ranked ones?” Yes.