I noticed over at the Tax Prof Blog that the LSAC has begun releasing data on the most recent crop of LSAT information. At the Legal Whiteboard, Jerry Organ dives into the data and found that average scores are declining:

Which made me want to revisit my post from last year, Top University Students Avoiding Law School, to see if that trend was holding true in light of the above data. The results? See for yourself: 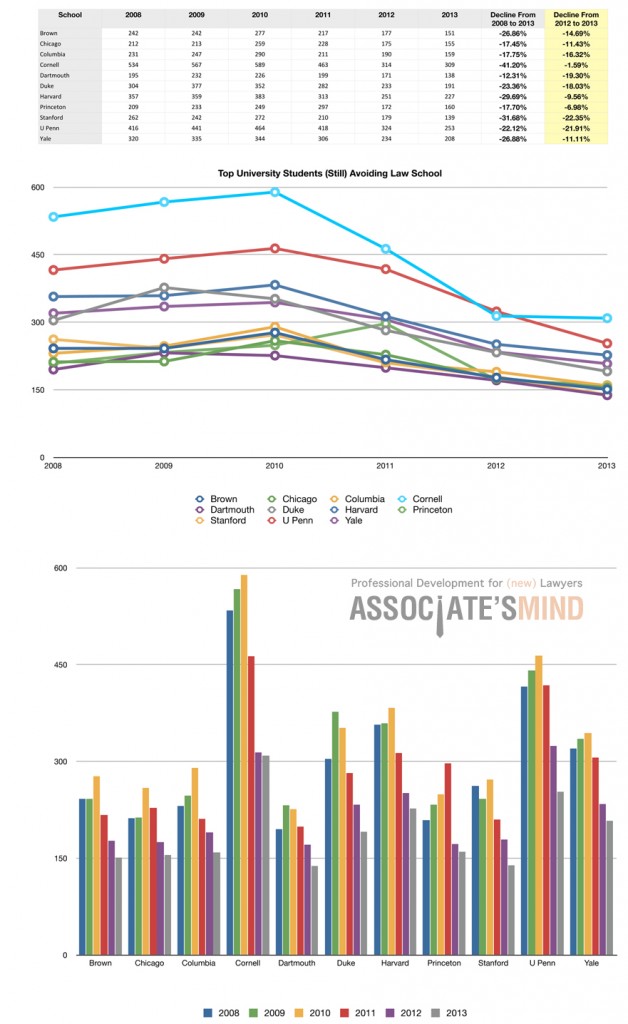 The decline continues to be precipitous. In particular, note the column highlighted in yellow, the decline rate from 2012 to 2013. Doesn’t look good. A couple notes:

In addition to exploring the decline in applicants from top law schools, I also looked at which schools had the highest applicant increases. Are these schools still sending more and more students to law schools? 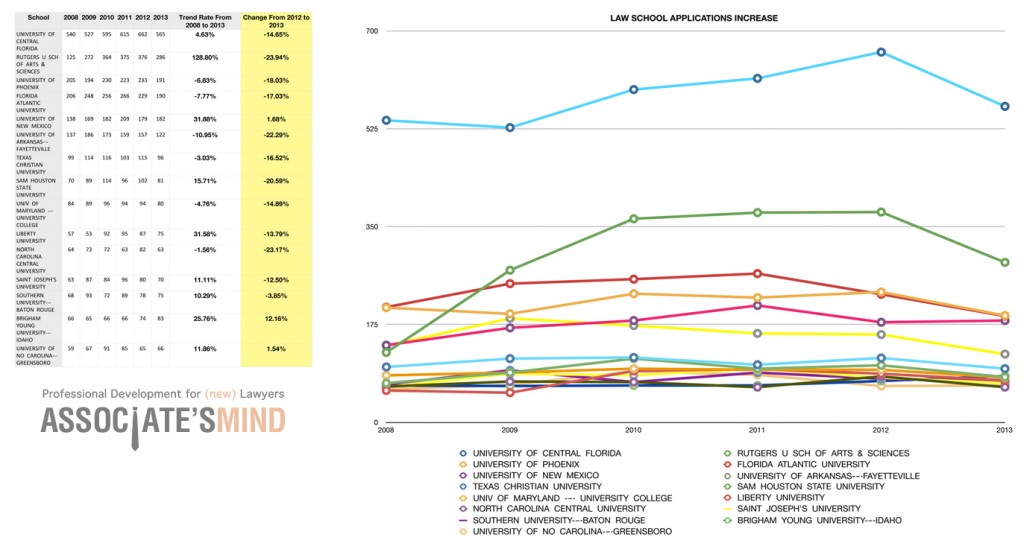 No. Last year these schools sent a large number of students to law school, indicating an upward trend. But from 2012 to 2013, all but three of the schools saw applicants to law schools decline (see highlighted column).

Bottom line, I think the vast majority of college students and the public at large are beginning to be aware of the problems currently facing the legal industry. Not sure what this means for law schools, but at this point, the future looks grim.