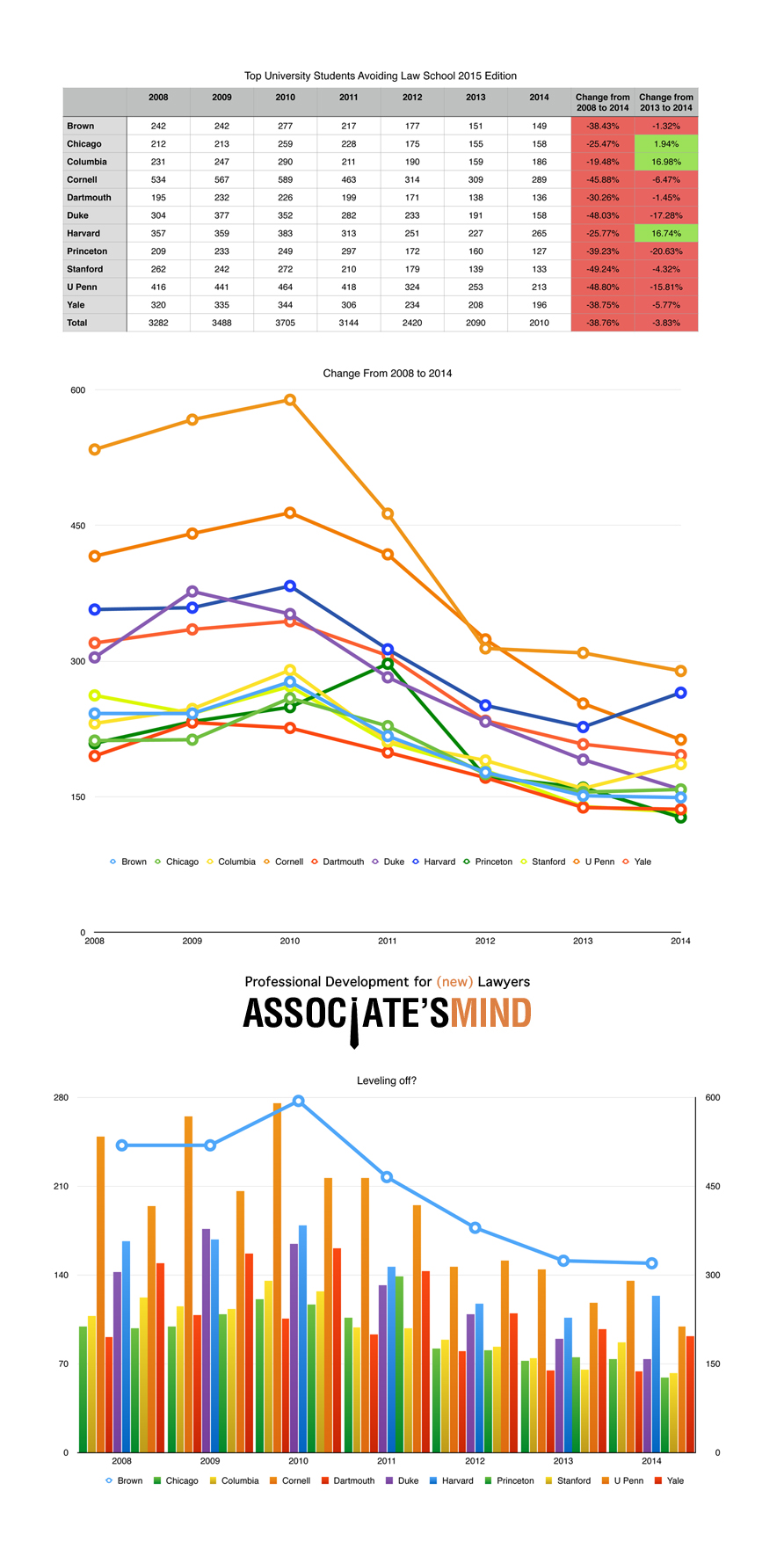 Very quietly, without notice to anyone, the LSAC updated their LSAT data on the top 240 feeder schools into law schools. It usually comes out around this time every year so I check on it on occasion to see if has been updated. I do this because back in 2013 I identified the trend that top university students had begun to avoid law school. See:

Since we have a new year’s set of numbers, let’s see how things stand. 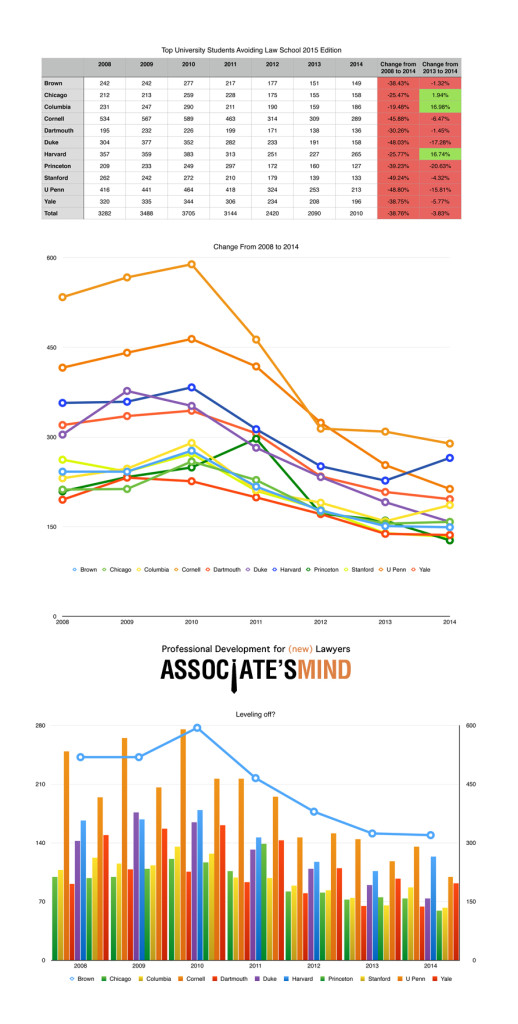 Still down across the board.

But from 2013 to 2014, there was only a modest percentage decline for the other schools. Perhaps we’re seeing a leveling off in top university students avoiding law school.

The question then becomes: is this level the new normal or will top university students start going back to law school in higher numbers?

We’ll need a couple more years of data to see.