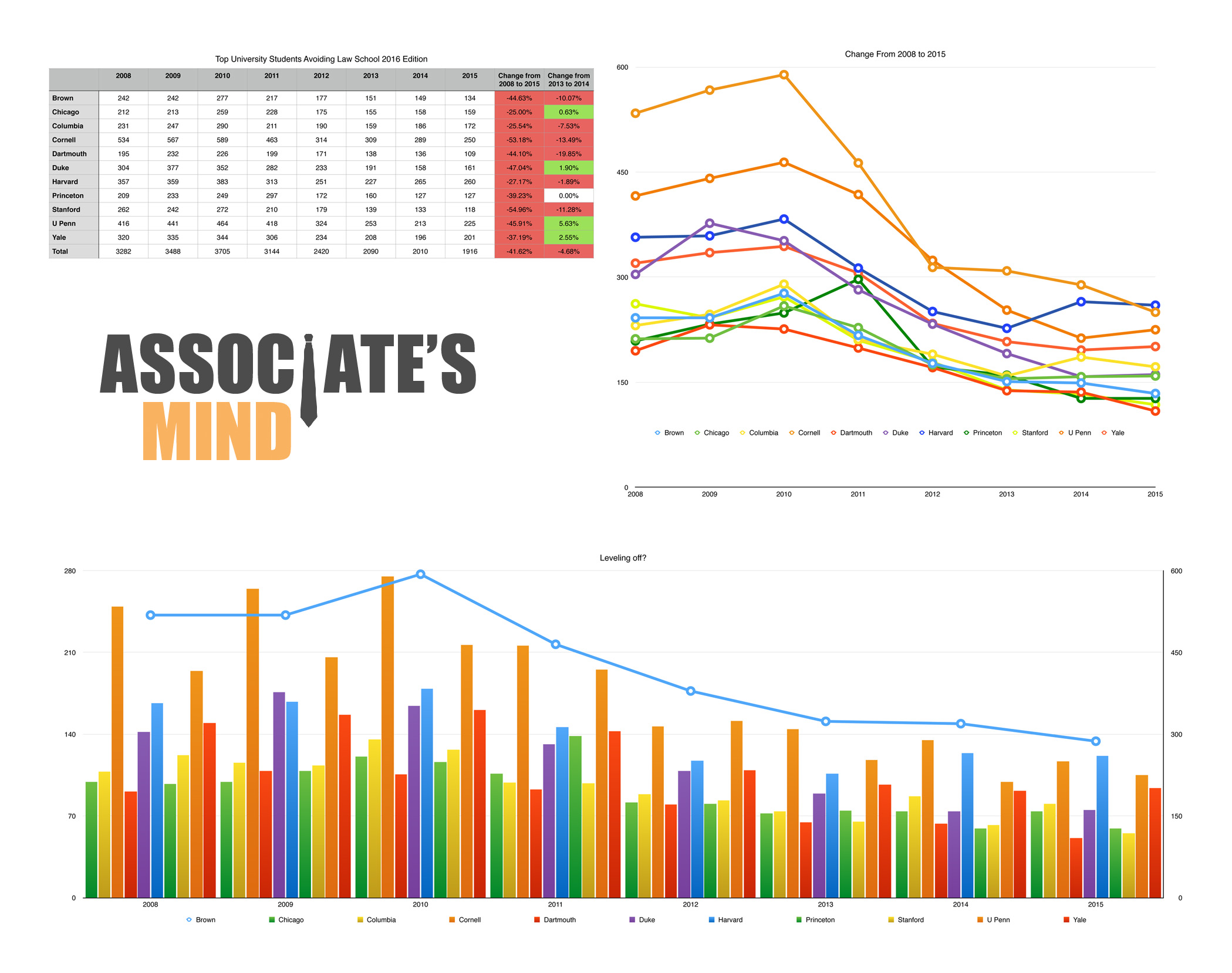 Back in 2013, I was the first person to notice that students graduating from the top universities in the country were beginning to avoid law school in droves. The LSAC usually updates this information around this time of year, but you have to just keep an eye on their website to catch it. See:

Last year, it looked like the declines were leveling off. I speculated:

But from 2013 to 2014, there was only a modest percentage decline for the other schools. Perhaps we’re seeing a leveling off in top university students avoiding law school.

The question then becomes: is this level the new normal or will top university students start going back to law school in higher numbers?

We’ll need a couple more years of data to see.

So how did things turn out this year? Did things level off? Are students from the best universities in the country heading back to law school? 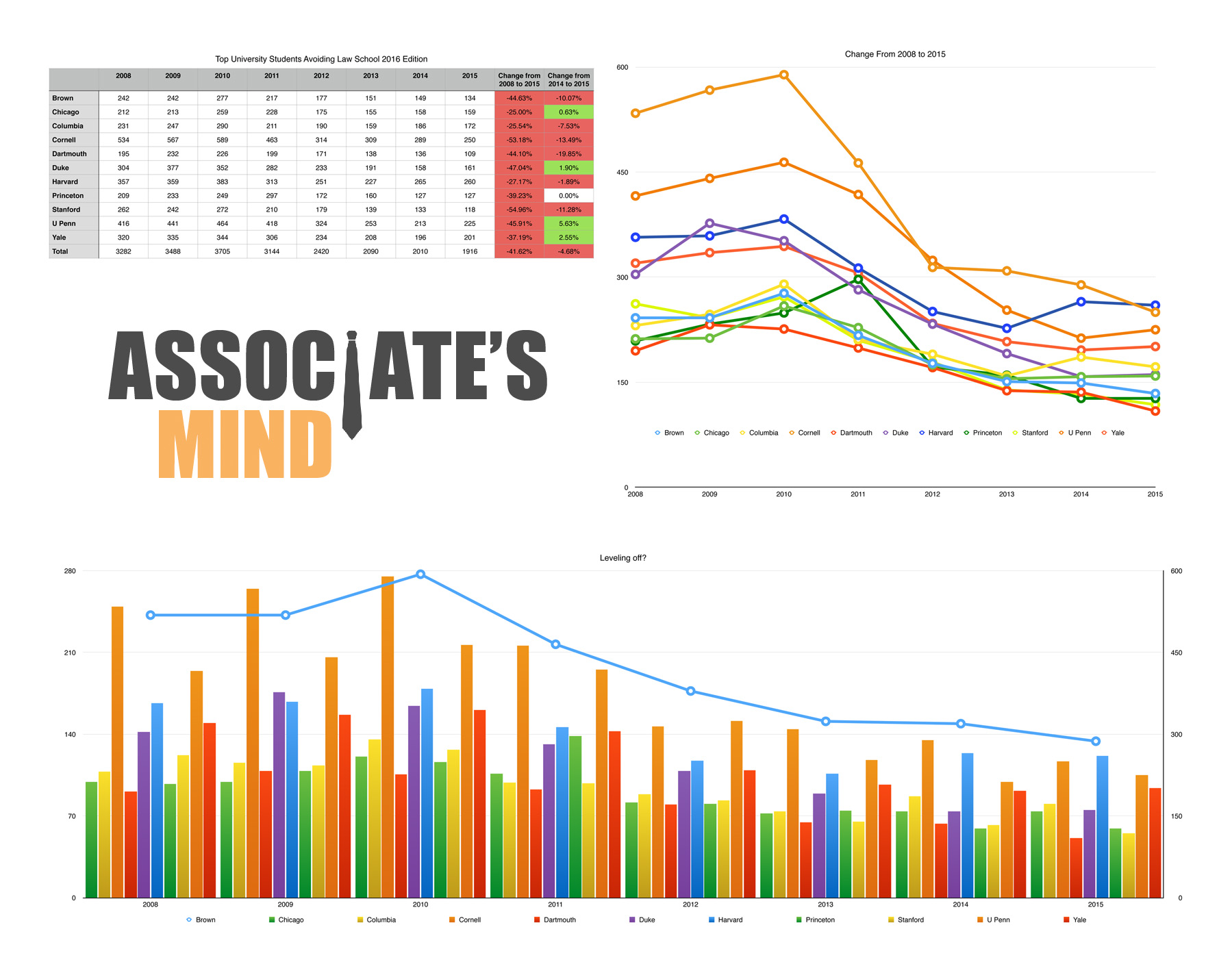 What looked like a leveling off last year was apparently only a brief respite. Graduates from top schools increasingly view law school as a poor option for post-graduate studies.

Who knows when this is going to level off. But given that bar passage rates continue to decline across the country, things aren’t looking up for the legal industry at the moment.

If you’re thinking about law school, know what you’re getting into first.