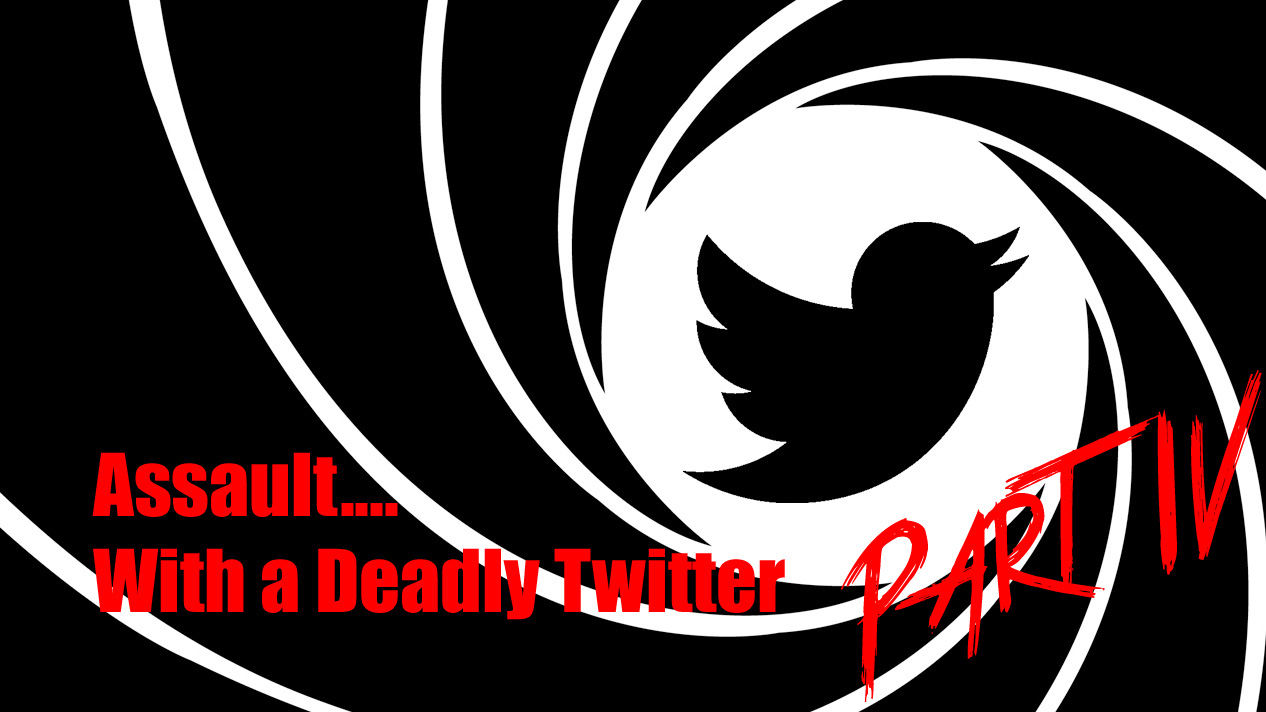 He claims to know the identity of the “assailant.” See the Notice of Nonsuit filed with the court. No indication of where (or if) he will file now.

Very curious as to where this information might have come from.

1/10/2017 Update: Game is afoot.1Procedurally, under TRCP 120a, bringing up matters other than personal jurisdiction in a special appearance could waive claims of lack of personal jurisdiction. In Lawyer Slack we were debating this heavily, but I never discussed it here

Thanks to a tip from a Twitter Egg, we’ve got Doe’s special appearance. Read Doe’s Special Appearance filing here.

This is Part IV of the ongoing coverage of Assault With A Deadly Twitter. Previous entries: 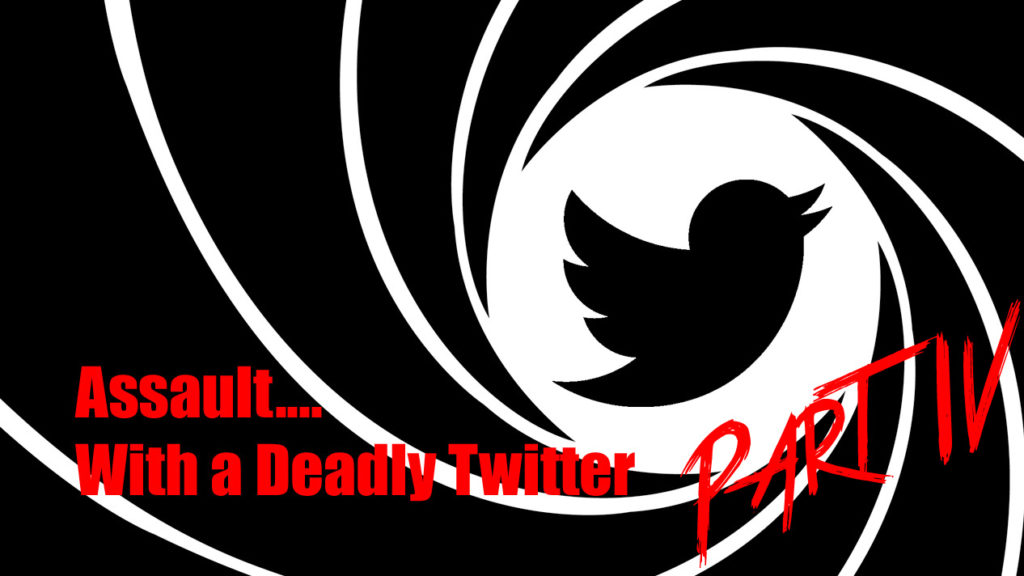 Appearing To Not Appear

Thus far this has been a fairly one-sided affair, with Eichenwald being the one sharing information, talking about the case, and filing legal documents. But yesterday the user who went by the Twitter name, (((Ari Goldstein))), a/k/a @jew_goldstein, filed a John Doe Petition in Dallas District Court.

This special appearance “John Doe” petition is a special type of motion that allows someone to appear before a court and dispute a legal claim, without actually subjecting themselves to jurisdiction of the court. Right now non-lawyers2Yes, I used the term “non-lawyer.” Suck it #legaltech people. are like…

So let’s talk about jurisdiction for a moment.

The same NY state court also wouldn’t have jurisdiction over a matter that involved Federal law/crimes, even if the underlying claim arose in the State court’s geographic area. The proper jurisdiction would be Federal court. This is all regarding the specific jurisdiction over the subject matter.

Note in the middle of that last sentence is appearance. Say (((Ari Goldstein))), a/k/a @jew_goldstein (who I will now refer to as “Doe”), physically showed up in Dallas Court and said, “This is all a bunch of BS! I live in Oregon, this Court ain’t got no power over me!” That might be true, but by appearing in Court, he will have consented to the Court’s jurisdiction by being physically present. He’s there, the Judge can reach out and touch him.

The same holds true if Doe just started responding to Eichenwald’s legal filings on the issues of assault, free speech, etc. Without Doe’s special appearance objecting to the Dallas Court’s jurisdiction over him in the lawsuit, the law would recognize Doe as “appearing” before the court. Doe would have lost the ability to dispute jurisdiction. 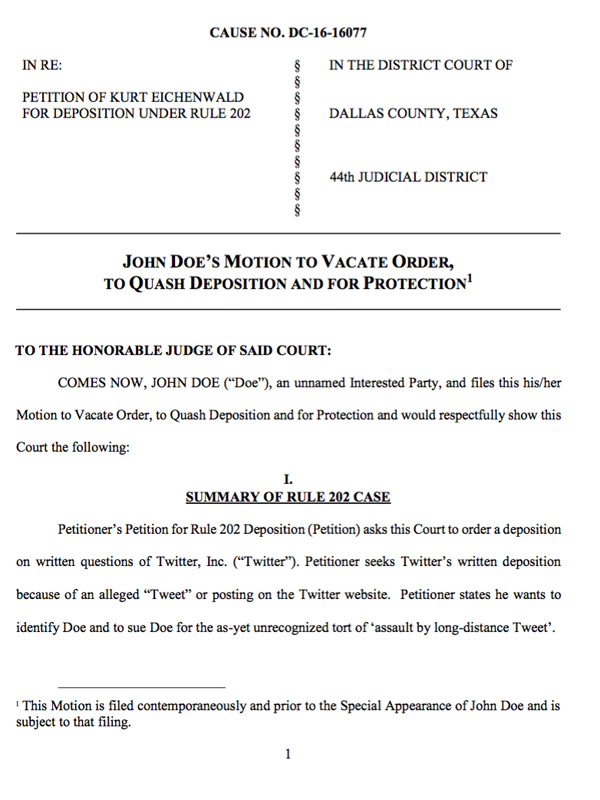 I went through all that because the first issue Doe raises is one of jurisdiction. Doe cites In re John DOE a/k/a “Trooper”, Relator, 444 S.W.3d 603 (Tex. 2014), noting that discovery is put on hold until a determination of personal jurisdiction is met (the case I predicted Doe would rely on in Part II). Twitter can’t divulge anything requested by Eichenwald until the court rules on Doe’s motion.

Doe then raises a number of initial issues. The issues are in bold, my commentary follows:

The manner in which the offending Tweet is classified, either as Assault or Speech, is the crux of this entire matter.

But What About Free Speech?!

As discussed in Part I of this series, the central issue at the heart of the Eichenwald Scenario is:

Can the mechanics of an internet medium serve as means of committing assault?

Doe brushes off this question and jumps straight into free speech defenses and analysis. But Doe’s free speech assertions are irrelevant until the above question is answered. I didn’t find any of the case law referenced by Doe in their motion on this point to be so persuasive as to preclude presenting it to a jury. The situation between Doe and Eichenwald would seem to be one of first impression and worthy of trial.

Doe merely republished a GIF (with its internal wording untouched)…

As Doe cannot be treated as the publisher or speaker of this re-posted and unaltered GIF, then he cannot be held liable for the alleged effects of its content, as a matter of law. 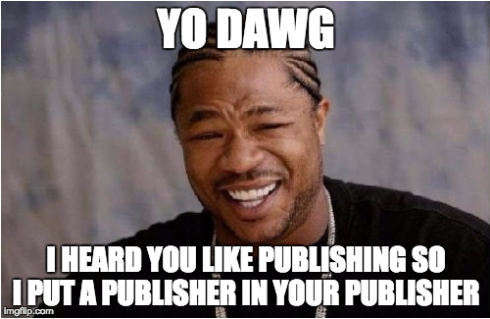 In the Certificate of Service, Doe’s lawyer indicates that he hasn’t been able to get in touch with Eichenwald’s lawyer. Given the holidays, that’s not too unusual. Doe’s lawyer has been in contact with Twitter’s general counsel and they have agreed to put everything on hold pending a ruling on Doe’s Motion.

So at this point, we’re waiting on ruling on the Motion from the Dallas Court. I wouldn’t be surprised if Eichenwald’s lawyer files a responding motion either. Given the complexity of the issues at hand, I’d expect the judge to set a hearing  to address the motions before the court in the coming weeks.