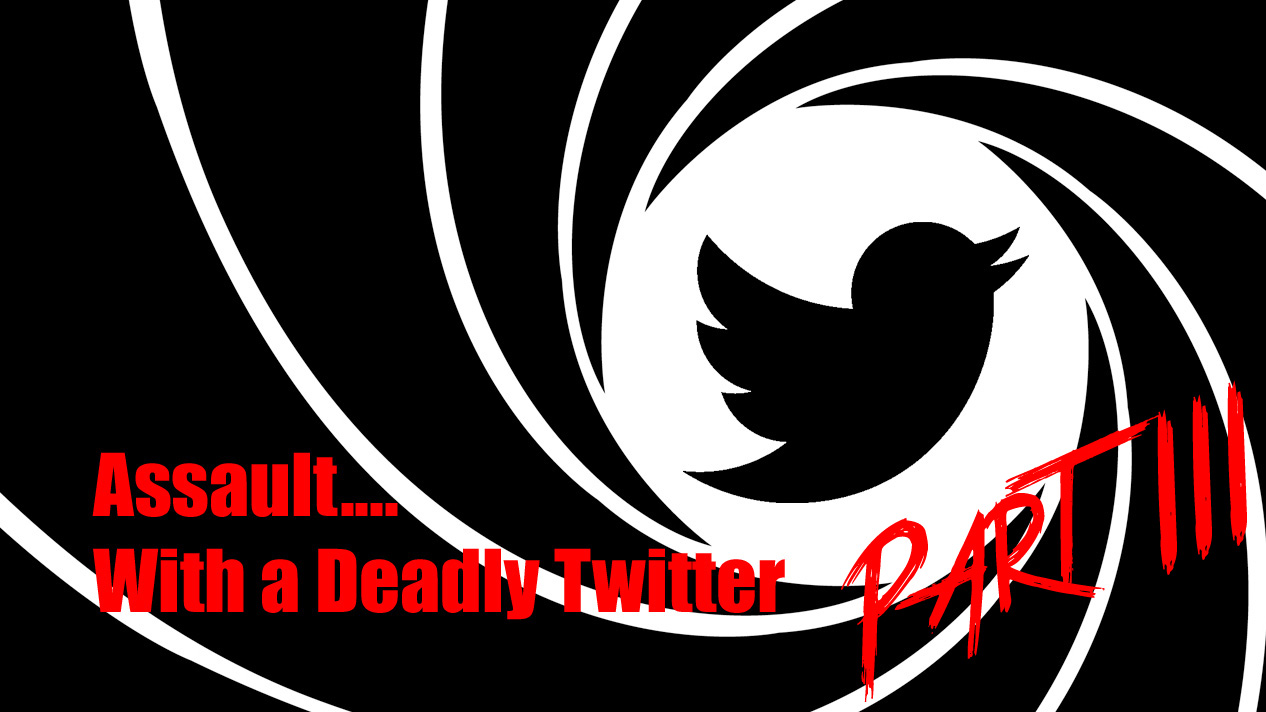 Until information comes out on how the deposition between Eichenwald and Twitter went, this will be my last post on the topic for awhile. But here’s some final food for thought. To recap:

Currently Eichenwald is exploring pre-litigation discovery; deposing Twitter to discover identifying information on Jew Goldstein (“JG”). Eichenwald has also filed a complaint with the Dallas Police Department (“DPD”). Which means there are now two tracks upon which things are proceeding: civil and criminal.

The criminal aspect of the scenario is firmly in the hands of the DPD and the Dallas prosecutor’s office. As mentioned previously, criminal charges would likely be: assault by threat or assault (varying by level of harm JG intended to commit). But, whether or not they pursue criminal charges is in their hands, not Eichenwald’s.1Bonus option, because this involves interstate threats & assault, the DPD and prosecutor pass this off the the Feds.

As noted above, Eichenwald is currently engaged in pre-litigation discovery so that he can properly file a civil lawsuit. While purely speculative, I think it’s likely Eichenwald will sue for assault and intentional infliction of emotional stress.2Worth noting: practically speaking, the latter is very difficult to prove, and recovering damages happens infrequently.

And I think Eichenwald will go this route because he (and his lawyer) don’t view the offending Tweet as speech. They see it as assault.

Much has been made about Eichenwald’s pursuit of JG’s identity as a threat to free speech. That JG’s tweet should somehow be given 1st amendment protection. Well…

BUT (and this is a big but, hence ALL CAPS), there is a question of whether or not the Tweet sent by JG to Eichenwald actually qualifies as speech.

“Of course it’s speech! JG sent Eichenwald a message, that’s clearly speech! Besides, all sorts of activities have been found to be speech!”

True, all of the following (which aren’t human speech) have been granted first amendment protection.

But again, none of these rose to the level of a “true threat” either. If a court were to determine that the Tweet from JG to Eichenwald was speech, there is a good chance they would determine it to be a “true threat.” 3I’d go into true threats, but they’re waaay outside the scope of this article. Go back and read Popehat’s post instead.

But given the very unique set of circumstance between JG and Eichenwald, there is a fair chance that the Tweet will be viewed not as speech, but assault.

To establish a baseline for understanding, let’s define assault:

An actor is subject to liability to another for assault if:

Assault is purposefully given a broad definition. All sorts of things have been found to be capable of assault:

All that’s to say, assault isn’t something that only happens when you hit someone with a wrench. There are plenty of wild scenarios that give rise to assault.

Let’s apply the elements of assault to the Eichenwald Scenario:

So while it may seem silly to you that a Tweet can qualify as assault, under the very specific set of circumstances involving JG and Eichenwald, it’s quite likely that it could technically be considered assault.

That being said, as I was discussing the topic on Twitter last week, noted constitutional lawyer Marco Randazza chimed in with:

On a law school exam, he wins. IRL, this probably goes nowhere. In a perfect world, he would dissolve into a puddle of worthless tears. https://t.co/RbvMhbKw1D

With which I pretty much agree.

In the ivory tower, the Eichenwald Scenario is a clear case of assault. In the messy world of courts, judges, and litigants, it’s hard to imagine this actually getting anywhere. Finally, Eichenwald does himself no favors by being about as unsympathetic a plaintiff/victim as possible.

So does Eichenwald actually get anywhere with this? I remain doubtful. But I also think there is a fair chance he’s going through the motions for all this so he can dox JG and expose his identity. Regardless, we should know something in the next couple of weeks after Eichenwald deposes Twitter.

If that was too much case law for you, you should check out my book, which doesn’t have any.