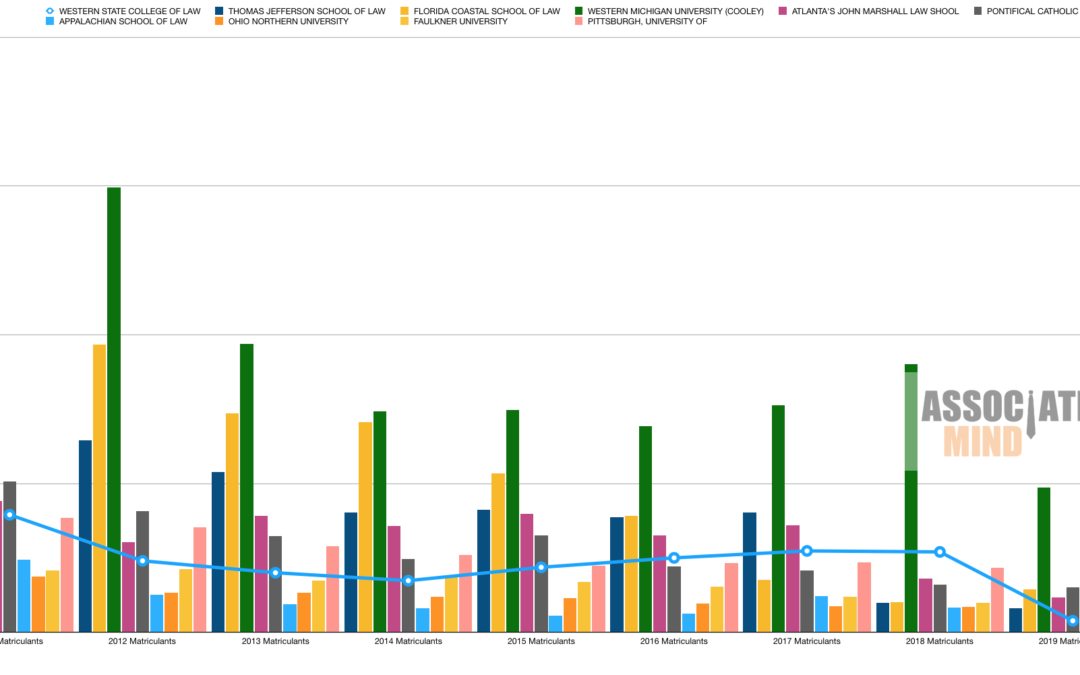 Another year, another data dump. December 15th is the annual reporting day for ABA 509 Disclosures for all ABA approved law schools. These are required public disclosures that law schools must make as part of their ABA accreditation. As soon as the ABA started releasing the data, I began to compile it and release reports at Associate’s Mind.

Before we begin, here is the current 2011-2019 data for all law schools sorted alphabetically if you want to just find your school. 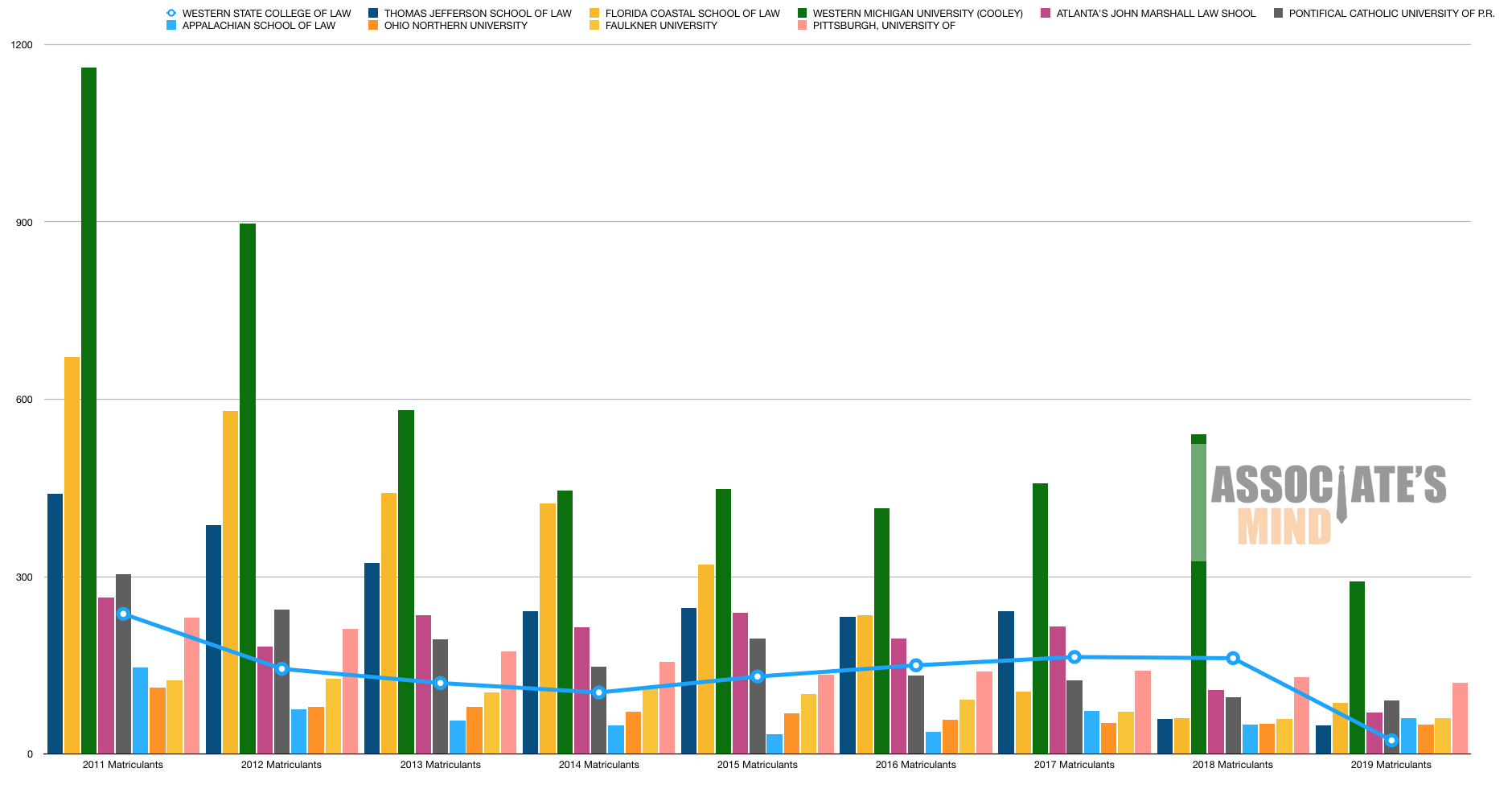 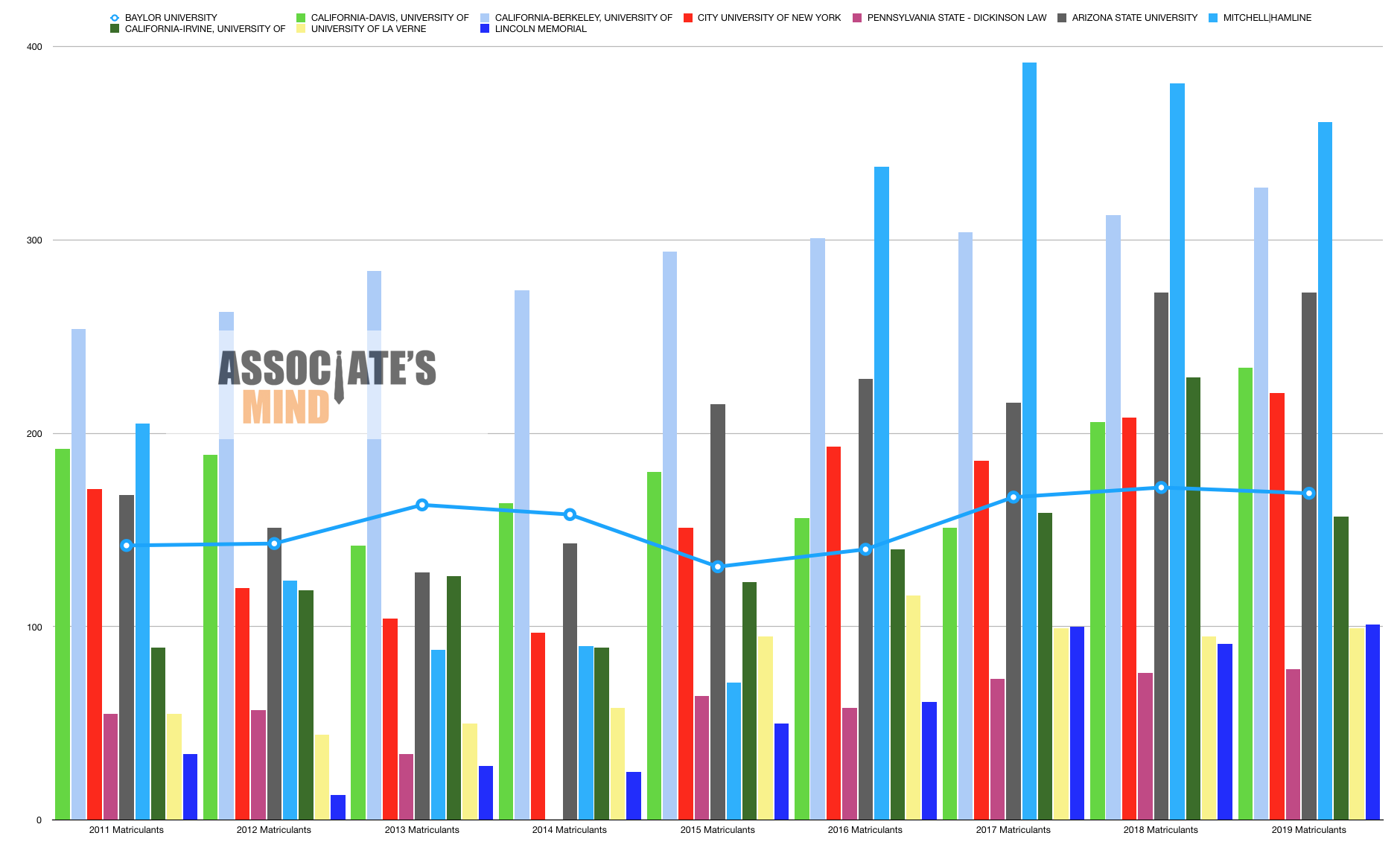 Looking just at the past year-to-year changes, trends remain flat. 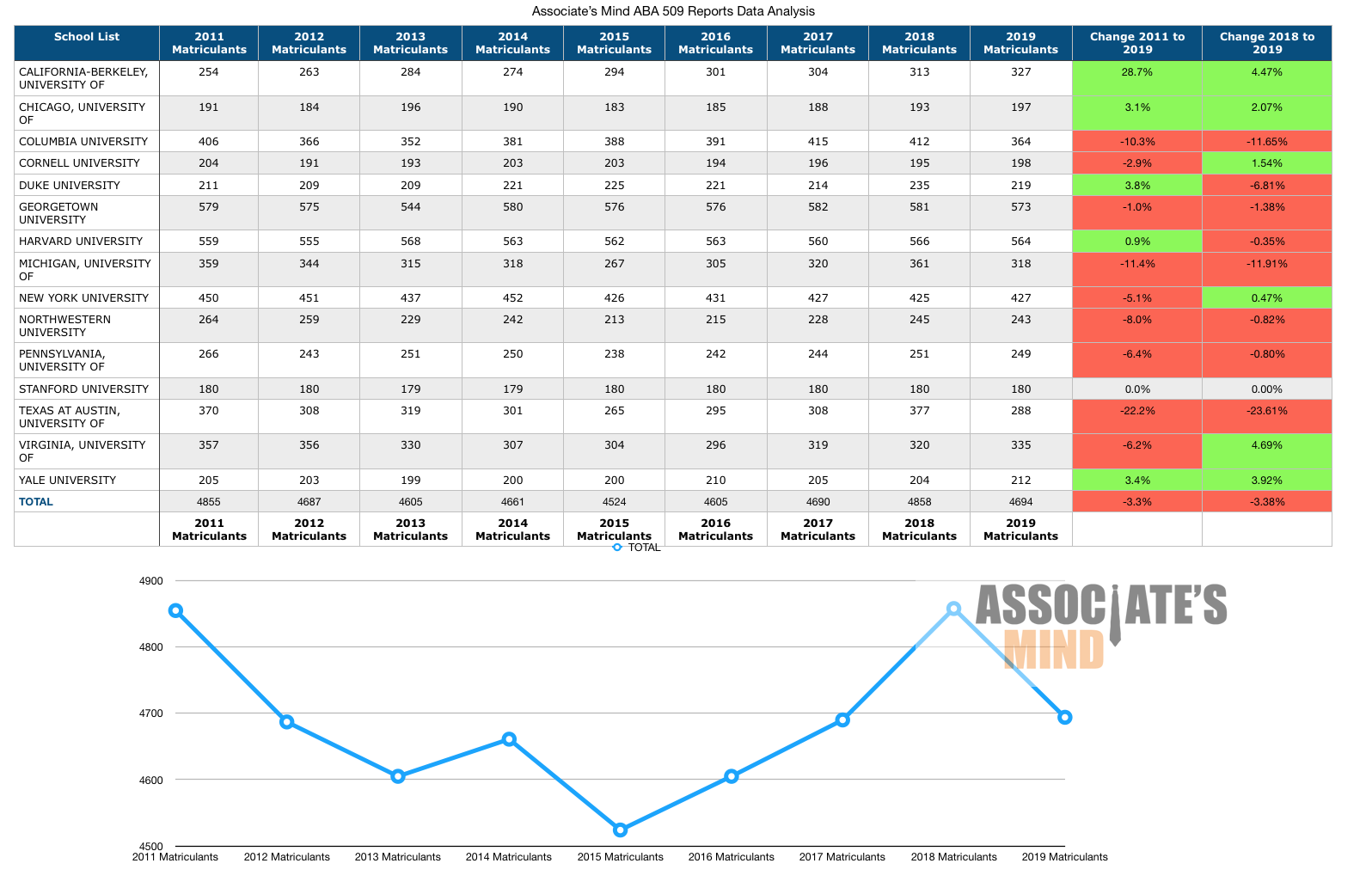 The elite law schools had a dip like everyone else. And last year they were right at their 2011 levels. But this year things dipped a bit again. Generally speaking, broader trends affecting law schools don’t really touch the elite school.

Also, what’s up with Stanford? They keep a set number of students no matter what?

The “Trump bump” was short lived. Sure more people are back at law school than a few years ago. But that growth is flat. If anything, I anticipate enrollment to begin to decrease again.

We are in the midst of systematic change to the legal profession. If you’re not aware of it – you’re not paying attention.

Sometime – maybe in the next five years, but certainly the next twenty – lawyers are going to play less and less of a role in many aspects of “legal practice.” In-house corporate departments have realized that they can control costs far better with their own “legal operations” departments; in which lawyers are only a small percentage. And now that model is trickling down to the rest of the industry.

States are exploring how to re-regulate the profession to allow non-lawyer equity ownership in firms, and relax the rules around UPL. Which means many law firms are no longer going to be lawyer-centered1Of course, good law firms are actually client-centered. In the above, I’m talking how law firms function operationally., but business-centered. There will be managers, designers, developers, and more. Legal services will be delivered through websites, apps, and services. Lawyers will only play a part of it.

Which, if you can’t put two and two together,2If you’re a lawyer, there’s a fair chance you can’t do basic math. means we’re going to need a lot fewer lawyers.

Want to talk about the future of the profession with other lawyers? LawyerSmack.