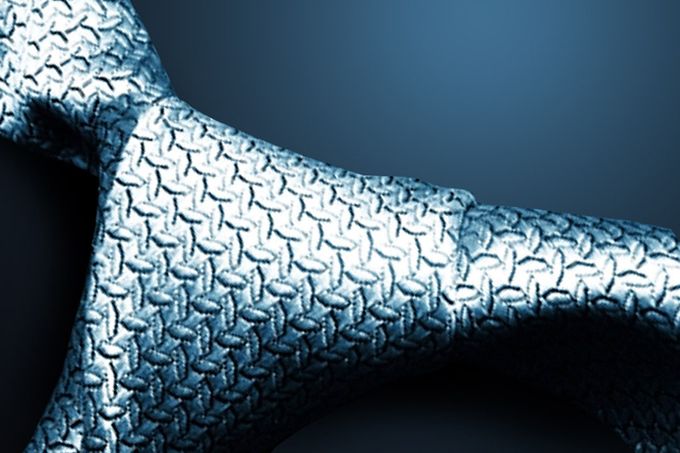 Quietly and without fanfare, the ABA 509 Required Disclosures website was updated with the 2015 reports. December 15th is the required reporting day, but you don’t see it mentioned that often. Law schools are required to post their 509 reports on their website by December 15th as well, but a number of law schools that I looked at have yet to do so.

I’m sure they’ll get around to it by the end of the day.

A note before looking at the data, I did not update the USNWR rankings for each of the schools. So the rankings listed by each school’s name is from 2014 (I’ll explain further on).

Yes, but does all this mean?!? I’m not sure at this point. People have been saying law schools are going to go out of business for awhile now and it still hasn’t happened. Things certainly don’t look good, but I think it’s going to take a few more years of this before law schools start closing shop. Honestly, in 4-5 years if all the doom and gloom has passed, and people begin to talk about a “lawyer shortage,” I bet people will start going back to law school in greater numbers. I definitely think we hit “peak” law schools numbers a few years ago though.

Looking at the data from 2011 to now, the overall decline in law school matriculants continues. If I were a law school administrator, I would be nervous looking at the long term trends. But what happens when we look at the year-to-year data? 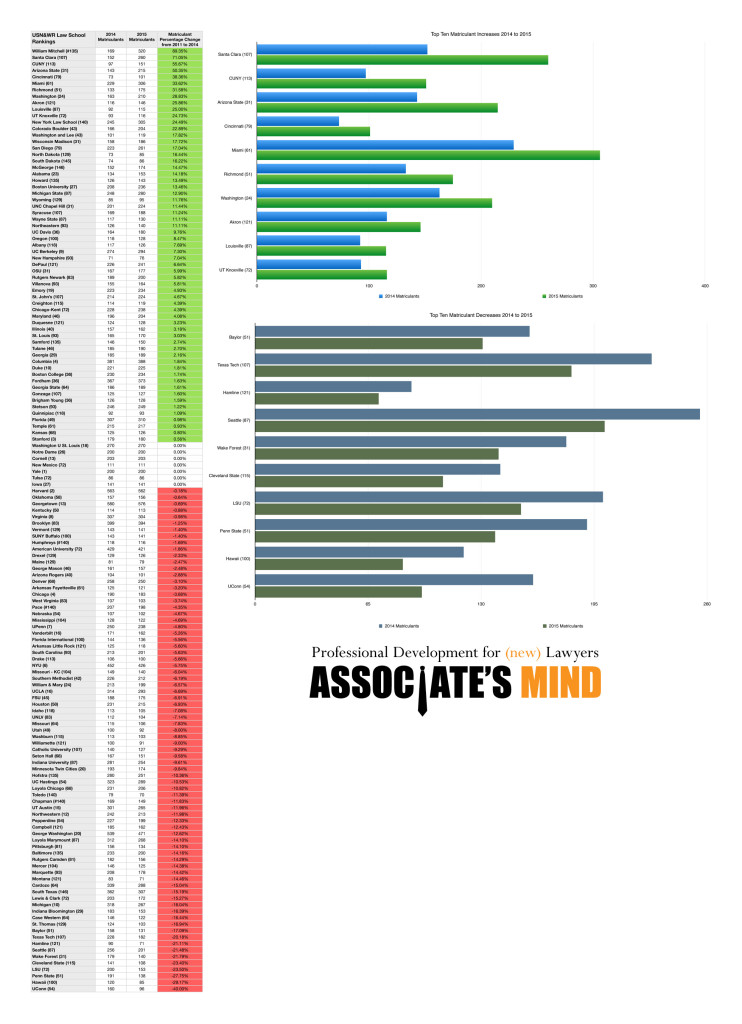 While the long term trend is down, the short term trend looks a bit better.

But I’m of the opinion that the USNWR aren’t really that significant except for the top law schools. Outside of the top 50 schools or so, I don’t think rankings matter. If a prospective law student is going to attend a law school outside of the top 50, they’re better off selecting a law school based on a combination of scholarships they can receive and the law schools regional reputation – not a national one.

Conflict of interest aside, I genuinely think AboveTheLaw’s Law School Rankings are a much better guide if you’re looking at getting into a top law school.  So let’s plug the matriculant data into their rankings. 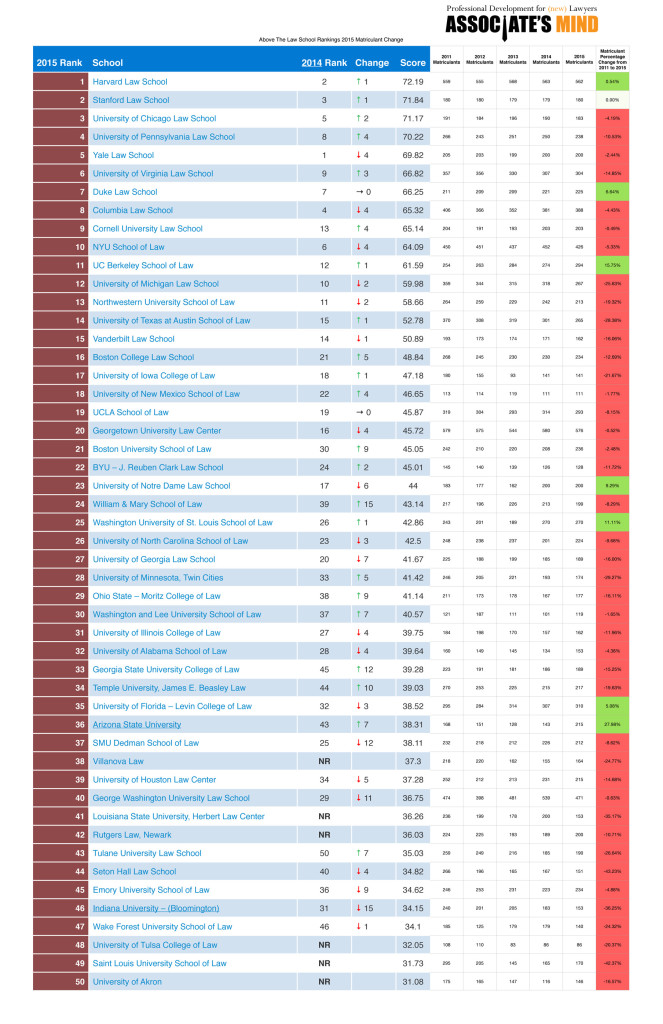 I think it’s telling that the majority of ATL’s schools are still on the decline. But if you look at the year-to-year, again, it doesn’t look as bad.

Right now I think we’re in a bit of a grey area for law schools. Still in an overall decline, but signs of a struggling comeback are starting to show up. I still don’t think we’ll ever return to the golden days of law schools (nor should we).

If the economy continues on as it has been, I expect we’ll see law schools to continue to make steady, small gains in matriculants, along with a few law schools closing. Yet if the economy slumps, or some other black swan event occurs that affects the legal industry, then I expect law schools will take the hit too and schools will go back into decline.

But it’s going to take a few more years until we know which way things are headed.

I’m going to kick the data around some more, so expect another update in a few days, particularly on the unranked schools.

Upon reading it, a federal judge said: “…if law schools wanted to be truthful about what they are selling, they should make every admission seeker certify that before mailing their application they have read Keith’s book.”