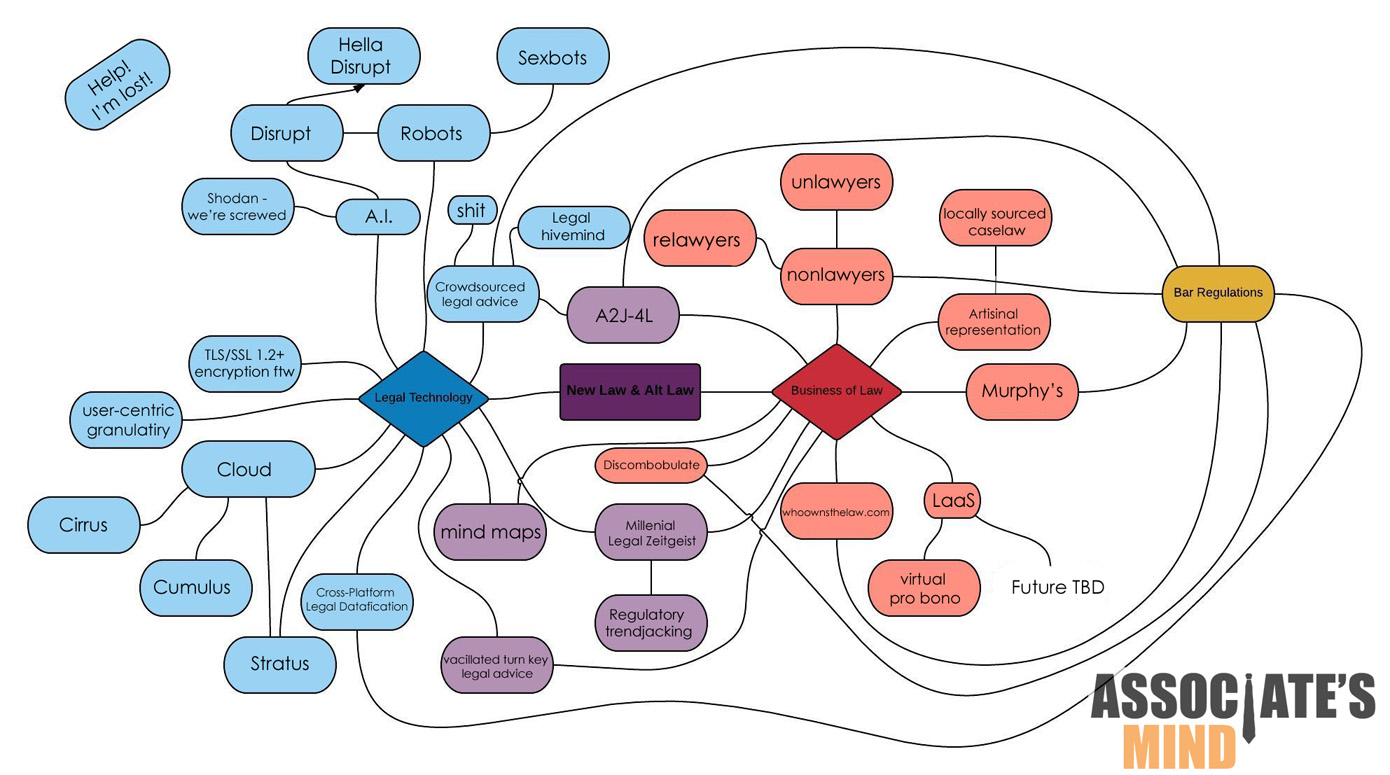 So a couple of days I gave the details on #LexTech16, a conference that a bunch of other lawyers and I were being critical of on Twitter. Mostly because a lot of the stuff that was being Tweeted out was fairly nonsensical. A day or so later, a lawyer in my Slack channel posted a link to An Atlas of New Law. Which is this thing that was made by Sarah Glassmeyer: 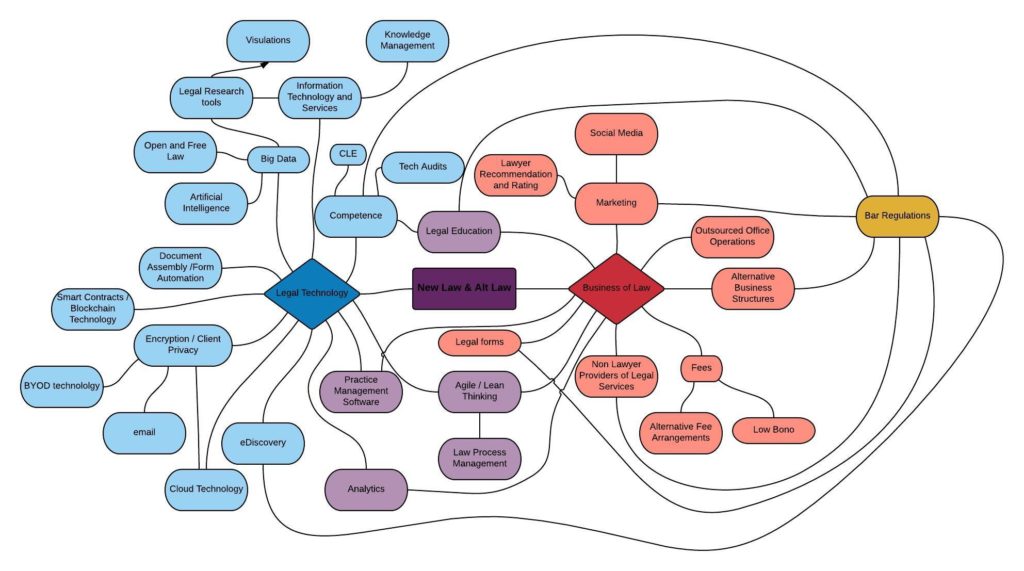 I was confused. So was everyone else. Like, there are a lot of words there. And lines! Do you see the lines? They connect to things. And there are different colors. Amazing.

Anyway, I went to see what Glassmeyer has said about her “mind map” on Twitter. 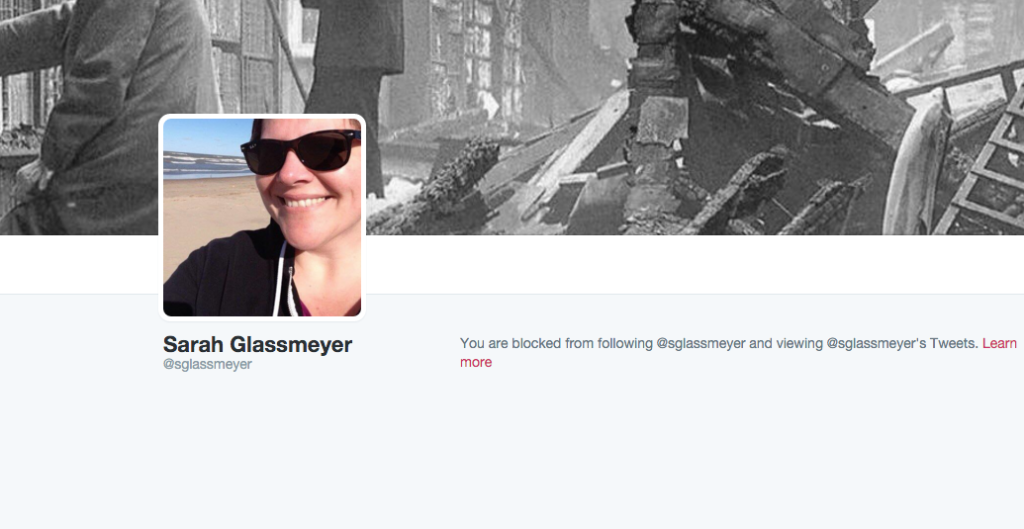 I don’t actually recall ever actually interacting with her. I checked my own Tweets and the only time I ever mentioned her was when I wrote Lawyers To Tech Crowd: LOL, Prove It at AboveTheLaw last Fall. Did I hurt her feelz? Maybe I run with the wrong crowd on Twitter? Regardless, I generally regard being preemptively blocked by someone as a win.

Anyway, I just looked at her Twitter profile while in Incognito. 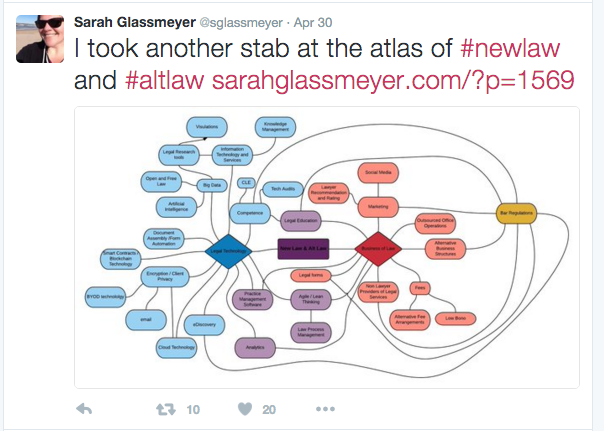 Double hashtags! Dastardly. I too can play that game. That’s why I went with the elusive quadruple hashtag. You can’t top that.

Glassmeyer also said “everything I produce here is Creative Commons licensed, so feel free to share/remix/reuse with attribution.” So that seemed like a good thing to do.

In the spirit of #Newlaw / #Altlaw /#Legaltech I crowdsourced the remixing of the graphic to my Slack channel (/giphy shoutout). Here are the results: 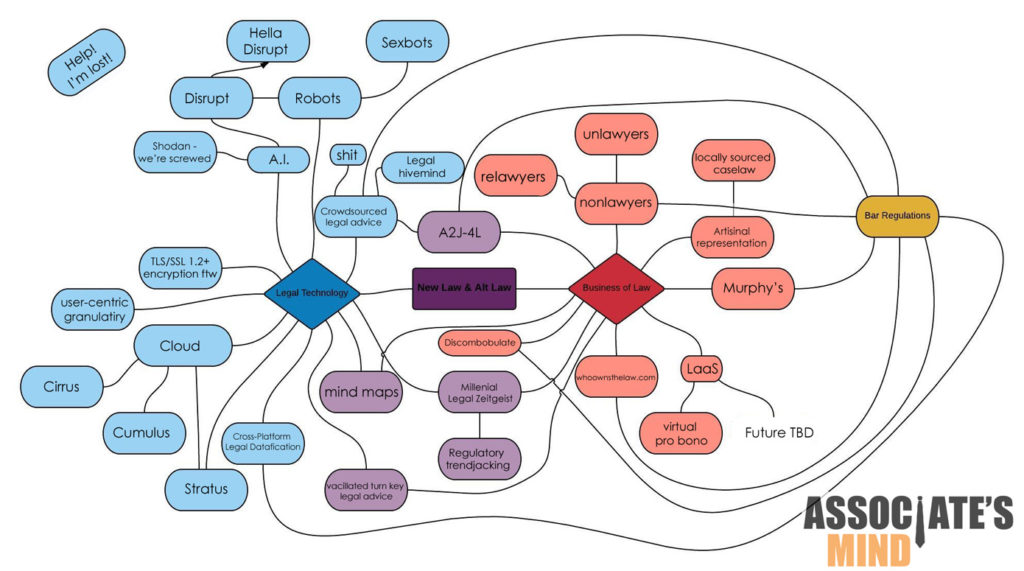 Boom. That is the future of law ladies and gentlemen. There’s no stopping it.

Anyway, with all this talk of Newlaw and Altlaw and Legaltech, it got me thinking about Oldlaw. Actually “Oldlaw” isn’t a thing. People just call them lawyers or law firms. We don’t have a cool name. But I thought it might be useful to do the same sort of layout thingy for lawyers and law firms. Y’know, so we don’t feel left behind. I spent a good long while thinking about how lawyers work and the structure of how they relate to practice, technology, business, and regulations. Here’s what I came up with: 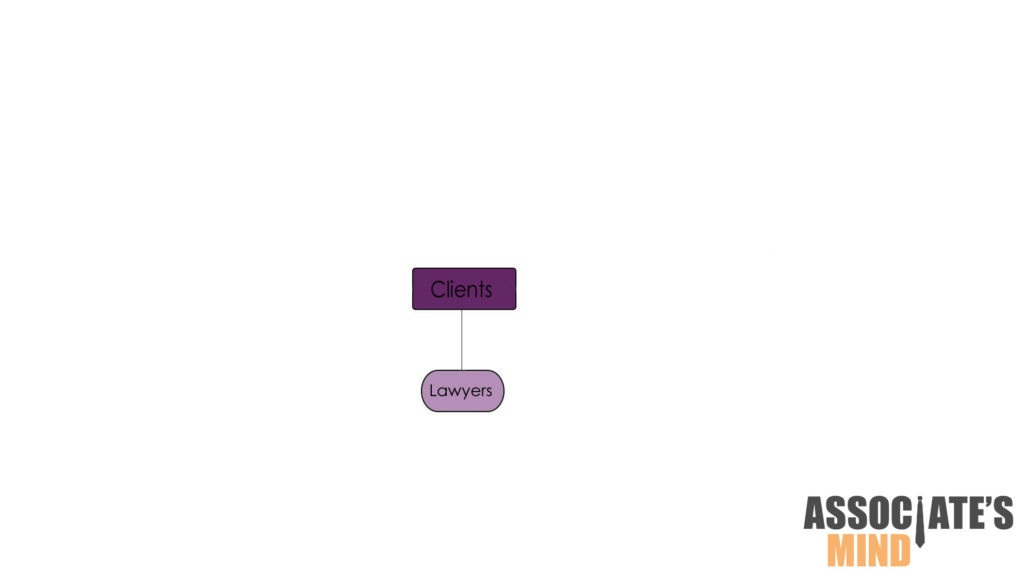 If that’s how you think of yourself as a lawyer, you should check out my book. It’s from the Chapter “The Privilege of Being A Servant.”