Do You Feed Your Résumé Or Your Eulogy? 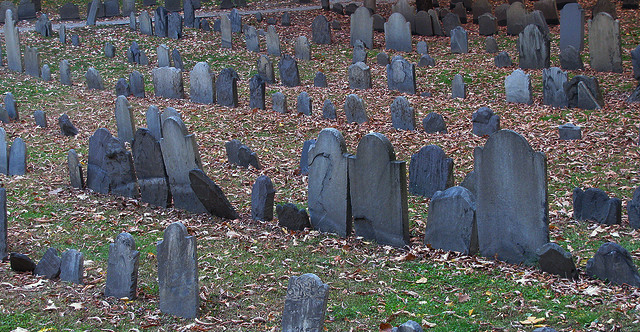 I’m not a huge fan of David Brooks, but on occasion his columns provoke thought or provide insight. His recent column for the New York Times, The Moral Bucket List, contained a passage that resonated with me:

This struck me as quite true.

As we live our lives we focus on résumé virtues because those are the things that get us our job and put food on the table. They’re the skills that help us provide for our families. They’re the day-to-day baseline functionality that all of us have to have in the modern world. We all develop these virtues to one degree or another.

But they account for nothing in the long run. Not unless you used them to build something – a company, a product, or a service that lives beyond you. But most of us don’t do that. We just trudge along with our résumé virtues until they are of no use anymore. Or we no longer have résumé virtues that people find appealing. Replaced by a shiny new piece of technology, or someone young, eager, and flush with some new set of skills that you vaguely heard about on NPR or something.

Résumé virtues are not listed at your funeral. Instead, people discuss if you were kind. How you treated your family and friends. Whether or not you left the world a better place in your wake.

As professionals it can be tempting to focus résumé virtues, especially while you are young. They seem powerful and necessary to make it in the world. That drive, focus, and tenacity are all that matters. Then using the skills you have acquired to do more and acquire more. Move up the corporate ladder. Get a raise. Make partner.

But it is detrimental to develop these virtues exclusively. You’re allowing your emotional self to whither. You’re starving your eulogy virtues.

If We Serve, We Feed Both

For professionals, particularly lawyers, this is due to having an inflated sense of oneself. It’s difficult to make it through the churn of college, getting a J.D., and then finding success in the most brutal legal job market in memory. Anyone who makes it through this likely has a healthy ego.

Plus, lawyers still retain an aura of respect that other professions do not. Lawyers are no longer held in the same regard they once were, but many communities still hold them in high esteem. Your résumé virtues seem impressive and important. It can be easy to let it go to your head. Only feeding the résumé virtues within you and letting the eulogy virtues lie fallow.

But that’s why it is important for lawyers to truly remember their place in society. In my book, The Marble and The Sculptor, I wrote a chapter entitled, “The Privilege of Being A Servant.” The idea of lawyer as servant is certainly not mine, nor a new idea. People have long described lawyers in such a way. But here is my take on it:

[Being a lawyer] is not glamorous; it is a solemn vow of service.  It is one of the great unknown truths to many who enter the profession.  Being a lawyer is not a grand role, nor is it a central one.  Lawyers are adjuncts.  They exist in support of other people and causes.

I often think of lawyers as samurai, as in its original intent – “those who serve in close attendance to nobility.”  While it is unlikely that a lawyer will have nobility as clients, the role of a servant in close attendance strikes me as an apt one.  That’s what you are as a lawyer.  A warrior who fights for others, those who cannot battle for themselves.  It is not an exalted role.  It is an inferior one.  It is deliberately placing others’ needs ahead of your own.  Lowering yourself so you can allow others to rise up.  You are not the master, you are the servant – and it is a privilege to be one.

If you are in professional services of any kind – lawyer, accountant, consultant – you are a servant. It’s right there in the description, professional services.Yes, you might have a white collar, but so does a priest under his cassock. You only exist so that other people may do better, achieve more, strive higher.

And retaining the mindset of a servant – humility, putting other’s needs before your own – goes a long way to developing eulogy virtues.

Do Not Erect False Barriers In Your Life

The point is to stumble forwards anyway. Consistently trying to better ourselves professionally and personally. Not erecting some false barrier between the two but embracing that if we want to live our lives with authenticity and virtue, then we need to recognize that our résumé virtues are not only part of our professional life. Nor are eulogy virtues exclusively part of our personal life.

Rather, the two are intertwined within us and both need to be nurtured if we want to live to our full potential in our roles as servants.