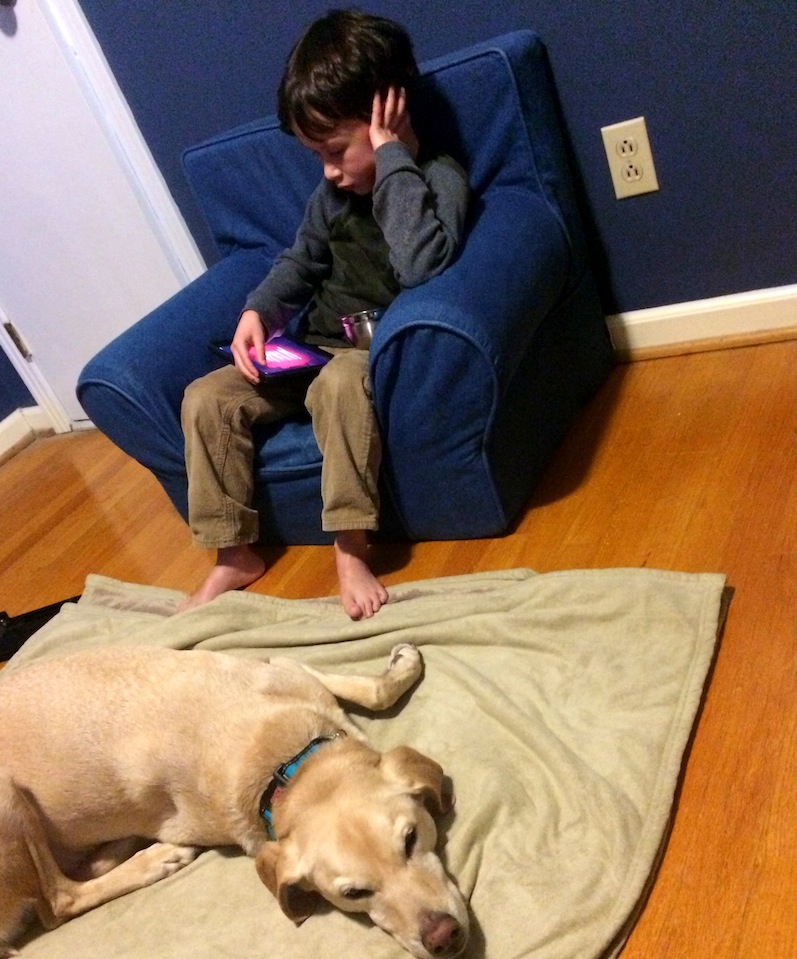 If you’re over 30, there is something you need to read in order to understand anyone under the age of 20. It’s a post on Buzzfeed showing how a typical teenager uses Snapchat, How To SnapChat Like The Teens. I’m going to pull out a few choice bits, but you should really read the whole thing.

I would watch in awe as she flipped through her snaps, opening and responding to each one in less than a second with a quick selfie face. She answered all 40 of her friends’ snaps in under a minute.

ME: I’ve seen how fast you do these responses… How are you able to take in all that information so quickly?
BROOKE: I don’t really see what they send. I tap through so fast. It’s rapid fire.

BROOKE: Parents don’t understand. It’s about being there in the moment. Capturing that with your friends or with your expression. One of the biggest fights kids have with their parents is about data usage.
ME: Really? Because you’re using too much?
BROOKE: Yeah. This one girl I know uses 60 gigabytes every month.

ME: How often are you on Snapchat?
BROOKE: On a day without school? There’s not a time when I’m not on it. I do it while I watch Netflix, I do it at dinner, and I do it when people around me are being awkward. That app is my life.

Before you dismiss the above as the vapid ramblings of a 13 year old girl, don’t forget:

In five years she’ll be able to vote and sit on a jury.

You think she’s going to sit through a televised presidential debate? Think you’re going to be able to capture her attention with your well reasoned arguments at trial?

Think you’re on Facebook too much? Afraid that you’re addicted to Twitter? Your social media use isn’t even a drop in the bucket in comparison to anyone under 20 years old.

There have always been generational gaps between the young and the old.

Children began to be the tyrants, not the slaves, of their households. They no longer rose from their seats when an elder entered the room; they contradicted their parents, chattered before company, gobbled up the dainties at table, and committed various offences against Hellenic tastes, such as crossing their legs. They tyrannised over the paidagogoi and schoolmasters. – Kenneth John Freeman summarizing Ancient Greek complaints on youth.

But through the 20th century, lifespans lengthened and technology exponentially expanded to devour the world. The gaps between generations grew wider. Accelerated.

How foreign must someone over 60 be to someone under 20? If you put a 65 year old and a 15 year old in a room together, how would they relate?

Someone 65 today was born in 1950. They remember when Eisenhower was President. Only three channels on television – black & white. Segregated water fountains.

Someone 15 today was born in 2000. The only president they’ve ever known is Obama. They’ve never owned physical media. They read about “September 11th” in history books.

They might be next to each other in physical space, but more than likely the 15 year old is somewhere else mentally.

The 65 year old will want to focus on what is present before them. Engage with those around them.

The 15 year old will want to focus on whatever is of interest to them, whenever and wherever that might in the world, delivered to them via the Internet.

I’m getting uncomfortably close to 40. I’m sandwiched in the middle of these generations.

Old enough (barely) to remember life before the Internet. Young enough to have always had a computer in my life, scraping by with a 9600 baud modem.

Change – revolutionary, radical change – has always been a part of the fabric of life.

I remember the Challenger exploding. I remember the Berlin Wall falling. AOL emerging. Learning about 9/11 on an Internet messageboard. Never owning a landline. Starting a hand-coded blog in 2002. Joining Facebook in 2006.

The world has always been about change. But now the fast-forward button on the change machine is stuck.

There is barely any time to digest and adjust to a change in the world before a new one occurs.

As you get older, change becomes more difficult. Change often means personal change. It means discarding old habits and learning new behaviors. It can be confusing. It can be frightening.

But all that has ever existed is change. There is no going backwards. You learn, adapt, or die.

Technology Is Just A Tool

That’s not to say that you should throw out experience, hard-won wisdom, or understanding that comes with maturity. It’s more important than ever if you want to generate work of real value.

If you want to be able to delve deeply into big problems, the ability to disconnect from the immediacy of social media is a rare and valuable skill.

But if it’s important for to you to reach younger people, to influence them in some fashion, then you’re going to have to move towards them to some extent.

Sometimes late in the afternoon my son and I (and the dog) will be at home before my wife gets home from work. We’ll be in my home office, me working, he on his iPad or iPhone. Yes, he has an iPhone. No, it doesn’t have wireless service. It’s an old one we don’t use anymore.

“I want to be with you Daddy!” Even though I’m working, he wants us to be together in the same room. I’m going to take that as long as I can get.

I’ll watch him on his Ipad. In and out of apps. Watching videos, playing this game or that. He’s never owned a computer he can’t touch.

The notion of computers or the internet as some separate thing, as opposed to being woven into the world, is a foreign idea.

I remember when he was around 3 years old, there was a period where he was confused by phone calls. We usually communicate to family and friends with FaceTime. He didn’t understand why the other person on the other end of a phone call couldn’t see him.

When he is 15 years old, Snapchat will likely be lame. Something old people use. There will be some other app, some other technology or platform that he and his peers will use. No generation wants to adopt and use the things their parents did.

Whatever it is, I’ll learn about it. I’ll take the time to figure it out. It will be strange and weird and different. But I’ll do my best to set my biases and prejudices aside and embrace the things he uses in his life.

“Daddy, I’m tired of playing on my iPad. Do you want to play Legos with me?”

I look at my computer, look back at him. Of course.

“I want to be with you buddy.”

P.S. – My new book on social media discovery is almost done. Look for it soon.