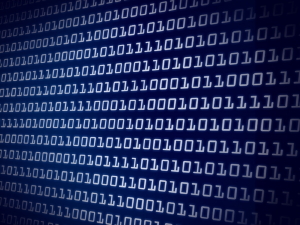 NOTE: The 2017 update to this guide is finally done!! You can download it here.

I initially wrote about how to subpoena various social media sites back in 2011. Seeing as it has been a few years I thought it was time to provide an update.

It’s worth noting that almost every site you attempt to subpoena will throw up the Stored Communication’s Act, (18 U.S.C. §2701) as a defense:

That is, they’ll all claim that it prevents them from “disclosing the contents of an account to any non-governmental entity pursuant to a subpoena or court order.” (EFF has a good overview of the law here). Which stands now, but I wonder how long it will really last. With so much information that could be highly relevant to a wide variety of civil cases now being stored in social media accounts, people are continually attempting to challenge the law (more below).

When it comes to email, courts have been disinclined to enforce civil subpoenas against these companies. See In re Subpoena Duces Tecum to AOL, LLC, 550 F. Supp. 2d 606 (E.D. Va. 2008) where the court held that there is no civil subpoena exception to the Electronic Communications Privacy Act (“ECPA”) or the Stored Communications Act (“SCA”) that permit the disclosure of the content of communications:

Here there is no pertinent ambiguity in the language of the statute. It clearly prohibits any disclosure of stored e-mail, other than as authorized by enumerated exceptions. Apple would apparently have us declare an implicit exception for civil discovery subpoenas. But by enacting a number of quite particular exceptions to the rule of non-disclosure, Congress demonstrated that it knew quite well how to make exceptions to that rule. O’Grady v. Superior Court, 139 Cal. App. 4th 1423 (2006).

Courts have ruled that email services fall under the category of ECS (see below). But results are mixed when it comes to social media postings (Facebook wall posts, tweets, shared photos, etc).

The most in-depth analysis to-date is found in Crispin v. Christian Audigier, Inc., 717 F.Supp.2d 965 (2010), wherein the defendant served subpoenas on numerous social media services and the plaintiff moved to quash, claiming protection under the ECPA. The judge held that social media services operate as both ECS and ECS providers:

After presenting background on the SCA, Judge Morrow addressed the primary issue of whether the subpoenas should be quashed under the SCA. Recognizing that no court “appears to have addressed whether social-networking sites fall within the ambit of the [SCA],” the court took a two-step approach. First, the court determined whether Media Temple, Facebook, and MySpace qualified as ECS providers under existing case law. Second, the court asked whether the specific content on these services met the definition of “electronic communications.” Ultimately, it concluded that the services operate as ECS and RCS providers at different times, depending on the content at issue. Harvard Journal of Law & Technology, 24 Harv. J.L. & Tech. 563, Spring, 2011.

For wall posts and other public or quasi public postings, the court found that, “in the context of a social-networking site such as Facebook or MySpace, there is no temporary, intermediate step for wall postings or comments. Unlike an email, there is no step whereby a Facebook wall posting must be opened, at which point it is deemed received. Thus, a Facebook wall posting or a MySpace comment is not protectable as a form of temporary, intermediate storage.” Crispin, 717 F. Supp. 2d at 989-90. Eventually, the court came to the conclusion that what matters is whether content posted on social media services is “completely public” or not:

Yet other cases have disregarded the SCA and allowed subpoenas to issue to social media providers, see Ledbetter v. Wal-Mart Stores, Inc.,  2009 WL 1067018,  (D. Colo. Apr. 21, 2009) (court found that the subpoenas were “reasonably calculated to lead to the discovery of admissible evidence as is relevant to the issues in this case.”) and Romano v. Steelcase Inc., 907 N.Y.S.2d 650, (Sup. Ct. 2010) (court found that defendant’s request fell within the scope of permissible discovery under New York evidence law and production of said documents did not violate the plaintiff’s right to privacy). For criticism/discussion of Romano, see Deleted Facebook and MySpace Posts Are Discoverable.
So is social media information accessible via civil subpoena? Who knows. Courts are all over the place with it. If you do want to subpoena a social media account, I’d say your best bet is to: