“There are some people who I would wish to offend.” 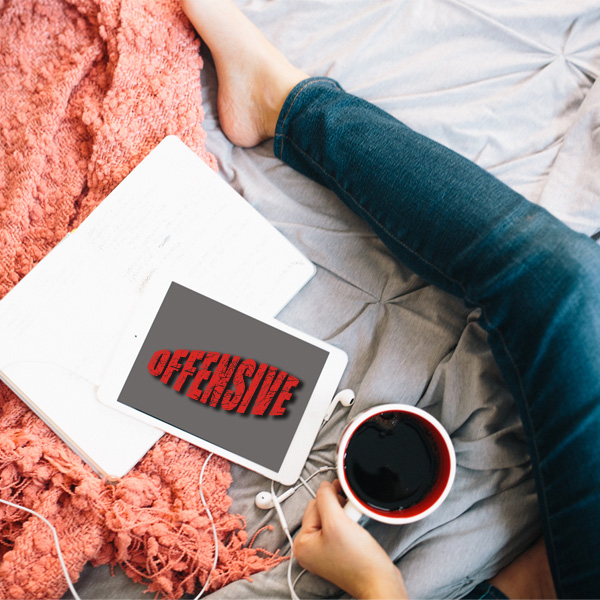 So said a former chairman of the BBC. I recently heard the phrase repeated by Monty Python co-founder John Cleese.

If for some reason you don’t know who or what Monty Python is, they were a surreal humor group from which almost all humor in modern media is a descendant. Cleese recently did a video for the internet forum Big Think, where he discussed the rash of over-sensitive political correctness that has caught hold of  many people in society, particularly Millennials. The video is only a couple minutes long and well worth watching.

“If people can’t control their own emotions, then they have to start trying to control other people’s behavior.”

Which is fairly accurate given a lot of  behavior you hear about these days. People are constantly taking offense at one statement or the other. Articles come with “trigger warnings.” Students demand “safe spaces.” It seems as though Millennials want to pre-screen and filter almost any information before they are actually exposed to it.

Is it that really surprising?

The concept of an overarching “mainstream” culture is slowly crumbling. We live in an era of self-selection.  No one has to watch or listen to anything they don’t want to. There is always another station, channel, website, or app. If something doesn’t 100% conform to your pre-existing biases, there is no need to pay it attention. Only a click away you can find something that will spoon-feed you only the things you want to hear or see.

Largely speaking, people choose information sources and networks that confirm their pre-existing biases and preferences. This is known as a confirmation bias; the tendency to search for, interpret, favor, and recall information in a way that confirms one’s beliefs or hypotheses, while giving disproportionately less consideration to alternative possibilities. People try to only see what they want to see.

Do they embrace challenge as a fuel for growth? Or do they shut it out and try to never allow it to be in their presence again?

It made me think about the time I wrote about my experiences as an uchi deshi a few years ago. I’ll repeat it below:

To Sharpen Is To Destroy

When I was an uchi-deshi, there were special classes reserved for senior students called kenshu (“sword sharpening”).

During these classes, students sat in seiza (“proper sitting”) for 30 minutes or so, listening to the instructor lecture on a multitude of topics. History, philosophy, subtle points of techniques, themes, etc. If you haven’t come from a culture where sitting in seiza for extended periods of time is the norm, it’s very uncomfortable. Like tough to stand up afterwards, you can barely walk, uncomfortable.

It was aggravating. It was boring. It was difficult. Deliberate, long, tiresome, and trying. After the tenth repetition of a movement I would grow bored. At the thirtieth, my mind started to wonder. At the sixtieth I was barely concentrating. At the hundredth, my mind was still and there was only the movement.

As the uchi deshi, I was also the dedicated partner of the instructor (IE – all demonstrations by the instructor were done on me, I was the “training dummy.”) Instructor need to explain fine point of a throw a dozen times? I took a dozen falls.

Student needs to see it from a different angle? A half dozen more falls. Moving among the students as they begin to practice? I trailed behind the instructor, waiting to be used thrown again and again. Somewhere around the fortieth time you’ve been thrown to the ground in under half an hour, you sort of become numb to it all.

When the class was done, I would be bruised mentally and physically. Tired of training, tired of sitting, tired of thinking. Often times I felt broken (sometimes literally) after class, lying on the slim tatami that served as my bed. Beaten down and stripped away. 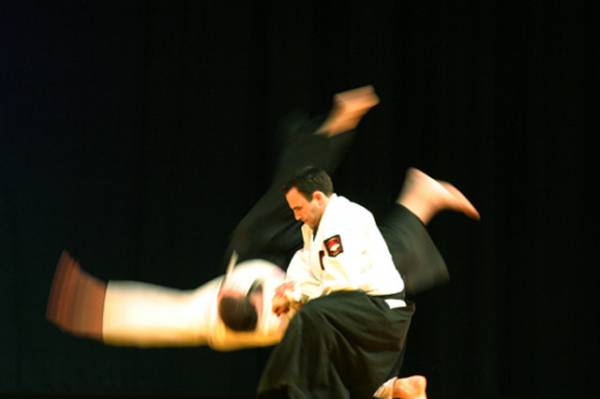 But that’s the point. To bring an edge to a blade, to make is capable of cutting and piercing, it must be ground and filed. The metal on the blade must be removed – broken away –  again and again before the edge is revealed.

An edge is never “created” – it always exists innate in the metal. The potential to cut lies hidden. In sharpening a blade the excess is stripped away, revealing the inherent edge in the metal.

It’s been ten years since I was an uchi deshi (and seven years since I’ve trained in Aikido regularly) and I can explain, in exacting detail, the intricacies of a technique. I can explain why dogi are worn left over right. I can discourse on fuboku no oshie from memory. I can take a fall on concrete and pop right back up. All of this is possible because I was broken down repeatedly.

Instruction, examples, and demonstrations were plentiful. Praise was slim. I look back on it with fondness.

Seek out those that will grind you down and reveal the edge inside of you.