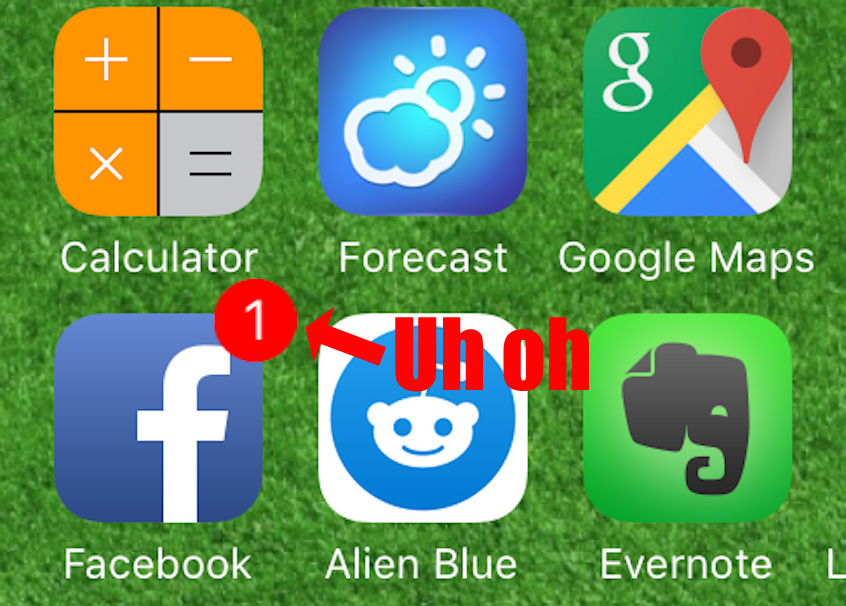 What constitutes communication now that social media has consumed the world?

The last one of those constitutes communication enough to be in violation of a court order and land you in jail.

Maria Gonzalez was not allowed to contact her sister-in-law Maribel Calderon. The New York Law Journal reports, though, that Gonzalez tagged Calderon in a Facebook post and is now being charged with second-degree criminal contempt because of the alleged tag…

Gonzalez moved to dismiss the charge because the order of protection placed on her didn’t specify that tagging Calderon in a Facebook post would be a violation. But Westchester County Supreme Court Justice Susan Capeci denied the motion. Capeci noted that the wording in the order forbade communication through “electronic or any other means.”

If there is one thing you don’t want to do with a judge, it’s try to get cute. Imagine the following:

Judge: “No communication with the other party whatsoever.”

Accused: “Well, technically you didn’t say I couldn’t tag on them on social media, so that must mean it’s okay right?”

Accused: “I didn’t message them! I just tagged them. It’s different!”

When a judge issues an order prohibiting communication between two parties, it means any communication, whatsoever. In this instance, Gonzalez’s tagging her sister-in-law could lead to her being in jail for up to a year.

Perhaps Gonzalez had no clue that by tagging Calderon, she would be notified of it. There is a presumption of innocence, not intelligence.  And had that been the excuse, perhaps the judge, after shaking her head, would be persuaded to give Gonzalez a second change together with a stern tongue-lashing…

While the analysis isn’t nearly as straightforward as, say, walking up to a person and saying something to their face, it’s disingenuous to contend that digital passive-aggressive communication is any less communication.

Yes, social media is brand new and shiney. There are always new apps and gadgets being brought to market. But they’re just tools like any other. Just another medium for communication no different than a phone call or email.

People can’t turn to social media and try and wiggle around a court order. It wouldn’t matter what jurisdiction this happened in, a judge is likely going to conduct a duck test:

If one of your clients has some type of restraining order, tell them not to do it.

Speaking of social media, I’m almost done updating my Social Media Subpoena Guide (see below) into a full book for 2016. It’s taken a bit longer than I had hoped, but I want to make sure that it’s the best one-stop shop for getting up-to-speed on social media discovery. It will be available on Amazon in the next couple of weeks.