How To Get Disbarred In 5 Easy Steps! 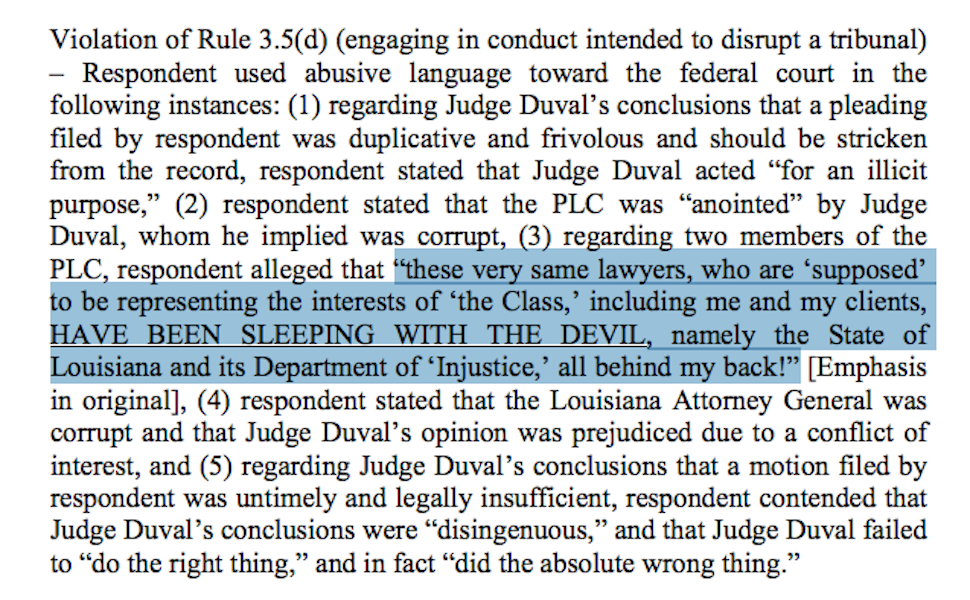 With some regularity, some pretty funny stuff occurs in the legal world. Like the time I found the best courtroom transcript of all time.

THIS IS THE BEST COURTROOM TRANSCRIPT OF ALL TIME. https://t.co/Vb4C3qXg2x pic.twitter.com/ZvII3Z6JUa

And last week I stumbled across this hilarious motion heading in a lawsuit against Buzzfeed.

This type of stuff crops up more often than you’d think. To wit, I’m getting ready to head to New Orleans this morning for the ABA Business Section MidYear meeting where I’m giving a presentation. So I start browsing around Louisiana legal news to see if anything interesting has occurred recently. And it has.

I came across a pretty fantastic opinion from the Supreme Court of Louisiana regarding a lawyer’s recent disbarment. Normally I wouldn’t shine a light on another lawyer’s disbarment but it’s pretty clear this guys shouldn’t be representing anybody – not even himself.

Just to set the stage, apparently when Mr. O’Dwyer was informed of his suspension, he stated “the en banc federal court that it ‘may as well disbar him, forever, because he has no intention of ever complying’ with the requirements of the suspension order.” A few other highlights from the opinion. 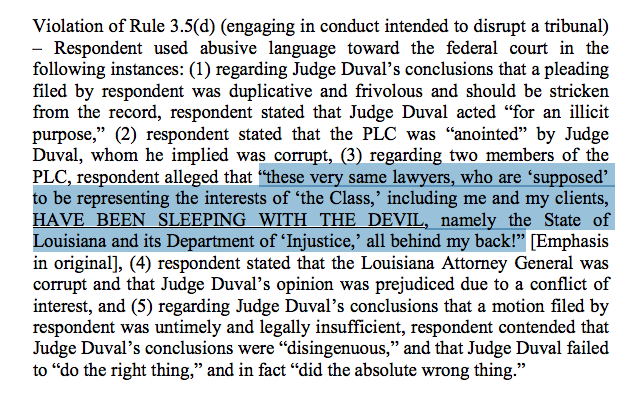 Accusing co-counsel of SLEEPING WITH THE DEVIL, and labeling the Louisiana Department of Justice as the devil…maybe not the best idea.

Frivolous lawsuits, racial slurs, obscenities and other unprofessional and discourteous language like RICO (As Ken White is fond of pointing out, it’s never RICO!) 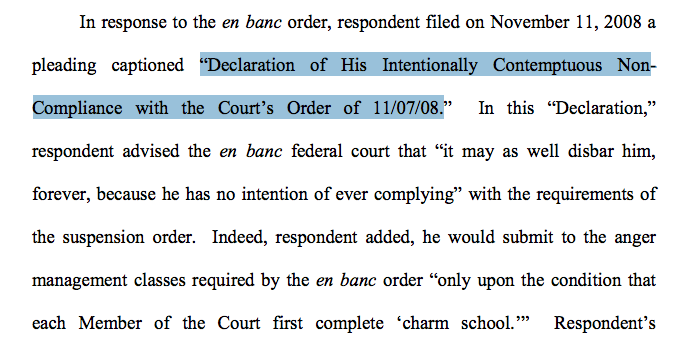 That is another pretty amazing Motion heading. But of the “metaphorical middle finger to the court” variety. 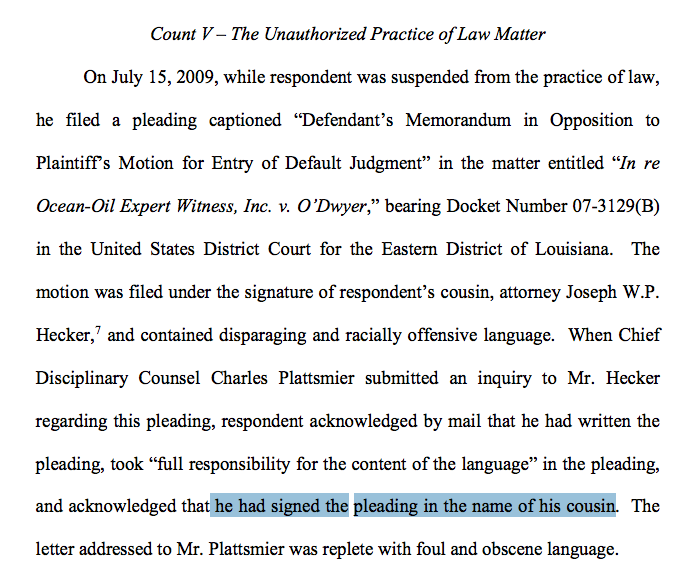 Court: Mr. O’Dwyer, did you file the motion filled to the brim with disparaging and racially offensive language?!

Mr. O’Dwyer: Naw man, that was my cousin.

I don’t think it needs to be said, but FYI: If you’re frustrated with a court’s actions, stating that you might get angry and go down to the courthouse and murder them, you’re going to have a bad time. And US Marshals at your doorstep.

Anyway, this is all the tip of the iceberg, the entire the is filled to the brim with ridiculous activity. You can find the opinion on the Court’s website or just read the whole thing below.