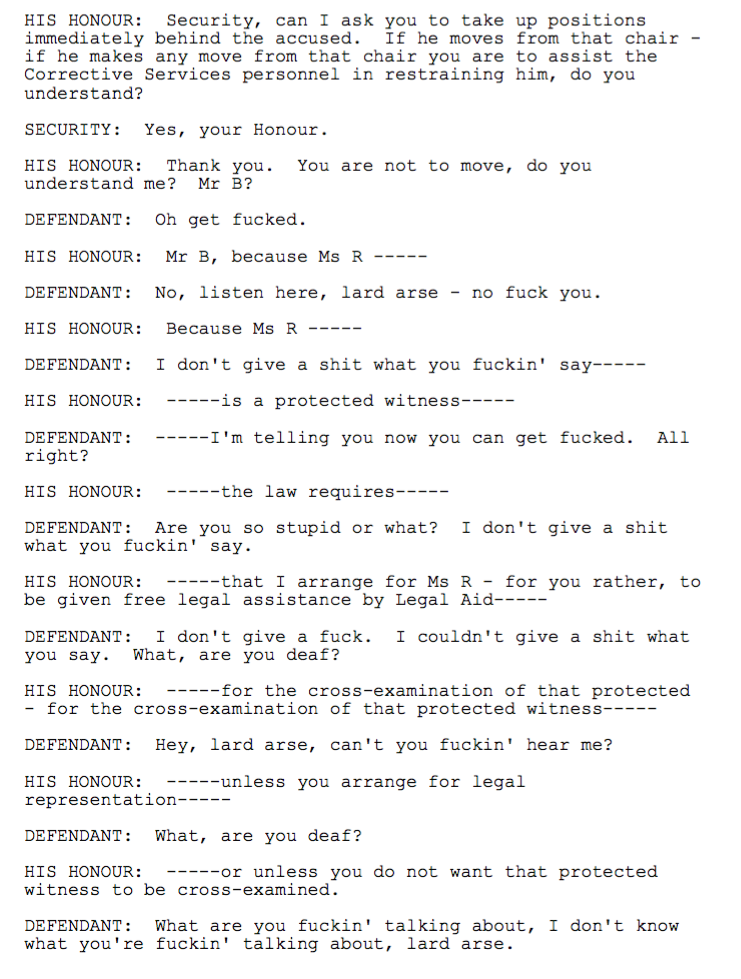 So….maybe you saw that courtroom transcript that I shared yesterday floating around the Internet.

THIS IS THE BEST COURTROOM TRANSCRIPT OF ALL TIME. https://t.co/Vb4C3qXg2x pic.twitter.com/ZvII3Z6JUa

It’s pretty incredible really. I didn’t expect it to end up on Gawker, the Washington Post, Rolling Stone, etc but I think they have a penchant for courtroom drama now given recent events.

If you want to skip Gawker commentary and read the transcript (which you should), head straight here. Even better, just watch and listen to Rick and Morty’s re-enactment:

Of course, that immediately brought recommendations of other amazing and hilarious courtroom transcripts from other people. In case you’ve forgotten or missed any of these, here are a few highlights:

F*ck This Court And Everything It Stands For

I incurred PACER charges to bring you this https://t.co/5u0Qwg7r1w cc: @popehat

A pro se litigant was unhappy with a court’s decision. But I repeat myself.

Anyway, she filed a motion letting the court know her true feelings on the matter. 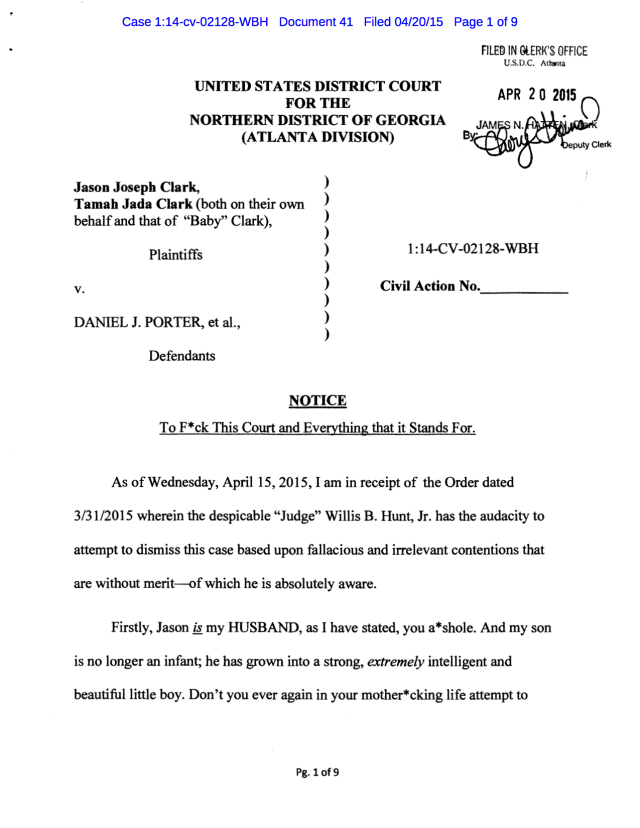 Verbatim: What Is A Copier?

While not accurate to how it went down, brilliantly enacted by the NYT:

Former Clippers’ owner Donald Sterling gave a bizarre, rambling, and sex-fueled deposition a few years ago which led to him being forced to sell the team. 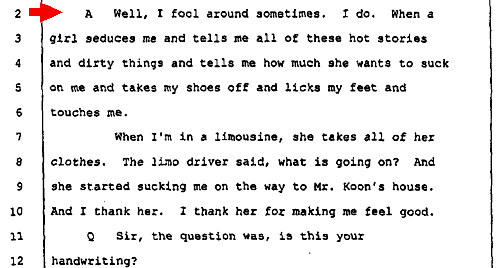 In the Georgia transcript there was an exchange between the court and the defendant that displayed the judge’s quick wit: 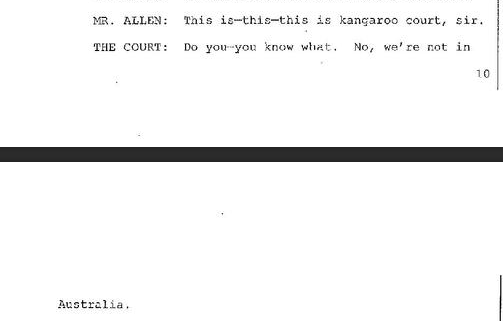 It just so happens, there was a similar exchange in a courtroom in Australia a few years ago. But instead of “Fuckman-Ass” Judge and “Donkey-Dicked” Murder Suspect, we get “Judge Lard Ass:”

You can read the whole thing below:

(h/t to Oliver Meehan for pointing it out)

Did I miss anything? Is there some fantastic exchange in a legal setting that should be included? Make a suggestion below or shoot me an email.

And of course, for assorted other legal hilarity, you should regularly read Lowering The Bar. Kevin’s book is good too.