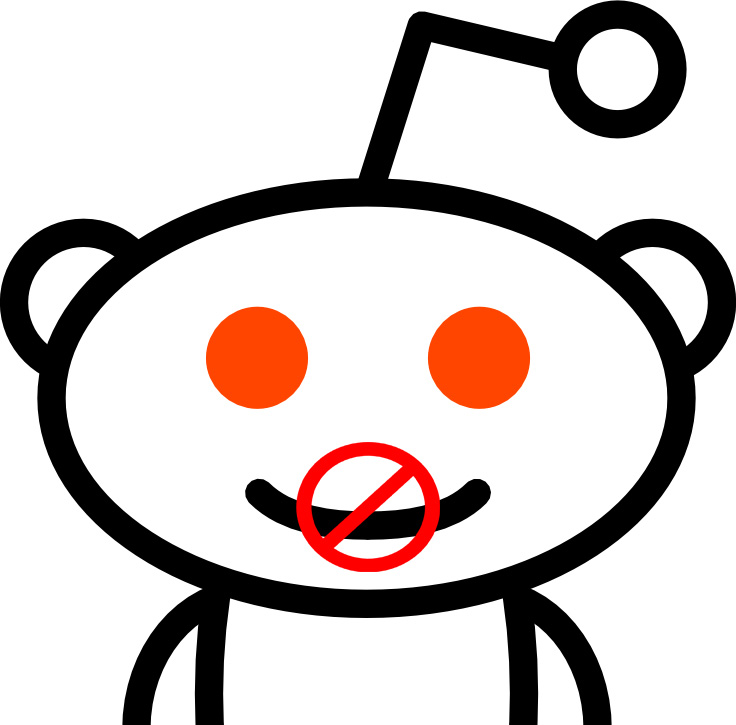 One of my long-running themes regarding technology companies is that they often act without taking into consideration the legal repercussions of their actions. I know that tech companies believe they need to move fast and break things, but not if one of those things is the law. Hence the mantra:

Lawyer up before you startup.

In today’s example, one of the largest websites in the world, Reddit:

On Wednesday afternoon, members of “The_Donald” noticed that their posts had changed without their knowledge or consent: Instead of referencing Huffman himself, the posts now hurled the same expletives at the moderators of the “The_Donald” community.

Angry “The _Donald” members accused Reddit leadership of modifying or otherwise censoring their posts — which turned out to be correct, when Huffman posted the following comment, confessing that it was him personally who was performing the changes (with expletives taken out):

Yep. I messed with the “f**k u/spez ” comments, replacing “spez” with r/the_donald mods for about an hour. It’s been a long week here trying to unwind the r/pizzagate stuff. As much as we try to maintain a good relationship with you all, it does get old getting called a pedophile constantly. As the CEO, I shouldn’t play such games, and it’s all fixed now. Our community team is pretty pissed at me, so I most assuredly won’t do this again.

Frequently being labeled a pedophile and being told to “fuck yourself” isn’t fun. It’s a frustrating situation. But Huffman’s response was an egregious overreach of his power and authority. He likely did so only because he thought it would go unnoticed. But instead he was caught with his hand in the cookie jar.

It’s particularly egregious when you take into account that the comments Huffman changed were in a thread that was cited in a Washington Post story. This was Huffman essentially putting his thumb on the editorial scale for any readers coming from the Washington Post. It was an attempt to influence people’s perception of an ongoing news story.

This all comes about as another tale of an internet media company is winding down – Gawker. Gawker was the salacious media blog that was sued into oblivion earlier this year:

In March 2016, Hulk Hogan was awarded $140 million in damages by a Florida jury in an invasion of privacy case over its publication of a sex tape. Gawker lost the case, and on March 18, Hogan was awarded $55 million for economic harm and $60 million for emotional distress. On March 21, 2016, the jury awarded Hogan a further $25 million in punitive damages. On November 2, Gawker reached a $31 million settlement with Bollea.

It’s largely fallen out of the news at this point. People think it’s wrapped up. But not quite. There remains the matter of Meanith Huon V. Nick Denton, et al., No. 11 CV 3054 (7th Circuit), whose opinion was released just last week. Here’s a recap:

The legal website Above The Law (ATL) published a story accusing Huon of rape. But the allegations had been discredited.

Gawker, really Jezebel, published a post on the story as well, refencing ATL. In the comments to the post, there were frequent attacks on Huon’s character and further allegations that he was a rapist.

Huon sued ATL & Gawker for defamation. ATL settled. At the District Court level, where the lawsuit was originally filed, it was dismissed as to Gawker on the basis of a reporting privilege and under 47 U.S.C. § 230, a Provision of the Communication Decency Act.

I’m going to take a detour for a moment because understanding 47 U.S.C. § 230 (Section 230) is what this all hinges on. Here is the Electronic Frontier Foundation’s straightforward explanation:

‘ Section 230 says that “No provider or user of an interactive computer service shall be treated as the publisher or speaker of any information provided by another information content provider” (47 U.S.C. § 230). In other words, online intermediaries that host or republish speech are protected against a range of laws that might otherwise be used to hold them legally responsible for what others say and do.

The protected intermediaries include not only regular Internet Service Providers (ISPs), but also a range of “interactive computer service providers,” including basically any online service that publishes third-party content. Though there are important exceptions for certain criminal and intellectual property-based claims, CDA 230 creates a broad protection that has allowed innovation and free speech online to flourish. ‘

Think of it like a billboard at a local college. The college puts a billboard up for students to make community announcements. The college never uses it. Then Adam writes something defamatory and false about Betsy. Betsy is upset and sues Adam and the college. A court would allow the lawsuit to proceed against Adam, but not the college because they just provided the platform and had nothing to do with the comments.

Got it? Good, keep this in mind and let’s get back to Gawker.

Huon appealed the district court’s decision to the 7th Circuit Court of Appeals. The Court largely upheld the lower court’s decision. Except it reversed the lower court’s on one aspect of the case. It held that Gawker was not passively providing a platform, but was actively acting as an “information content provider”1 The term “information content provider” means any person or entity that is responsible, in whole or in part, for the creation or development of information provided through the Internet or any other interactive computer service. 47 U.S.C.§ 230(f). by way of its editors authoring defamatory comments to its story.

Huon argues that the Act is inapplicable here because Gawker’s comments forum was not a mere passive conduit for disseminating defamatory statements. Rather, Gawker itself was an information content provider, insofar as the Gawker Defendants…(4) employed individuals who authored at least some of the comments themselves. Huon at 13.

Huon has adequately pleaded that at least some of the allegedly defamatory comments were authored by Gawker employees—thus making Gawker an “information content provider” under § 230(f). Huon at 15.

Because Gawker’s editors were (anonymously) authoring comments themselves, they were exerting active authorial control over the information on their forum. This led the court to labeling them an “information content provider” and prevents them from claiming Section 230 protection. The lawsuit gets to proceed.

Starting to see how relates to Huffman’s actions at Reddit?

By editing users’ comments to reflect something other than their original intent, Huffman changed himself and Reddit from being an “interactive computer service”2The term “interactive computer service” means any information service, system, or access software provider that provides or enables computer access by multiple users to a computer server, including specifically a service or system that provides access to the Internet and such systems operated or services offered by libraries or educational institutions. to an “information content provider.” i.e. If Huffman or Reddit are sued, they cannot claim Section 230 immunity from a lawsuit.

In common parlance, he totally fucked up.

That the CEO of a media company so flagrantly violated the integrity of the copyright of its users is insane. It represents a complete lack of understanding of the ethical, moral, and legal duties he has to his customers and his shareholders. Huffman has potentially exposed Reddit to legal liability through his actions. By any account, it’s a breach of his fiduciary duty to shareholders.

Not to mention that what Huffman did is a violation of Reddit’s User Agreement and Content Policy. So by their own Terms of Service, they should ban or censor their CEO. Nice move.

Furthermore, Huffman was practically gloating about it in a leaked Slack thread shared by Mike Cernovich:

Before this instance, people were unaware that Reddit employees had the ability to actively edit users’ comments. Now that it is common knowledge, the natural question…how often has this happened before?

Huffman and Reddit may claim that this was an isolated incident, but given the egregiousness of his behavior and the public statements made by Reddit employees in the past year, it’s difficult to imagine that many will take any such statement at face value.

By Huffman’s actions, he has exposed Reddit to liability and the possibility of defamation lawsuits from untold parties. Huffman seems to think he can sweep this aside with a “LOL, whoops, my bad.” But Huffman isn’t just some guy running a small message board where his actions have little consequence. He is the chief executive of one of the largest social media discussion sites in the world.

And Huffman actively created one of the worst scenarios I can imagine for an executive of an online media company.

This was a colossal failure on his part.

Aside, for all my brother and sister lawyers out there:

For any lawsuit that, currently or in the future, involves content appearing on Reddit in any fashion, it seems reasonably prudent to:

I wouldn’t take the word of anyone at the company during routine discovery.