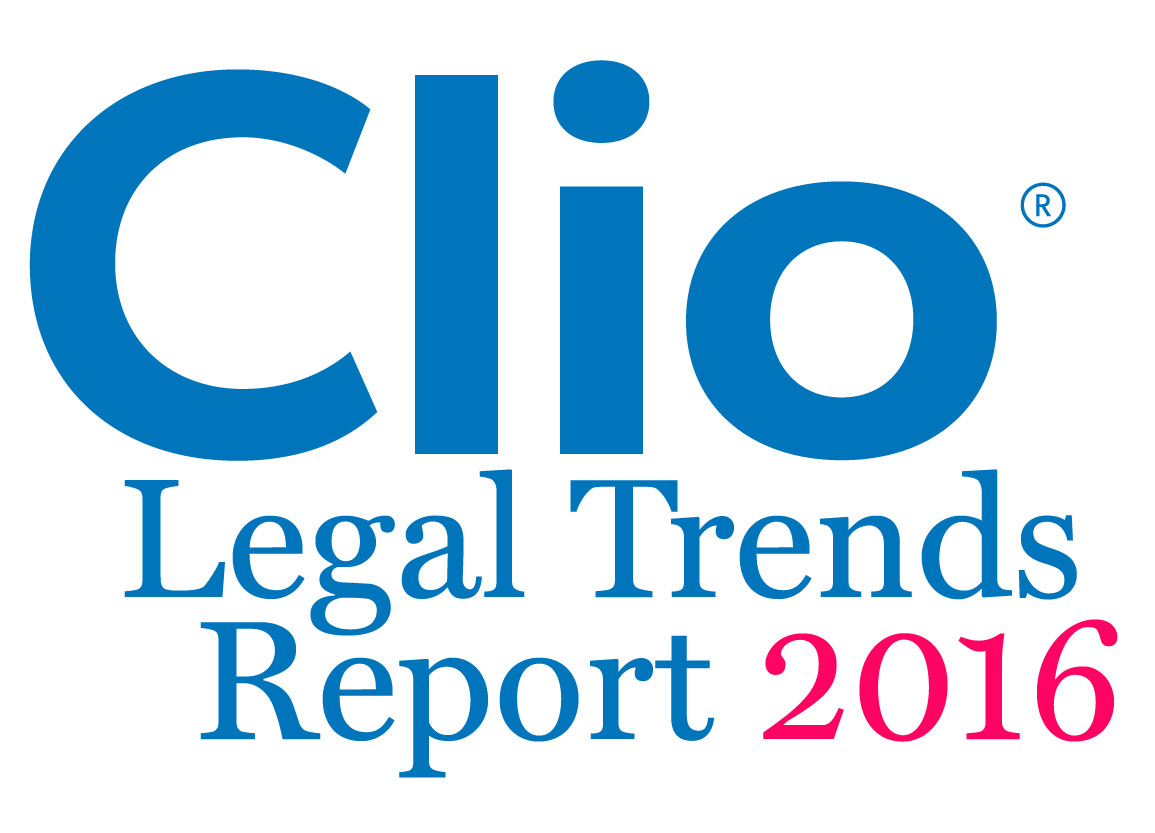 For the first time ever Clio, the leading law practice management platform, has released its Legal Trends Report. Clio describes the report as:

…the first ever data-driven report on the legal industry. It’s aimed at helping lawyers understand how the legal profession is evolving and how they can make better business decisions.

Past reports on the legal industry have been based on survey responses, rather than raw data. This is problematic, as survey respondents often provide information that is inaccurate—or at least less accurate—compared to raw data…

However, the Legal Trends Report leverages data from Clio to provide up-to-date, accurate information. “You can think about the legal trends report as a State of the Union for the legal profession,” CEO Jack Newton said.

Lofty statements and lofty goals. Let’s see how they stack up.

The Clio Legal Trends Report isn’t the first report on the legal market of course. There are many others:

In the Legal Trends Report, Clio used their unique position as the provider of practice management software to study the habits of the lawyers that use its service. As a result, aggregated and anonymized data from approximately 40,000 active users to provide insight into national and state-level trends – as a whole, and within practice-specific areas. Some highlights: 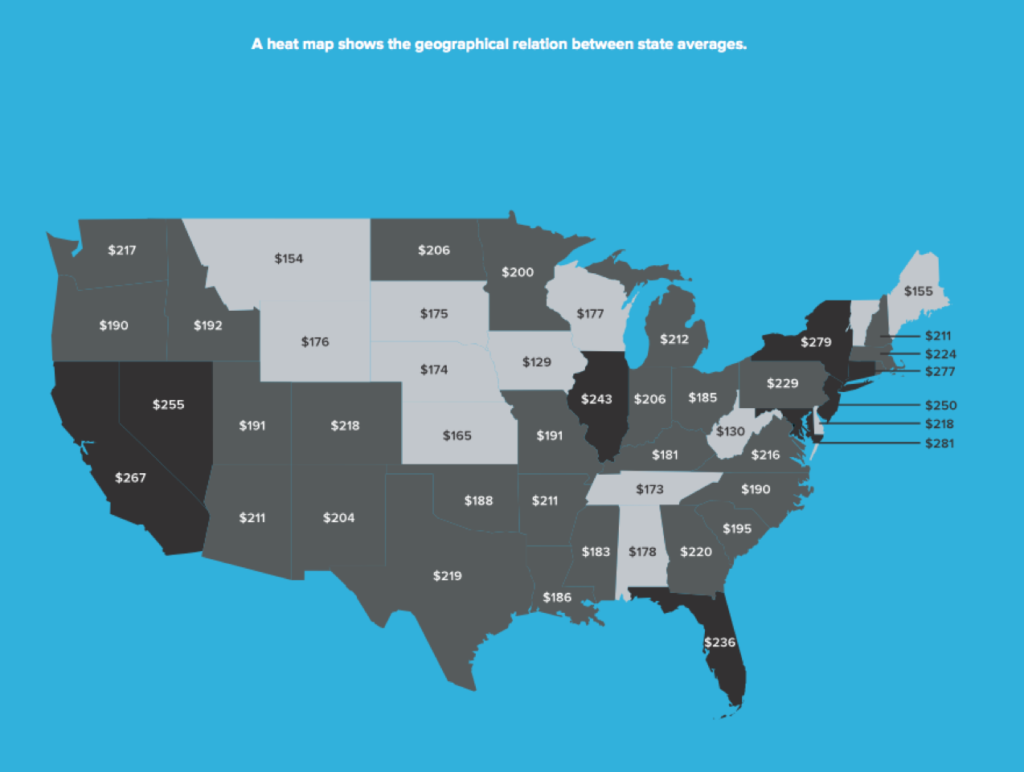 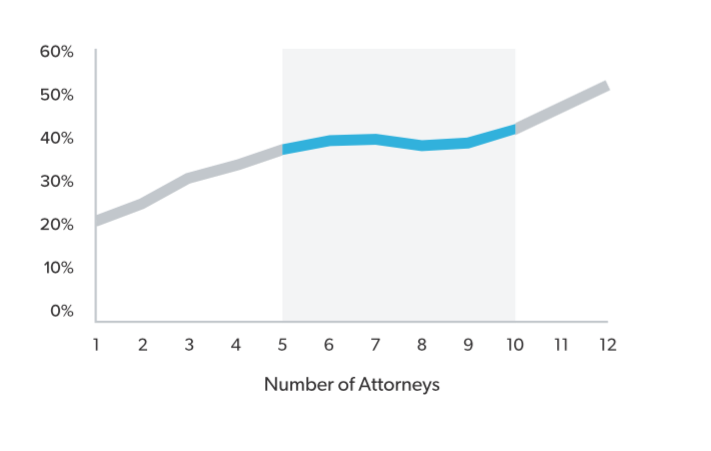 Be Smart, Be Lean

If you’re spending hours a day on clerical tasks that could be accomplished in half the time by adopting efficient policies and procedures – then you’re limiting the amount of time you have to be thorough for your clients. At some point, being disinterested in optimization and efficiency is self-destructive.

For Clio, I think the report is meant to shine a spotlight on the efficiency (or lack thereof) of small law firms. And this is with law firms that are already using practice management software! Many small firms are likely run off of an Excel spreadsheet, if not a napkin. In that respect, the report highlights the importance of adopting best practices for the operational side of a law firm.

The report also provides valuable information to small firms regarding hourly billing practices. For many new lawyers, the only way to figure out what to charge for a matter is to go around and ask other lawyers. With the Legal Trends Report, at least there is now an available state-specific average (and practice area averages) that lawyers can look at when determining their billable rates.

But looking past the numbers, past the gains in efficiency, I think there are other conclusions to draw from the report. When taken in context of the greater legal industry – the glut of new law school graduates, pressures from technology and alternative legal service providers, consolidation, outsourcing, in-housing, etc – things look troubling for small firms.

Around this time last year, I spoke with Daniel Gershburg, owner of Gershburg Law, P.C., a small law firm in New York, about the future of transactional work at Above The Law. Gershburg had said, “I think transactional work is going to be dead for most small-firm lawyers in the next three to five years.” As Gershburg is a Clio customer, I showed him the report and asked him what he thinks now, a year later, upon seeing the Legal Trends Report.

“The business of law is dying for several practice areas.”

I asked Gershburg to elaborate. “I think the report, while useful, is almost a red herring. Who cares what your utilization rate is when your next client is going to demand you do it for $100 because he/she can get on LegalZoom for less (this works for Wills, Business Incorp, possibly real estate, etc.) I think we need to use this report to try and see the forest through the trees.”

Given the rapidly evolving nature of technology and increased consumer demand for lower cost legal services, delivered in streamlined fashion (“why isn’t there an app for this?”), I’m hard pressed to disagree. Consumers increasingly want more for less. Remaining a solo in this environment is going to be increasing difficult, as Clio’s data shows.

“A four person firm may be more efficient and have a better utilization rate because it has the back office to bill, but it also may have a better utilization rate because four different lawyers are engaged in four different practices area, which spreads the risk,” Gershburg said. “On a personal level, I’ve been exploring partnership and/or leaving law (in the way I currently practice) within two years. The economics won’t make sense anymore.”

Gershburg isn’t an outlier in this regard. I’ve heard the same from many other attorneys around the country. Law, as practiced by solos and small firms, continues to be in upheaval. Remaining solo is an increasingly difficult proposition for many lawyers. As I remarked at Above The Law earlier this year, if you’re average, you’re probably going out of business.

Sometime in the next 10 to 15 years, there is going to be a lot more more competition for providing legal services. You won’t just compete with lawyers down the road, you’ll compete with companies and lawyers on the other side of the world.

Given the nature of the data presented in the Legal Trends Report, I’d say that time is rapidly approaching. A final word word from Gershburg:

I commend Clio for doing this, but I don’t know that you can extrapolate much from this as a practicing attorney, other than run for cover and join others.

In my completely unprofessional opinion, the common reaction of  “Oh my God, I’m not billing enough” to reading this should be replaced with “oh my God, pretty soon no one is going to pay me for this work.”

You can download the full Clio Legal Trends Report here.

What you really need to make it in this environment is a community. Lucky I have one.