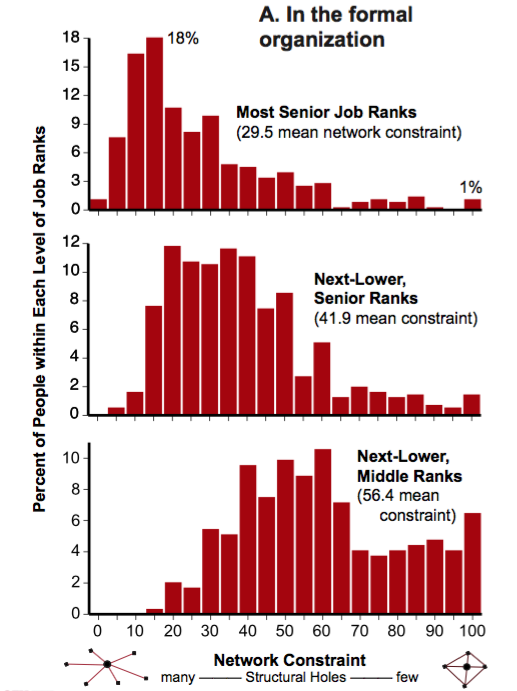 Many freshly minted lawyers (and law students) are concerned about their career opportunities.1Note: this post is an updated and expanded from its original 2010 publication. Things have never really been the same since 2007. Law firms continue to shed excess lawyers and defer the start of new associates. Or they just don’t hire new lawyers at all. Here’s a chart I made in 2015 if you need a visualization. 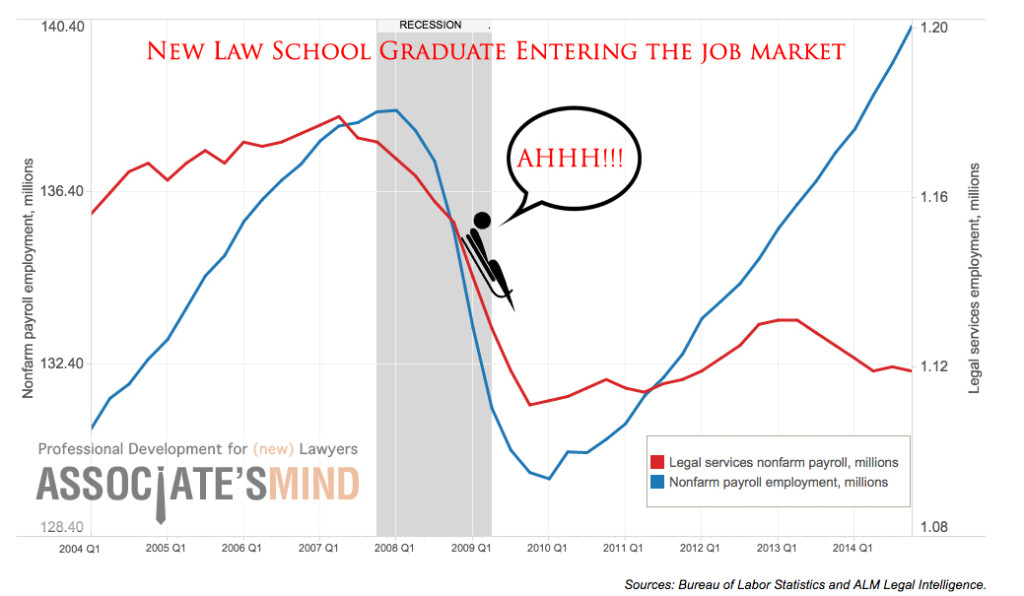 In this environment, new lawyers are doing everything they can to get hired and then stay hired. They’re working harder, better, faster, stronger. Many new lawyers likely focus on their achievements to display their competence when it comes to their work. Yet evidence suggests defining success by “achievement” and “competence” might actually be detrimental to career success:

This is a limited study, but it indicates that those people who are able to emphasize social relationships and adaptability are more likely to find career success in an organization than those who exclusively pursue work achievements.

Further emphasizing the importance of social connections for career success is work by Ronald Burt, a leading network scientist. Burt has spent years studying how network connections affect performance. His research continually points to the conclusion that an open network is the best predictor of career success.

The above graph shows the percent of people in job ranks, and the number of open network relationships they possess. The more senior a job a person has, the more likely it is they will have a high number of open social connections.

Burt performed a different study, widely replicated, which shows that half of the predicted differences in career success within a line of work (i.e., — promotion, compensation, industry recognition) can be explained by the extent to which a person is able to connect disparate networks to which they belong. Burt refers to this as being a “network broker.” The better your ability to bridge gaps between networks, and facilitate information exchange between them, the more likely you are to be successful. 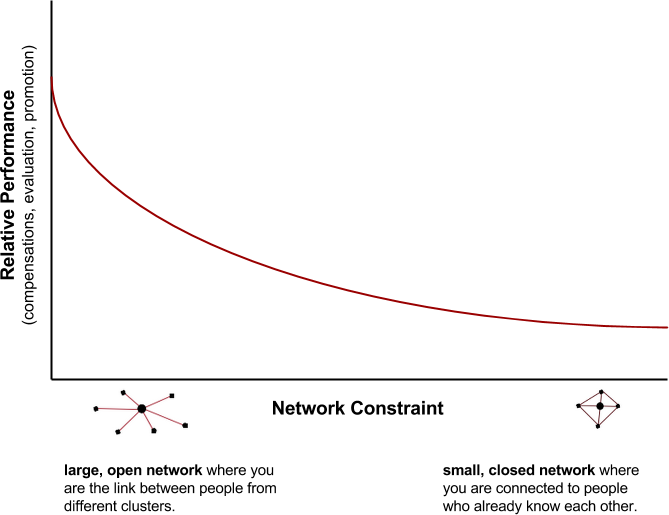 As such, new professionals need to be sure that they are taking the time to develop the skills necessary to reach out and build social relationships with: other professionals, staff, clients – anyone and everyone really.

By developing the above traits, a person is more likely to be able to adapt and take advantage of opportunities as they arise. If one is narrowly focused only on direct achievement and being competent in their narrow area of focus, they are unlikely to even recognize opportunities when they are presented, let alone seize upon them.

I’ve always associated this type of behavior with Professor Edward de Bono’s concept of lateral thinking – the ability to solve problems through an indirect and creative approach. Lateral thinking is about reasoning that is not immediately obvious and about ideas that may not be obtainable by using only traditional step-by-step logic. It’s akin to the classic “nine dots” puzzle.

Q. Connect the dots by drawing four straight, continuous lines that pass through each of the nine dots, and never lifting the pencil from the paper.

The ability to “think outside the box” and build/grow numerous social network relationships are imperative if you want to move forwards in your career. Don’t only put your nose to the grindstone and toil away. Make sure you take the time to build relationships with other people.

If you want more ideas on how relationships can impact your career, consider LawyerSmack.