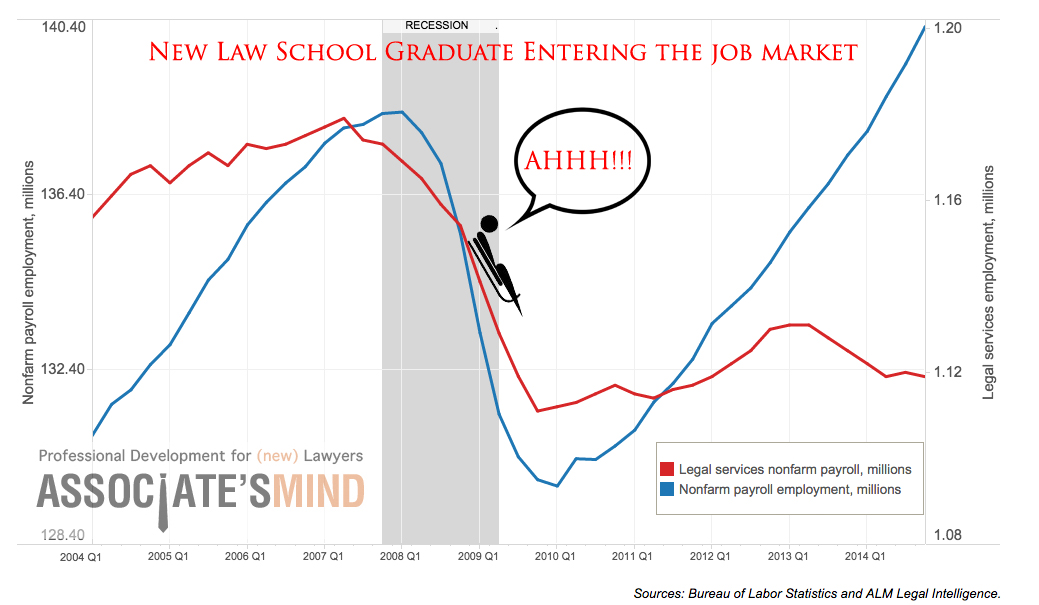 Over at Lawyerist, Sam put up a post on a chart recently put out by American Lawyer: Actually, Legal Jobs Aren’t Recovering:

Since legal employment bottomed out in 2009 Q4, the net gain is just about 100,000 jobs. That’s something, but with 35–40,000 new lawyers every year, it’s not nearly enough. Besides, look at that sad little hill in the red line. Firms started hiring, then apparently realized the work wasn’t coming back and laid off everyone they hired back. Then, the market went flat. For most of 2014 it looks like any new job openings must have been due to attrition, not growth.

Actually, the chart was a bit off, so I fixed it: