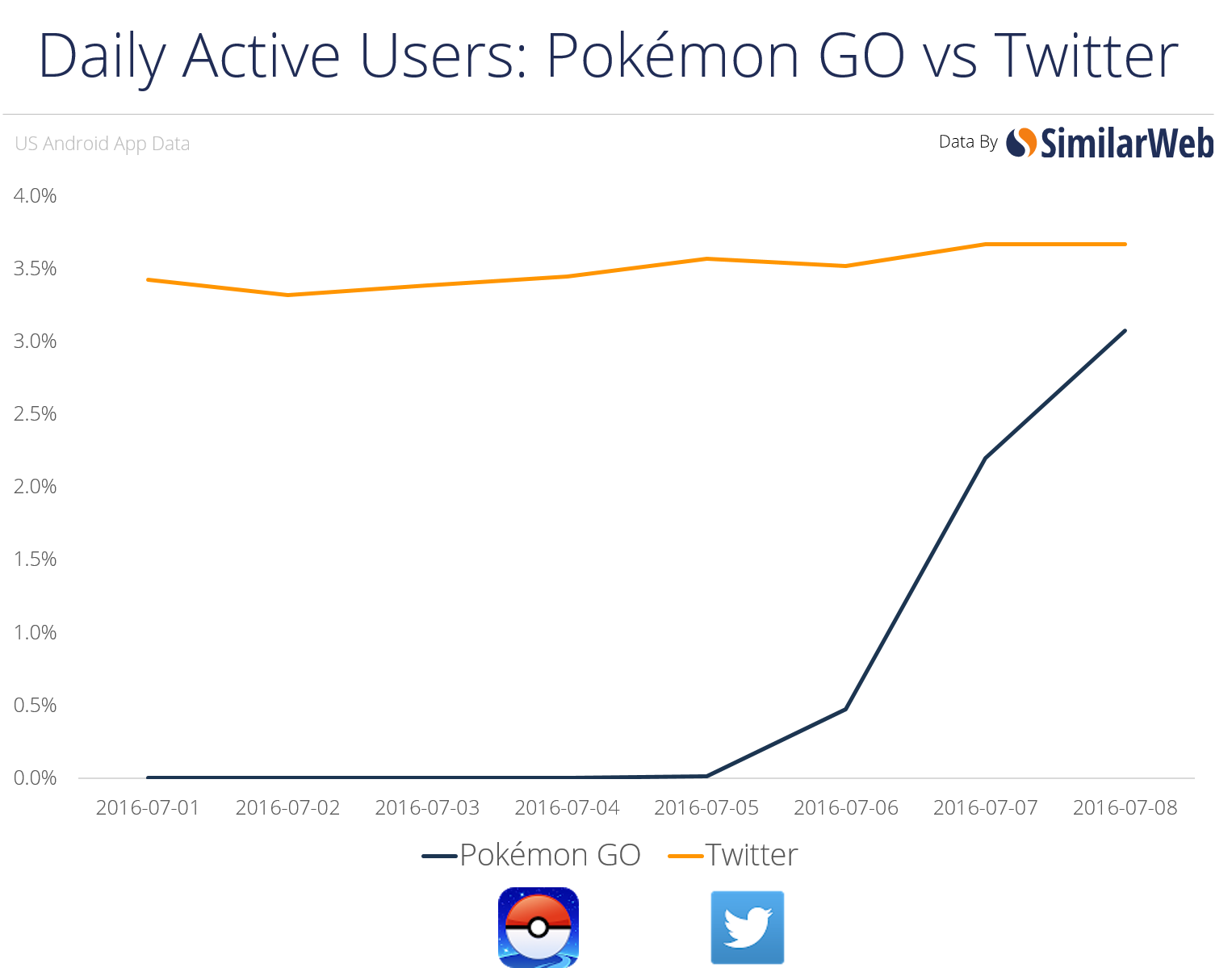 Pokemon Go has added almost $8 BILLION to Nintendo’s value. That’s like the entire worth of Supercell pic.twitter.com/3GOU1z60qR

Why? As Forbes notes, it’s about to surpass Twitter on Android in daily active users. It’s insanely popular. More people have installed Pokemon Go on their Android devices than Tinder, which makes it more popular than sex if you want to think about it that way. 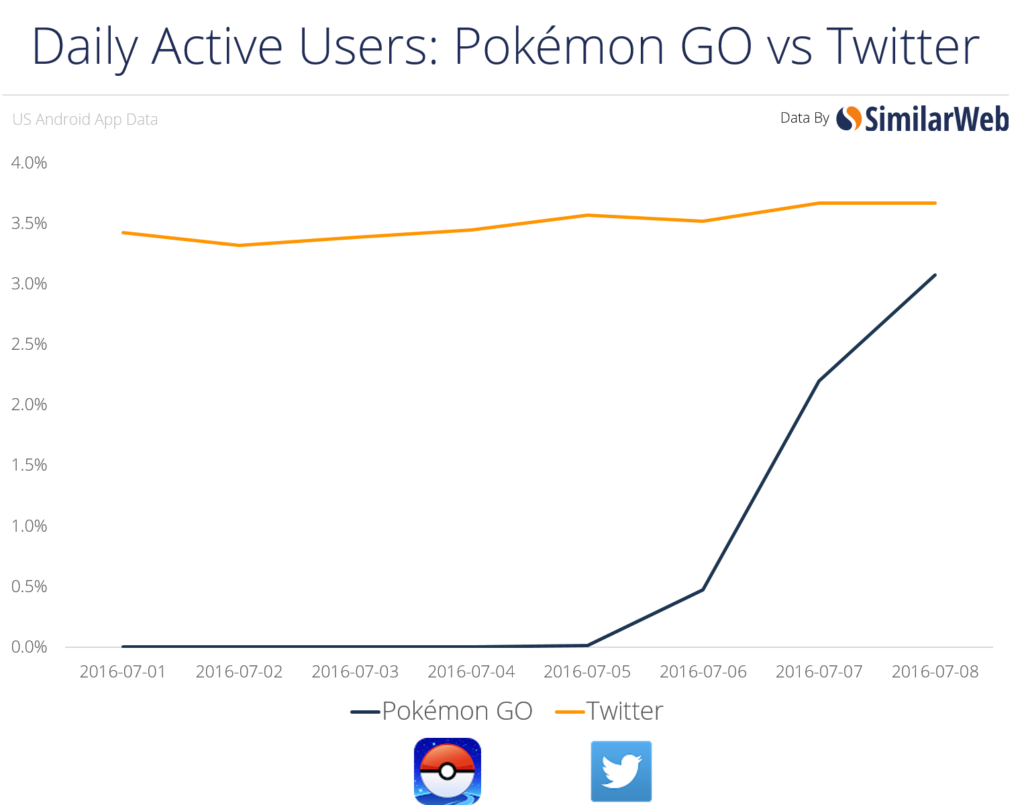 What Is Pokemon Go?

So what the hell is Pokemon Go? Bloomberg has a good primer if you want to get up to speed:

After downloading the app and creating a character, users see an anime-like version of Google Maps that hides street and area names, and replaces real-life landmarks with Pokemon-specific buildings. As users navigate the real world, their in-game character mirrors their movements and will randomly encounter Pokemon characters which, with luck, they’ll be able to capture and add to their team. 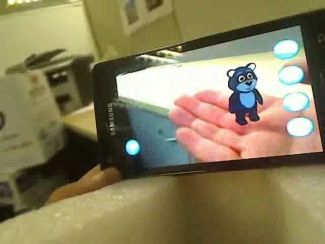 Essentially, Pokemon Go is an augmented reality application that you download to your smartphone. Augmented reality (AR) is a live direct or indirect view of a physical, real-world environment whose elements are augmented (or supplemented) by computer-generated sensory input such as sound, video, graphics or GPS data. It superimposes computer-generated graphics and sound via an electronic device, typically a smartphone.

So at the moment, people are running around the world with their smartphones out, trying to capture virtual pets. Not exactly my cup of tea, but whatever floats your boat.

But because we can’t have nice things, people are already using it to lure children out and rob them.

“The way we believe (the app) was used is you can add a beacon to a Pokéstop to lure more players,” the O’Fallon Police Department wrote in a Facebook post.

The app, which allows users to interact virtually with Pokémon characters nearby in the real world, has a “Lure Module” that players can use to attract both Pokemon and other users to their location. Pokéstops are locations where players can collect items and level up faster.

Despite having been around for a decade, augmented reality is still in its nascent stages of development. Pokemon Go is the first big, breakaway hit. If you hop on Twitter or Insta and look for #pokemongo, you’ll find thousands of people posting pictures of themselves in all sorts of places, trying to capture Pokemon.

But should they? Should Nintendo & developer Niantic have given more consideration to where the Pokemon (AR objects) are placed? Do they have the right to place them wherever they want? In a lake? In a public park? In your backyard?

Trespass is about exclusive possession. It’s an affirmative act interfering with possessory rights.

You might argue that AR object aren’t real. That they don’t constitute a physical invasion of property. But:

Does your exclusive rights to property extend to cyberspace? Can someone place lights, sounds, objects, that are only viewable with technology assistance, on your property without your permission?

A possessor of land is subject to liability for physical harm to children trespassing thereon caused by an artificial condition upon the land if:

Translated from legalese, that means that some things are so irresistible to kids that they can’t help themselves. And if you own the irresistible thing, you’re held liable for injuries that kids sustain while playing with it.

For example, railroads were originally held to be attractive nuisances to children in the past. If you own a pool, you’re likely familiar with the concept as well. Property owners are generally held liable for any injuries or deaths that take place in or around the pool, even if the victims were trespassing, scaled a fence to access it, or used it without the homeowner’s permission. It doesn’t matter that you didn’t invite them or that they snuck in.

If something does happen to a trespasser while trying to catch a Pokemon on private property, the property owner would likely continue to be strictly liable to a trespasser for an injuries that occurred, but it also seems likely that they would have a right to seek indemnification (where one party bears the monetary costs, either directly or by reimbursement, for losses incurred by a second party) from Nintendo and Niantic.

Augmented Reality is new. So new that the law hasn’t even begun to broach the topic. It lends itself to lots of big, novel questions from a legal perspective. At the moment, they are unanswered, theoretical questions.

But with the release of PokemonGo on the world, Nintendo has pushed these questions from theory, to reality.

P.S. – If you want to read more Pokemon Go analysis, I made another post asking if Pokemon Go (and augmented reality in general) must comply with the Americans With Disabilities Act.

And of course, the individual below has “retired.” In the PokemonGo Terms of Use, it quite clearly states:

and also a term under their use of Player Trainer Club Accounts: (iv) Never use another person’s PTC Account.

Quick note, hiring someone to hunt down Pokemon for you by sharing your account with them a la the below picture, could be construed as a federal crime in the near future: 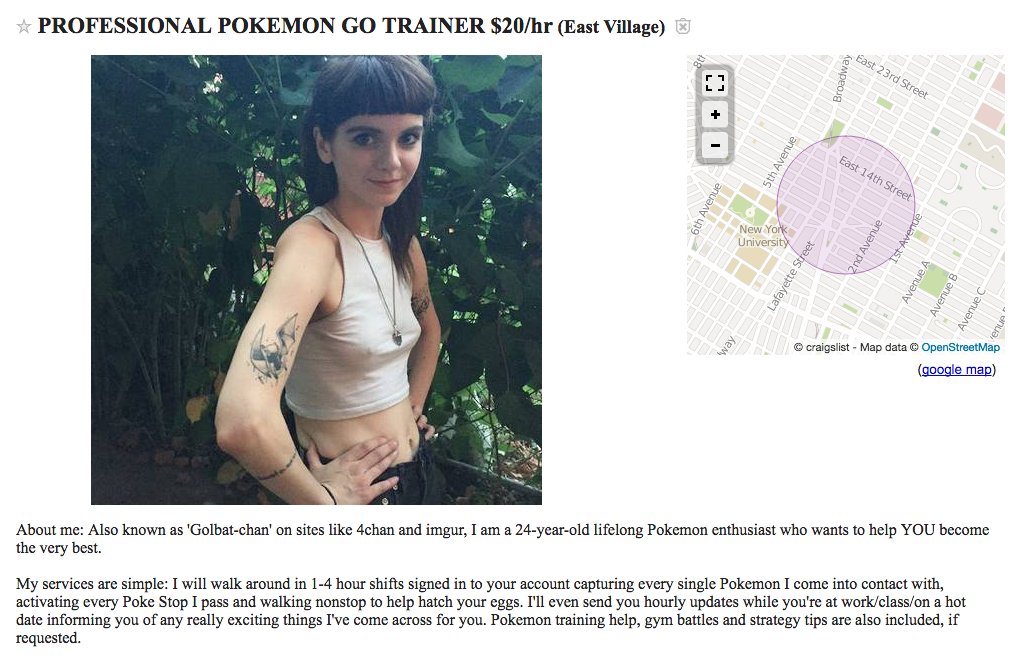 To everyone pointing out to me that lawyers ruin everything, my reply:

IT ISN’T MY FAULT I THINK THIS WAY, LAW SCHOOL MADE ME LIKE THIS. https://t.co/6Vywim4gzd