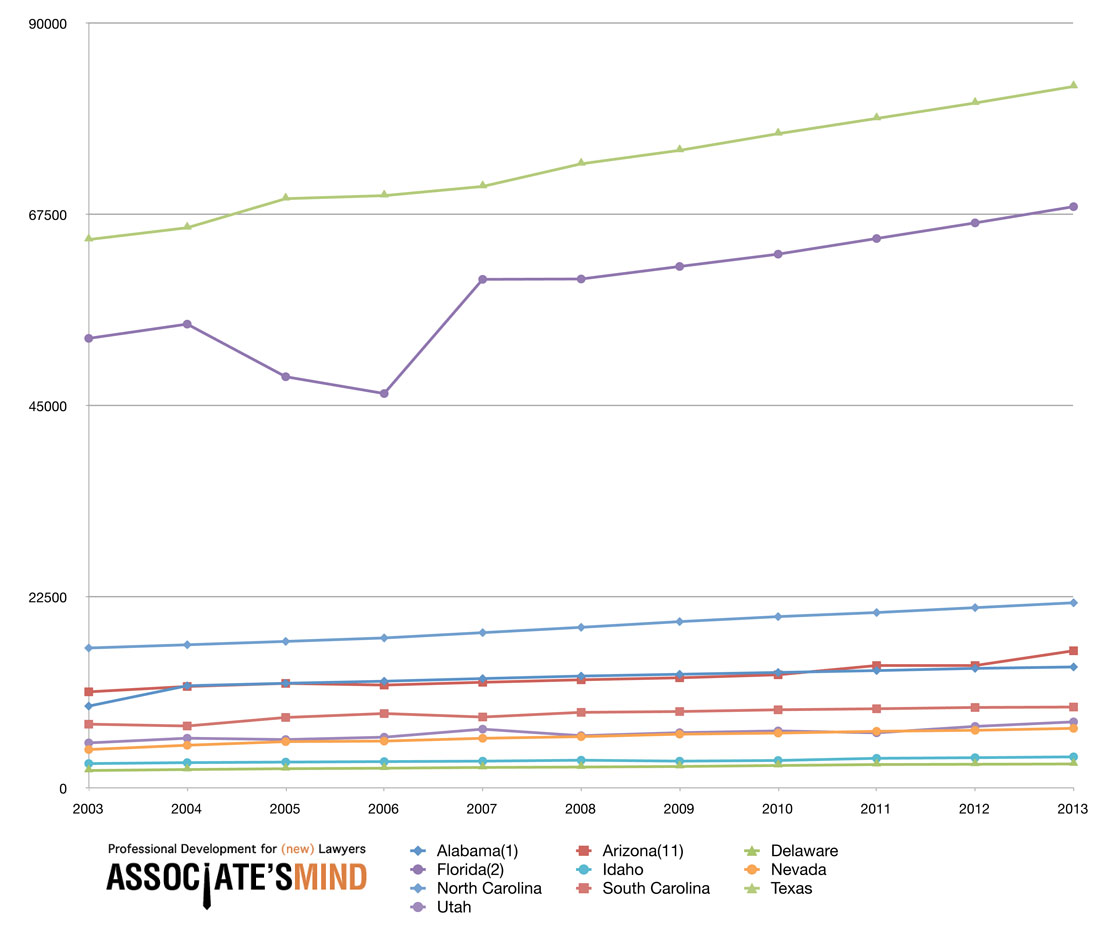 UPDATED. So earlier this year, the ABA released data on lawyers per state over the past ten years. Unfortunately, it wasn’t exactly in a useful or informative format. As people seem to enjoy when I post informational charts, here are a few on the growth rates of lawyers per state.

All States and Territories Combined: 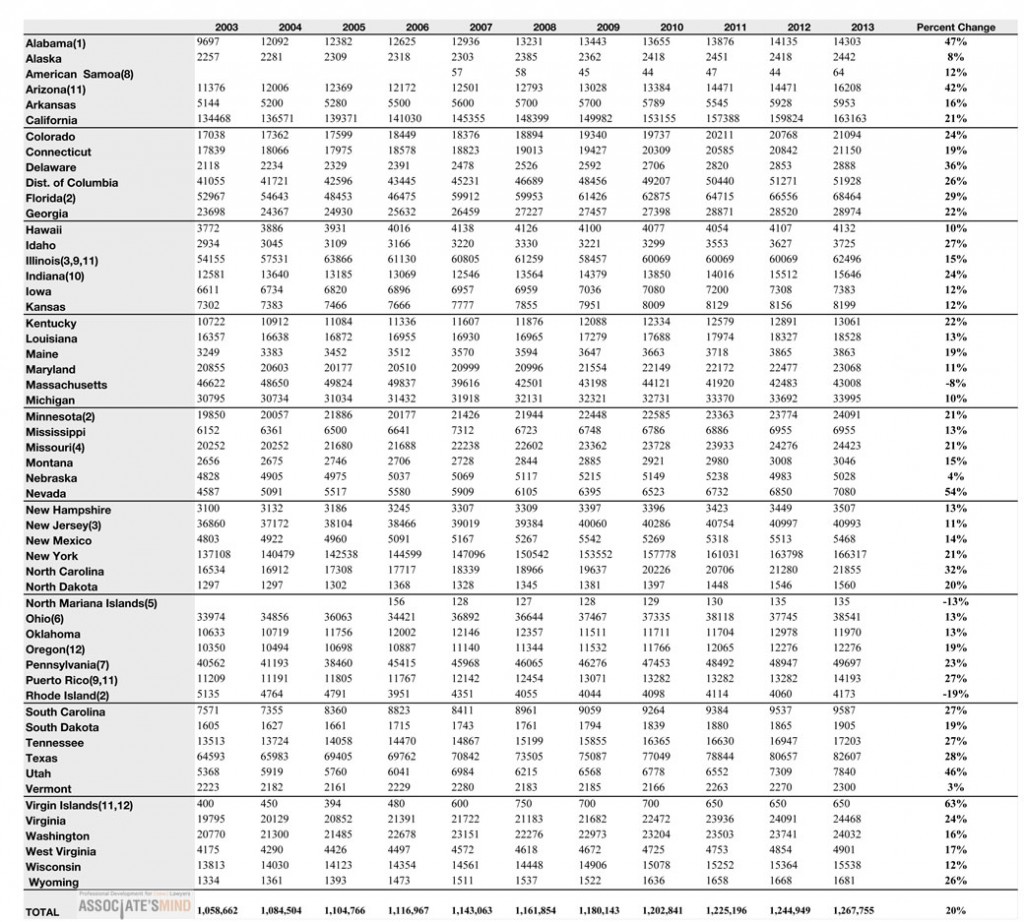 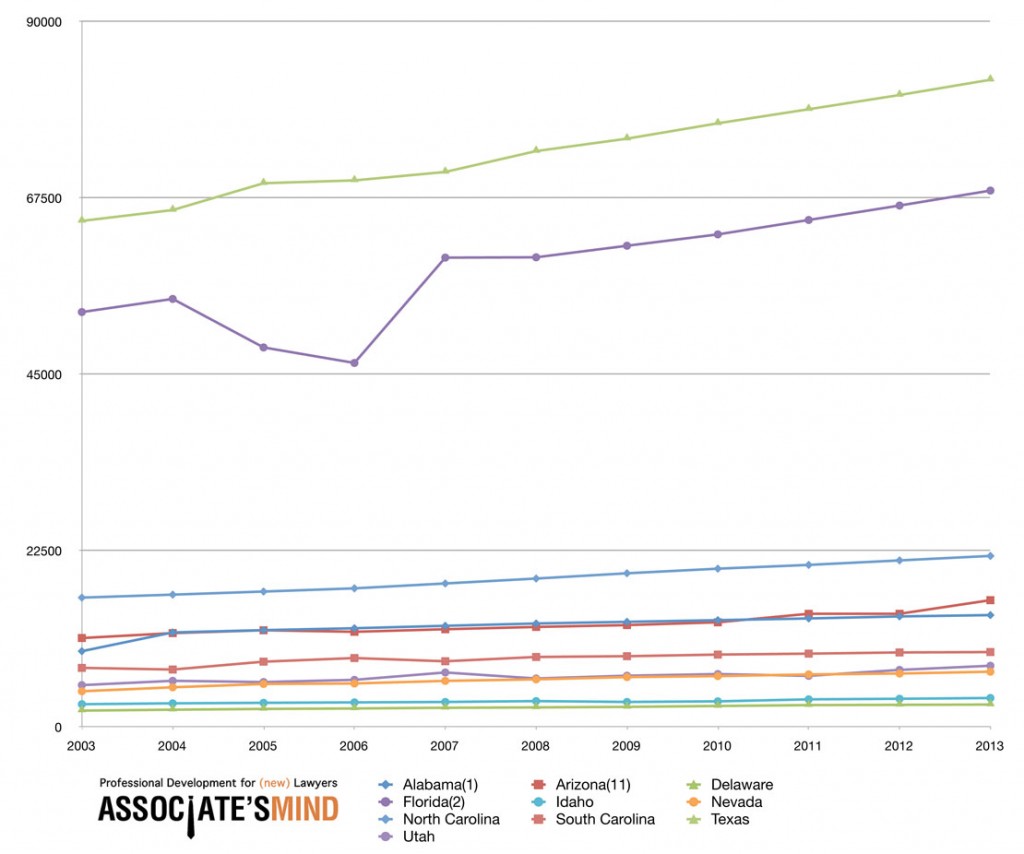 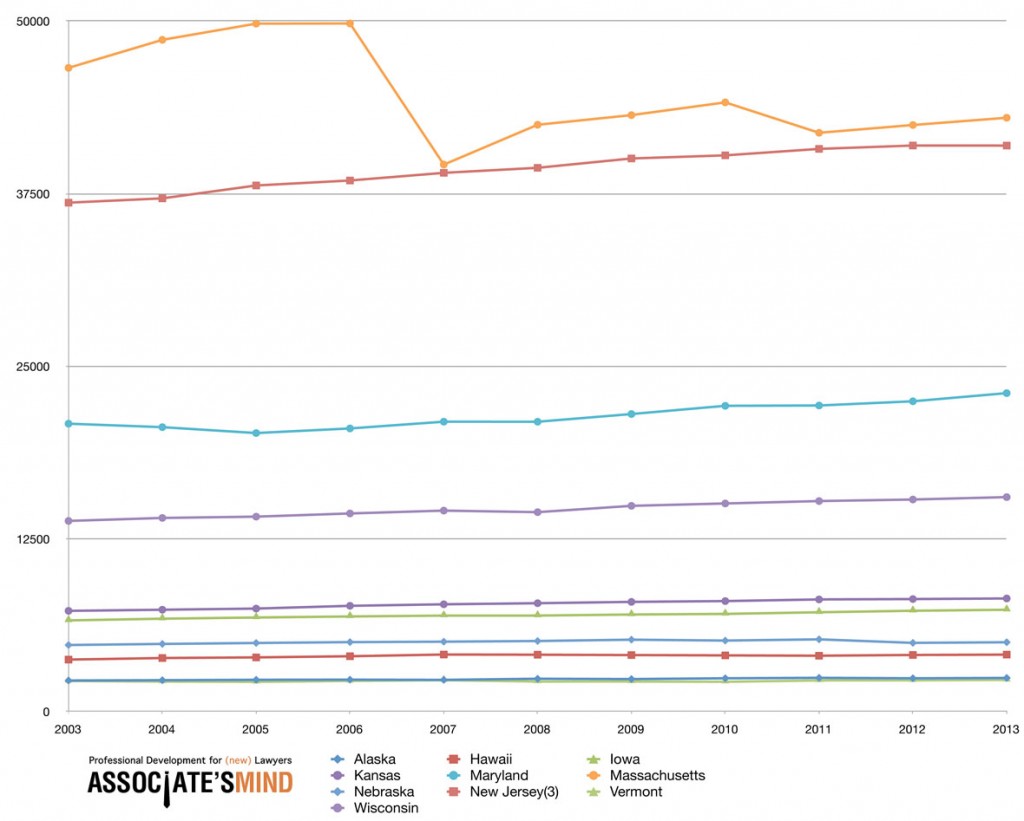