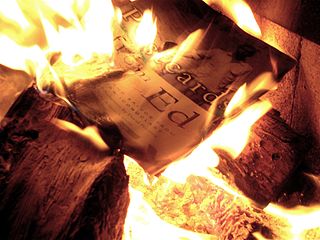 Burn anything that Bryan Garner has written.  He really knows his stuff, but Strunk and White’s The Elements of Style said it all.  Besides, Garner, Scalia, and Posner pissed me off when they got into a juvenile cat fight over a book about rules.  Not to put too fine a point on it, but I am the only one who is permitted to act like a spoiled brat.

So says Senior Judge Richard George Kopf (U.S. District Court, District of Nebraska), in a post on his blog entitled, Top ten legal writing hints when the audience is a cranky federal trial judge. So is Judge Kopf serious or is he engaging in hyperbole to make a point? Over at the Gillette-Torvik blog, Adam Gillette notes that Judge Kopf has a sense of humor and is inclined to think Judge Kopf is not serious. Looking at the context of the rest of the ten legal writing hints, it seems likely that Judge Kopf was engaging in a bit of levity. Some of the other items on Judge Kopf’s list include:

4. If you send me a brief knowing that you will lose, but you are hoping to “educate” me, you are, in the words of the greatest of all legal minds, Gene Wilder, one “stupid, ignorant son of bitch, dumb bastard.”

2. I have always appreciated the writing style used in the “Dick and Jane” books.  In addition to being vaguely titillating (which is always a plus), even I could understand the prose without having to read a sentence twice.  I wish that were true of most of the verbiage you send me.

The whole list is entertaining and worth reading for some insight on the mind of a federal judge. It’s easy to forget that judges are just regular people – albeit with fancy wizard robes – and suffer from cognitive biases just like the rest of us. If you’re going to be preparing a brief for a federal judge anytime soon, it’s likely worth your time to give Judge Kopf’s list a once over, especially if you’re in Nebraska.