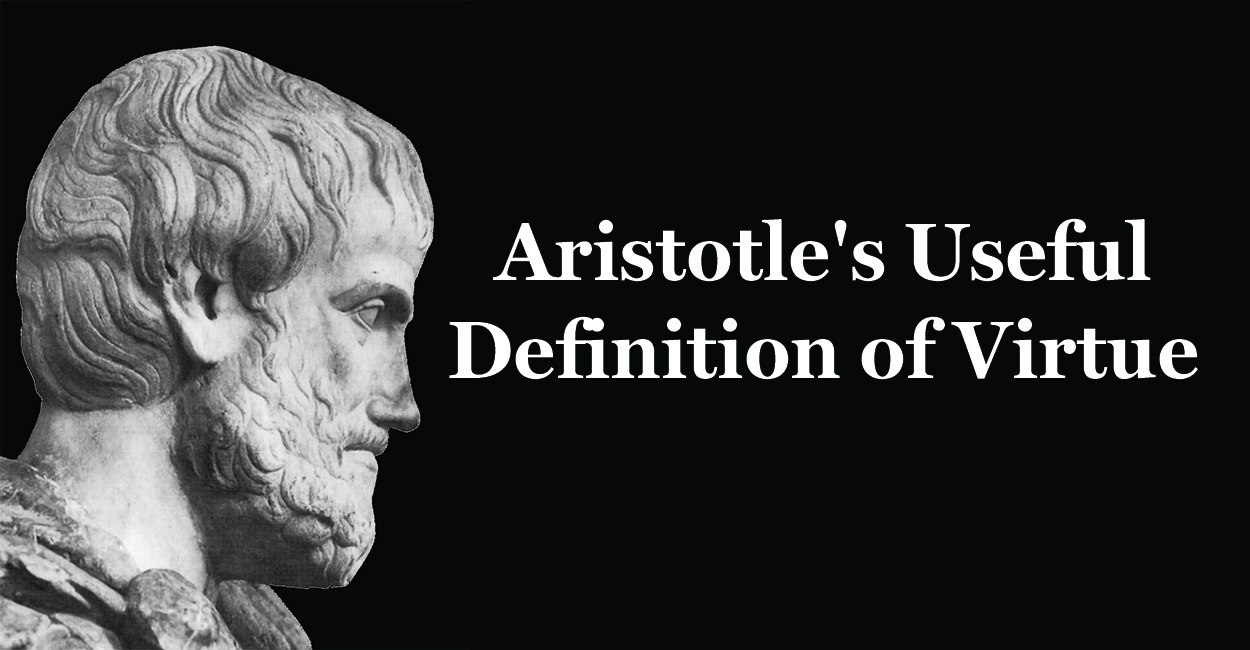 Virtue seems elusive, if it can be considered a reality, at all.

There are so many ways to err at work, in relationships, for your clients, in life; but it’s hard to always do the virtuous thing. If you’re fortunate, you’ve had the opportunity to observe a virtuous person in action, and, hopefully, to learn from him or her.

In my experience such people seem virtuous by nature – they don’t appear to be working as hard at it as I have to. In this post, I’d like to offer a simple definition to cast light on the situation and to serve as a tool to help you become more virtuous.

In an earlier post, I talked about the two quintessential Ancient Greek proverbs, Know yourself and Nothing in excess. The second of these has a particular application that Aristotle discussed in book two of his Nicomachean Ethics.

Virtue, then, is a habit or trained faculty of choice, the characteristic of which lies in moderation or observance of the mean relatively to the persons concerned, as determined by reason, i.e. by the reason by which the prudent man would determine it.

And it is a moderation, firstly, inasmuch as it comes in the middle or mean between two vices, one on the side of excess, the other on the side of defect; and, secondly, inasmuch as, while these vices fall short of or exceed the due measure in feeling and in action, it finds and chooses the mean, middling, or moderate amount. 1

Stated more simply: Virtue is the habit of choosing the mean between the extremes with respect to some action or some emotion. To better understand, let’s take the main points (in italics) in reverse order.

Not departing from the conventional use of the term, Aristotle says that the mean is the relative midway point between two extremes of action or emotion.

Aristotle gives illustrative examples. For instance, when faced with some threat (real or otherwise), one’s actions can range from cowardice, on the one hand, to foolhardiness, on the other. On the one extreme, one is fearful to the extreme and fails to act appropriately; on the other extreme, one is rashly fearless and acts inappropriately. One is a deficiency; the other is an excess. Both are vices.

In contrast, the midpoint between cowardice and foolhardiness is courage. A courageous person is not fearless but considers and respects danger and acts confidently. We can consider, say, generosity, in the same way.

Righteous indignation is the mean between envy and malicious gladness.

Moreover, a virtuous person chooses to act virtuously for its own sake, not for some selfish or other baser reason. And finally, to be virtuous (rather than merely to act virtuously), one must act with certainty and firmness.

Make It a Habit

Aristotle admits that it’s not always pleasant to do the virtuous thing. He also admits that to be virtuous is a difficult task and is a long-term life goal. But acting virtuously, that is, making the right decisions, becomes easier with practice.

By habituation, the difficult decisions become easier and more pleasant. Through habitual virtuous action, one will eventually realize the natural pleasure that comes with and from virtue, therefore becoming truly virtuous.

The virtues therefore are engendered in us neither by nature nor yet in violation of nature; nature gives us the capacity to receive them, and this capacity is brought to maturity by habit. 2

Leave it to Aristotle, the great Definer, to pithily encapsulate a concept as huge as Virtue. He makes it simple:

To be virtuous, be in the habit of choosing the mean.

This is a definition I can work with, and I hope it’s one you can apply to life and law.