No Lawyers, No Forms: Just Data and Algorithms 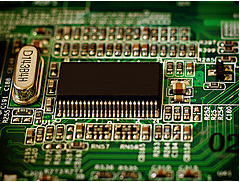 As I’ve written about before, there is growing pressure on the legal industry from large companies that are producing standardized “form” documents for consumers at much lower costs than obtaining such documents from a traditional law firm. Yet somewhere in that process, a lawyer was at least involved in the creation of these form documents. But there are forces at work that are attempting to replace lawyers, mediators, and negotiators completely from the picture in some instances. The Economist recently reported on new game theory/modeling software that is being applied to a variety of different fields, including the law:

FOR a man who claims to lack expertise in the field, Bruce Bueno de Mesquita, an academic at New York University, has made some impressively accurate political forecasts. In May 2010 he predicted that Egypt’s president, Hosni Mubarak, would fall from power within a year. Nine months later Mr Mubarak fled Cairo amid massive street protests. In February 2008 Mr Bueno de Mesquita predicted that Pakistan’s president, Pervez Musharraf, would leave office by the end of summer. He was gone before September. Five years before the death of Iran’s Ayatollah Khomeini in 1989, Mr Bueno de Mesquita correctly named his successor, and, since then, has made hundreds of prescient forecasts as a consultant both to foreign governments and to America’s State Department, Pentagon and intelligence agencies. What is the secret of his success? “I don’t have insights—the game does,” he says.

Mr Bueno de Mesquita’s “game” is a computer model he developed that uses a branch of mathematics called game theory, which is often used by economists, to work out how events will unfold as people and organisations act in what they perceive to be their best interests. Numerical values are placed on the goals, motivations and influence of “players”—negotiators, business leaders, political parties and organisations of all stripes, and, in some cases, their officials and supporters. The computer model then considers the options open to the various players, determines their likely course of action, evaluates their ability to influence others and hence predicts the course of events.

The Economist asks, Where is all this heading?

Alongside the arms race of increasingly elaborate modelling software, there are also efforts to develop software that can assist in negotiation and mediation…

Difficult negotiations can often be nudged along by neutral mediators, especially if they are entrusted with the secret bottom lines of all parties. Dr Clara Ponsatí’s [a Spanish academic] idea was that if a human mediator was not trusted, affordable or available, a computer could do the job instead. Negotiating parties would give the software confidential information on their bargaining positions after each round of talks. Once positions on both sides were no longer mutually exclusive, the software would split the difference and propose an agreement. Dr Ponsatí, now head of the Institute of Economic Analysis at the Autonomous University of Barcelona, says such “mediation machines” could lubricate negotiations by unlocking information that would otherwise be withheld from an opponent or human mediator.

Such software is now emerging. Barry O’Neill, a game theorist at UCLA, describes how it can facilitate divorce settlements. A husband and wife are each given a number of points which they secretly allocate to household assets they desire. The wife may inform the software that her valuation of the family car is, say, 15 points. If the husband puts the car’s value at 10 points, he cannot later claim that he deserves more compensation for not getting the car than she would be entitled to.

Two parties on opposite sides of the negotiating table merely need to assign value to their positions and let the computer do the rest. No pesky human emotions can get in the way. Is this the future of negotiations? Will people acquiesce to a computer handling and weighing the most intimate aspects of their lives and personal belongings?

To be honest, I think it is inevitable. Anyone under 30 years old, already implicitly trust computers with nearly every aspect of their lives. Need an answer to something? Let me Google that for you. Relying on a computer to objectively weigh a divorce will seem like a regular, perhaps even necessary step to younger generations.

What about beyond divorce? What about routine settlement negotiations that happen in every aspect of civil litigation. What if parties could merely input points of data at the beginning of filing a law suit, and let a computer decide what is a fair outcome? Would clients prefer that to years of discovery and legal bills, all purely for jockeying and better positioning during settlement negotiations?

Some might, some might not. It would likely depend on the value of the law suit. But regardless of whether clients choose to use such services, there are game theorists and computer engineers out there right now, working to make such an option a reality. While the software might not be prepared to handle such negotiations yet, The Economist wraps up their article with the following note:

Could software-based mediation spread from divorce settlements and utility pricing to resolving political and military disputes? Game theorists, who consider all these to be variations of the same kind of problem…

Negotiation is negotiation to them. The human element – the legal element – is irrelevant. It is merely a mathematical problem to be solved.