In the last post I noted that lawyers should avoid hyperbole at all costs.

But what happens when opposing counsel resorts to hyperbole and bombastic prose in their brief?

Be temperate. Do not lash out at opposing counsel in your own brief. Do not waste words pointing out opposing counsel’s flair for the dramatic or see it as a challenge  which you must meet with flowery prose of your own. This is a fool’s errand. 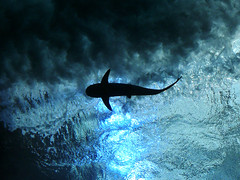 Opposing counsel has resorted to such language and imagery because they have no other recourse. If the facts were on their side, they would be clearly stated. If case law was on their side, it would be cited. They have neither. Hyperbole is bait. Nothing more than an attempt to muddy the waters and draw you into an emotional argument. Do not be ensnared.

Instead, use opposing counsel’s hyperbole as foil in which to bring the focus back to your own tangible factual and legal issues. Address the overwrought language, acknowledge that it exists – but then move beyond it. When a judge looks at the two briefs side-by-side, it should be clear which is the professional and substantive one.