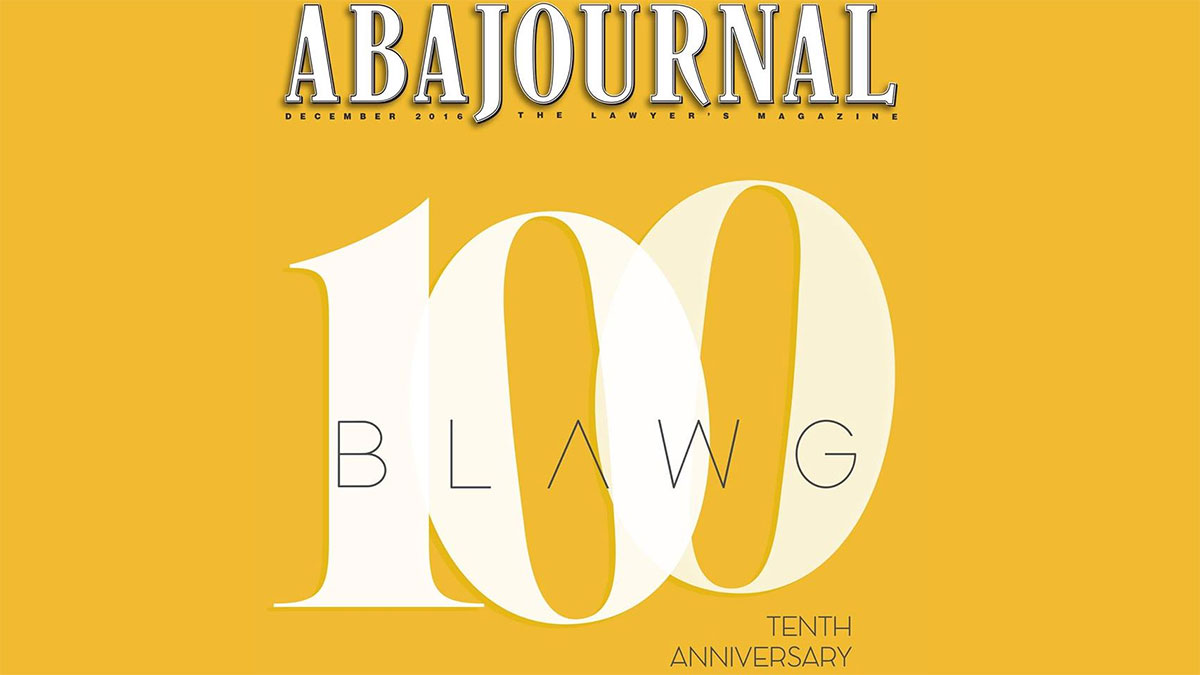 Things have been slow on the blog front of late due to a confluence of events, but I should be in the clear to get back to regularly scheduled blogging shortly. (Though I continue to remain active on the Twitters <- follow me there).

In the interim, I did want to mention that it’s the time again for the ABA Journal’s Annual Blawg 100.

Err, make that the ABA Journal’s Annual Web 100. If you want a definitive sign that the legal blogosphere is largely dead, there you go. The annual list is not solely focusing on blogs any longer and instead expanding it’s reach to law firm websites (yawn), social media, and podcasts – which is actually the right call.

You can nominate as many people as you want. The Web 100 amici form is here. Who I’m nominating this year:

On life support, but they’re actually not dead yet. Here are four new blawgs that have shown up in the past year or so and haven’t been featured in the Blawg 100 before.

Most legal podcasts suck. Like, they’re completely awful. I try to listen to them then I realize I would rather listen to almost anything else. So I’m only nominating one podcast:

The Lawyerist Podcast – From the dynamic duo of Aaron Street and Sam Glover. An offshoot (outgrowth…eww) of Lawyerist.com, the podcast features a brief discussion between Sam & Aaron before moving on to an in-depth interview with a lawyer discussing their field or practice area.

This is tough. Many lawyers who are in the Blawg 100 Hall of Fame (and can no longer be nominated for their blawgs) are certainly people you should follow on social media. In no particular order, some of those folks are:

I’m not going to bother detailing who they are and why you should follow/nominate them. They’re “Hall of Famers.”

On the non Hall of Fame front:

There you have it, my nominations for the 2017 ABA Journal Web 100. If you enjoy the blogs, podcasts, or socials of those in the field, I’d encourage you to nominate them. They’re largely doing this in their free time and don’t make a dime off it. This is a good opportunity to show that you appreciate what they’re doing. And if you need inspiration or want to explore even more of the legal interwebz, I maintain the largest online legal resource list available.

Go here and nominate away!

Addendum: One of the rules of the Web 100 is to not nominate other people on a quid pro quo basis, and to disclose any relationships with those you nominate. I personally know roughly half the people I nominated above. But after years in the industry, attending conferences, and building relationships, it’s tough to not know many people who are leaders in the industry. That’s the whole point of social media anyway isn’t it? To be able to share and connect with people. If I hadn’t gotten to know many of these people, what a waste of time it would have been.