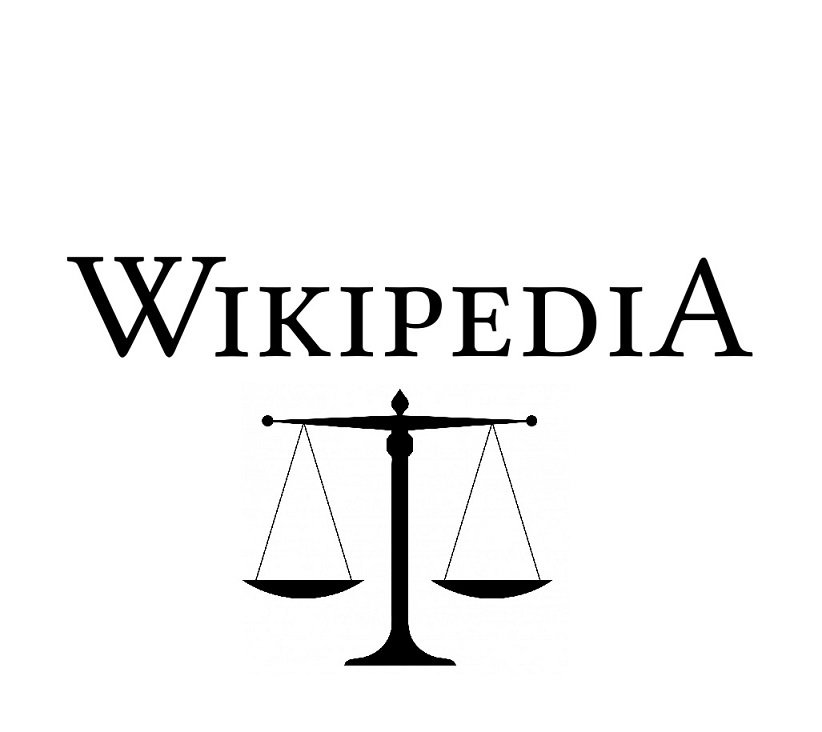 Back in 2014, a Twitter exchange with Judge Dillard prompted an article on AboveTheLaw discussing the reliability of Wikipedia as a resource. Which was an update to a post I wrote back in 2011.

As it’s been a few years, it’s time to see how some recent opinions cite (or reject) Wikipedia as an authority.

Court relies on Wikipedia for definition and description of “interchange.”

As best we can tell, “interchange”—in railway lingo—refers to “the practice of railroads conveying freight cars … from other companies over their lines” at specified junction points.  See Wikipedia, “Interchange (freight rail),” https://en.wikipedia.org/wiki/Interchange_(freight_rail) (last visited Sept. 9, 2015).

First, at the motion to dismiss stage, the Court cannot definitively determine whether the purported hydrocarbon components, i.e., petroleum gas (liquefied), propane, 2-methyl, and butane are, in fact, hydrocarbons.  While Defendants ask the Court to take judicial notice of these facts based on a Wikipedia page and New York State statute, it would be completely inappropriate for the Court to do so. Regarding the Wikipedia reference, there is no way for the Court to ascertain the reliability of the underlying sources of that reference at this stage of the proceeding. See Fed. R. Evid. 201(b)(2) (“The court may judicially notice a fact that is not subject to reasonable dispute because it … can be accurately and readily determined from sources whose accuracy cannot reasonably be questioned. ” (emphasis added).)

Court relies on Wikipedia for knowledge of Ludacris.

Court acknowledges Wikipedia as “accurate reflection of information that is before the public.”

Ms. Tiangco asserts that the Court’s refusal to ask one of her proposed voir dire questions requires acquittal or a new trial. At issue is her Proposed Question 32: “Do you have any opinions or beliefs about Bruce/Caitlyn Jenner?”18

18. “Caitlyn Marie Jenner (born October 28, 1949), formerly known as Bruce Jenner, is an American television personality and retired Olympic gold medal-winning decathlete…. Previously identifying publicly as male, Jenner revealed her identity as a trans woman in April 2015, publicly announcing her name change from Bruce to Caitlyn in a July 2015 Vanity Fair cover story. Her name and gender change became official on September 25, 2015. She has been called the most famous openly transgender woman in the world.  From 2015 to 2016, Jenner starred in the reality television series I Am Cait, which focused on her gender transition.” https://en.wikipedia.org/wiki/Caitlyn_Jenner.

While I would not ordinarily cite Wikipedia as authoritative, it is probably an accurate reflection of information that is before the public. Considered in that way, it is relevant to the jury selection question.

Court relies on Wikipedia for definition and description of “Butterfly Effect.”

There must be some limit to the contingencies that courts will accept for purposes of finding an interest significantly protectable under 24(a)(2). Failure to place a limit on the number of acceptable contingencies, accepting all contingencies in favor of intervenors, would be tantamount to this Court’s approving intervention on the basis of the “Butterfly Effect.”  See Butterly Effect, WIKIPEDIA, https://en.wikipedia.org/wiki/Butterfly_effect (last visited Nov. 24, 2015) (“In chaos theory, the butterfly effect is sensitive dependence on initial conditions in which a small change in one state of a deterministic nonlinear system can result in large differences in a later state. The name of the effect … is derived from the [ ] example of the details of a hurricane (exact time of formation, exact path taken) being influenced by minor perturbations such as the flapping of the wings of a distant butterfly several weeks earlier.”).

Court relies on Wikipedia for definition and description of “Domain name.”

“A domain name is an identification string that defines a realm of administrative autonomy, authority or control within the Internet.”  Wikipedia, Domain name, https://en.wikipedia.org/wiki/Domain_name (last modified Jan. 7, 2017).

Not only was this the view at the time of the Founding, it is also, as Judge Sutton has ably explained, undoubtedly correct. Indeed, I am aware of no era or culture that has not recognized that mental illness can sometimes be overcome. See, e.g., Daniel 4:28–36 (“And at the end of the days [of my madness] I Nebuchadnezzar lifted up mine eyes unto heaven, and mine understanding returned unto me, and I blessed the most High.”  (emphasis added)) (King James); further see generally History of Mental Disorders, Wikipedia (April 26, 2016, 1:09 AM), https://en.wikipedia.org/wiki/History_of_mental_disorders.

Court relies on Wikipedia for definition and description of “Tire Code.”

Plaintiffs assert that the tire’s size was instead 285/75R16, but in support merely cite to their expert’s report, which confirms that “[t]he failed tire size was LT285/75R16.” (Aff. of James J. Kriva Ex. A [hereinafter “Derian Report”] (dkt. #70-1) at 4.) This tire size refers to a “light truck” tire with a “nominal section width” of 285 millimeters from sidewall to sidewall, an aspect ratio of the sidewall height to the nominal section width of 75%, a “radial” construction of the fabric carcass, and designed to fit a rim diameter of 16 inches.  See “Tire Code,” Wikipedia, https://en.wikipedia.org/wiki/Tire_code (last visited Feb. 6, 2017).

Court relies on Wikipedia for definition and description of “Scoliosis.”

UK Defendants ask the Court to take judicial notice of various commercial applications of BoPET mylar foil listed in on Wikipedia. (First MSJ 10:12–16). The Court declines this request. See Castillo–Villagra v. I.N.S., 972 F.2d 1017, 1026 (9th Cir. 1992) (“[N]otice may be taken where the fact is ‘not subject to reasonable dispute,’ either because it is ‘generally known within the territorial jurisdiction,’ or is ‘capable of accurate and ready determination by resort to sources whose accuracy cannot reasonably be questioned.’  ”) (quoting Fed. R. Evid. 201(b)); Gerritsen v. Warner Bros. Entm’t Inc., 112 F. Supp. 3d 1011, 1029 (C.D. Cal. 2015) (“The court agrees with defendants that information appearing on [Wikipedia] is not a proper subject of judicial notice because it is not capable of accurate and ready determination.”).

Court relies on Wikipedia for knowledge of the “Bundy Standoff.”

The incident attracted national, and even international, attention.1

Court relies on Wikipedia for definition and description of “Confidence Interval.”

A confidence interval for a proportion estimate is also known as a “margin of error.” It is the “plus or minus” figure often displayed next to the proportion estimate in, e.g., public polling data.  See, e.g., Confidence Intervals, Yale University Department of Statistics, http://www. stat.yale.edu/Courses/1997-98/101/confint.htm; Confidence Interval, Wikipedia, http://en.wikipedia.org/wiki/Confidence_interval; Margin of Error, Wikipedia, http://en.wikipedia.org/wiki/Margin_of_error (collectively, “CI/CL Websites”). A confidence level is the percent certainty that the actual proportion fall within the margin of error of the stated estimate. See CI/CL Websites.

Court relies on Wikipedia for definition and description of “Global Assessment of Functioning.”

Is Wikipedia A Reliable Legal Authority?

Every Circuit has judicial opinions that cite Wikipedia as a reliable source for general knowledge. Who Ludacris is. Explaining Confidence Intervals. But some courts within the same Circuit will be dismissive of Wikipedia as a source of general information. There is no definitive answer. Judges seem to make determinations about Wikipedia’s reliability on a case-by-case basis. If you want to cite Wikipedia in a brief and not have a judge be dismissive of it, it’s probably worth your time running a quick search to see where the judge stands on the topic.

But Wikipedia is here to stay. Paper is dead. Case reporters are gone. All work is done on computers. Society, judges, lawyers, everyone relies on Wikipedia and the Internet at this point. There is increasingly nowhere else to go for definitions of many of these concepts. It’s Wikipedia or bust.

I would be remiss not to mention that in a bit of I-see-what-you-did-there, shortly after our Twitter exchange and my post, Judge Dillard wrote an opinion citing Wikipedia, for the definition of Twitter.

Twitter is an online social networking service and microblogging service that enables its users to send and read text-based messages of up to 140 characters, known as ‘tweets.’” http://en.wikipedia.org/wiki/Twitter (site last visited April 1, 2014) Wheeler v. The State, A14A0125, (GA Ct App May 16, 2014)