Sir Winston Leonard Spencer-Churchill, famed British Prime Minister during World War II, was not only a noted statesman, but also a gifted student of oration and history.

Churchill wrote numerous pieces on history, the English language, and how to develop the skills necessary to develop a mastery of rhetoric. So gifted was Churchill that he was awarded the Nobel Prize for Literature in 1953:

“…for his mastery of historical and biographical description as well as for brilliant oratory in defending exalted human values.”

Churchill was a lifelong student of the study of rhetoric and the art of public speaking. He was so talented that phrases and imagery that he used last to this day.

Churchill’s speech, “The Sinews of Peace,” in which he invokes the imagery of “an Iron Curtain” to describe the descent of Communism that was dividing Europe in the aftermath of World War II, is perhaps the most notable example of his mastery of rhetoric and effective communication.

But before Churchill was Prime Minister, before politics and war, Churchill wrote what he believed were the 5 principle elements of effective persuasive speaking. They were collected in an unpublished essay entitled: “The Scaffolding of Rhetoric” in 1897.

Churchill pulled these elements from a study of classical Greek works to Shakespeare and Lincoln (who was himself a masterful student of rhetoric). These elements remain as true and as effective as ever.

You must master these elements if you want to be an effective public speaker.

I. Correctness of Diction 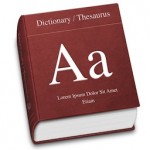 There is no more important element in the technique of rhetoric than the continual employment of the best possible word. Whatever part of speech it is it must in each case absolutely express the full meaning of the speaker. It will leave no room for alternatives…

The unreflecting often imagine that the effects of oratory are produced by the use of long words. The error of this idea will appear from what has been written…All the speeches of great English rhetoricians–except when addressing highly cultured audiences–display an uniform preference for short, homely words of common usage–so long as such words can fully express their thoughts and feelings….

Selection of language is of paramount importance. When speaking, or writing, make sure each word carefully selected to convey your exact meaning.

Churchill notes too that flowery and verbose language actually detracts from attempts to directs communicate and persuade. The focus of communication should be what you are trying to convey – don’t detract from that by muddling the message with complicated prose.

Most people just write whatever suits them- when you should focus on tactical selection of your words. 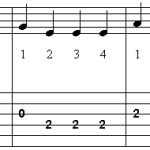 The great influence of sound on the human brain is well known. The sentences of the orator when he appeals to his art become long, rolling and sonorous. The peculiar balance of the phrases produces a cadence which resembles blank verse rather than prose.  It would be easy to multiply examples since nearly every famous peroration in the English language might be quoted.

Effective public speaking has a tempo all its own. Any famous text or quote that you know by heart likely flows along its own unique rhythm.

Lyricism in language is a lost art in most of the modern world. But it can still be employed. You should take time to listen to famous speeches. Not just for their content, but for the rhythm of delivery that is used. Take the time to understand where and why people pause. A near universal example in the Unites States is the pledge of allegiance. It p 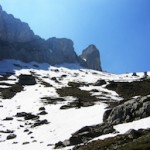 The climax of oratory is reached by a rapid succession of waves of sound and vivid pictures. The audience is delighted by the changing scenes presented to their imagination. Their ear is tickled by the rhythm of the language. The enthusiasm rises. A series of facts is brought forward all pointing in a common direction. The end appears in view before it is reached. The crowd anticipate the conclusion and the last words fall amid a thunder of assent.

Know where you are going – and make sure the audience does too. You have to be headed somewhere – and your audience should pick up on it. Effective communication builds like a crescendo in music – constantly growing and building upon itself, working its way to a grand finale.

By the time the finale is reached it should be palpable to the audience. The audience knows it is coming and are eager for the experience. 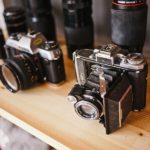 The ambition of human beings to extend their knowledge favors the belief that the unknown is only an extension of the known: that the abstract and the concrete are ruled by similar principles: that the finite and the infinite are homogeneous.

An apt analogy connects or appears to connect these distant spheres. It appeals to the everyday knowledge of the hearer and invites him to decide the problems that have baffled his powers of reason by the standard of the nursery and the heart.

Help people develop connections. A well developed analogy – “an Iron Curtain” – can be more powerful than thousands of words.

The most effective communicators are masters of analogy. A good analogy makes the foreign, familiar and the clouded, clear. A well tuned analogy may win over a more technically sound argument.

While theory and logic should prevail, most people are prone to be swayed by emotional appeal instead. 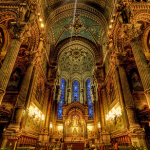 A tendency to wild extravagance of language–to extravagance so wild that reason recoils is evident in most perorations. The emotions of the speaker and the listeners are alike aroused and some expression must be found that will represent all they are feeling. This usually embodies in an extreme form the principles they are supporting. Thus Mr. Pitt wishing to eulogise the freedom possessed by Englishmen:

“The poorest man may in his cottage bid defiance to all the forces of the Crown. It may be frail; its roof may shake: the wind may blow through it; the storms may enter, the rain may enter–but the King of England cannot enter! All his forces dare not cross the threshold of the ruined tenement.”

…The effects of such extravagances on a political struggle are tremendous. They become the watchwords of parties and the creeds of nationalities. But upon the audience the effect is to reduce pressure as when a safety valve is opened. Their feelings are more than adequately expressed. Their enthusiasm has boiled over…

Make an impact. Extending the power of analogies to appeal to an audience’s emotions, Churchill notes that such an appeal is best completed with a flourish of over-the-top imagery and outrageous symbolism. We live in a post-truth world, embrace it.

In Churchill’s example, Mr. Pitt notes that so strong is the rule of law and freedom in England that despite the disparity in prestige and power between a poor man and the King – both have equal rights and liberty in the eyes of the law.

Such an extreme comparison hammers in the point about the power of the rule of law far more powerfully than a treatise on the topic might.

Follow these straightforward rules and you’re on the path to becoming an effective public speaker.

Also, if you want to bounce oral advocacy idea off of other lawyers -> LawyerSmack.