Ignore Choice Architecture At Your Peril 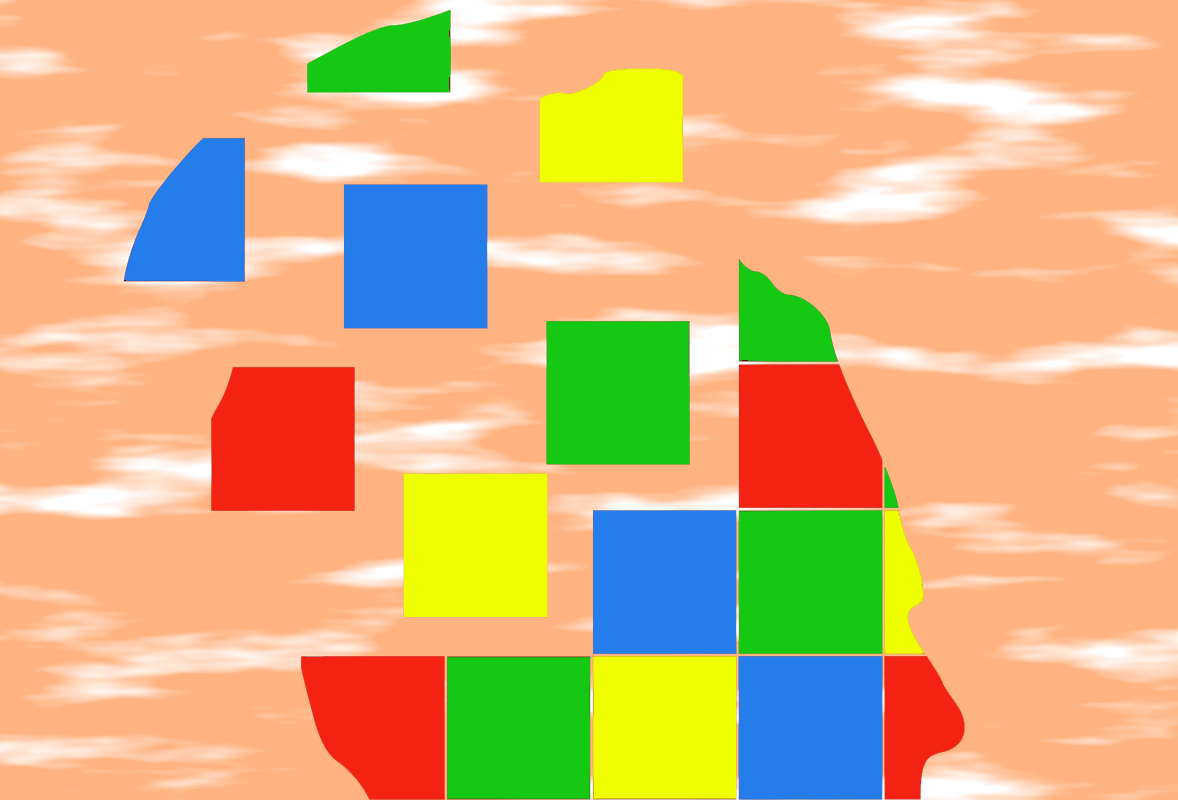 Last evening, just as his “Gays for Trump” event at the Republican National Convention, Breitbart Tech editor Milo Yiannopoulos was suspended from Twitter.

The justification for the suspension is currently unknown, although it could be as a result of Milo’s run-in with Ghostbusters actress Leslie Jones on the site. Twitter CEO Jack Dorsey publicly reached out to Jones late on Monday evening after she complained about “abuse” on the platform. Milo was suspended despite the fact that he sent no abusive tweets to the actress.

There were wide ranging reaction around the internet. A few examples: 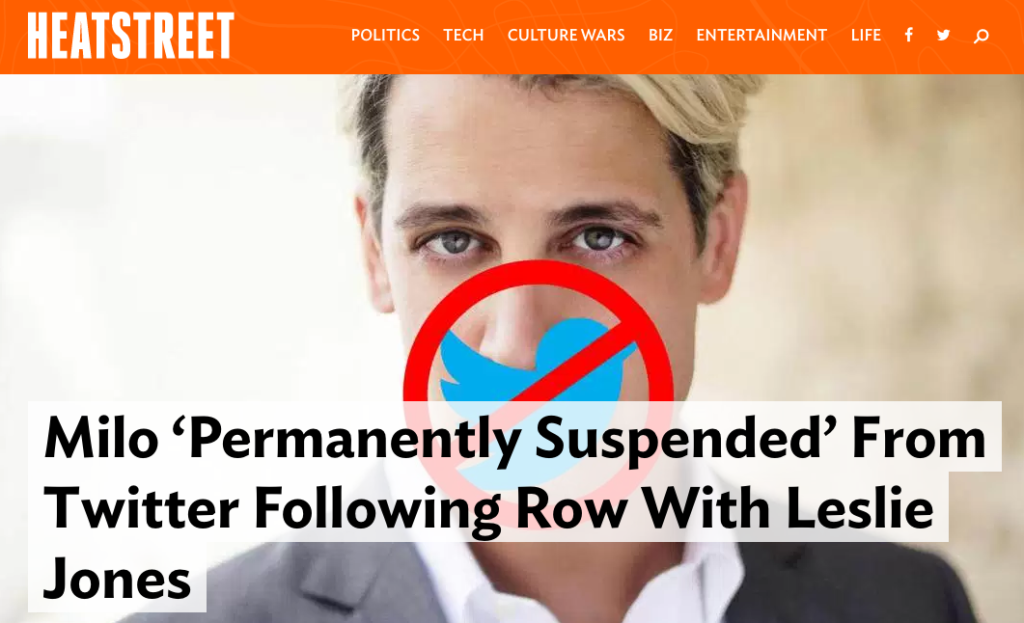 In the wake of Twitter suspending Milo’s account, people are going to be producing various pieces on: what it means to conservatives/liberals, censorship issues, how should companies behave. But there are two questions I want to address in particular:

Was Twitter’s Banning of Milo Legal?

So right off the bat, let’s be clear: Twitter has every right to ban whoever they want, for whatever reason they see fit. They are a private entity, not an arm of the government. The 1st amendment 1Congress shall make no law respecting an establishment of religion, or prohibiting the free exercise thereof; or abridging the freedom of speech, or of the press; or the right of the people peaceably to assemble, and to petition the Government for a redress of grievances. refers to government restrictions and controls on speech, not how private citizens or companies regulate speech.

If someone in your home starts blasting out racist diatribe and cursing in front of your six-year old, you can kick them out of your house. You have no obligation to let them continue by virtue of the Constitution. The same scenario applies to Twitter – it’s their house and they are free to allow people to stay or ask them to leave. So was Twitter’s banning of Milo legal? Yes, absolutely. 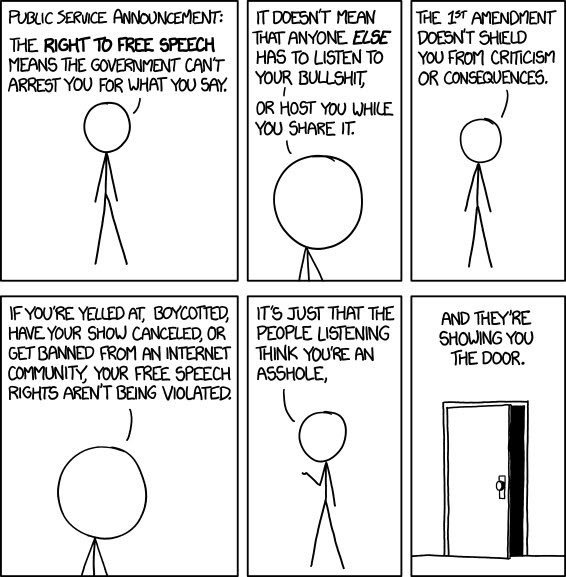 Was Twitter’s Banning of Milo Good or Bad?

We are in a moment where much of the media, and people in general, are up-in-arms about “hate speech.” Many people felt that the type of messaging that Milo engaged in was “hate speech” and deserves to be regulated or cast out. But there isn’t any legal definition or “hate speech:”

“Hate speech” means many things to many Americans. There’s no widely accepted legal definition in American law. More importantly, as Professor Eugene Volokh explains conclusively, there is no “hate speech” exception to the First Amendment. Americans are free to impose social consequences on ugly speech, but the government is not free to impose official sanctions upon it…

When the media frames a free speech story as an inquiry into whether something is “hate speech,” it’s asking a question of morals or taste poorly disguised as a question of law. It’s the equivalent of asking “is this speech rude?”

Again, Twitter is a private entity and free to band whoever they like. They found Milo rude, so they banned him. Your interpretation of Twitter’s ban on Milo depends on what you define as “rude speech.”

Despite my initial assertion above, I don’t really care if you think Twitter’s banning of Milo was good or bad. I’m more interested in how you reached that decision.

And how you reached that decision is heavily influenced by:

We live in an era of amorphous dispersal – that is, information we consume does not cascade down a rigid hierarchy of imposed structures (traditional media), information diffuses out randomly on ever-changing network ties (social media). 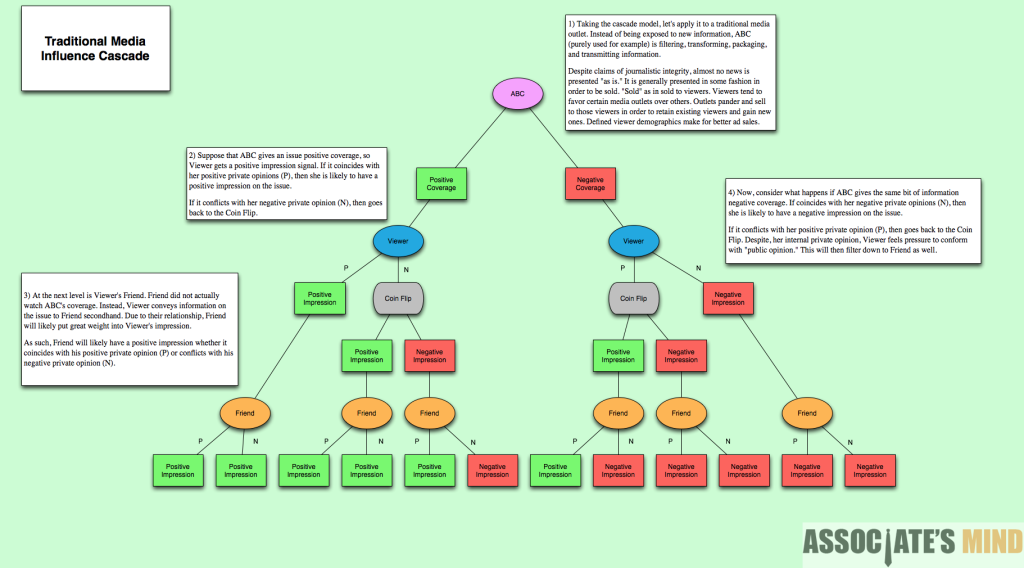 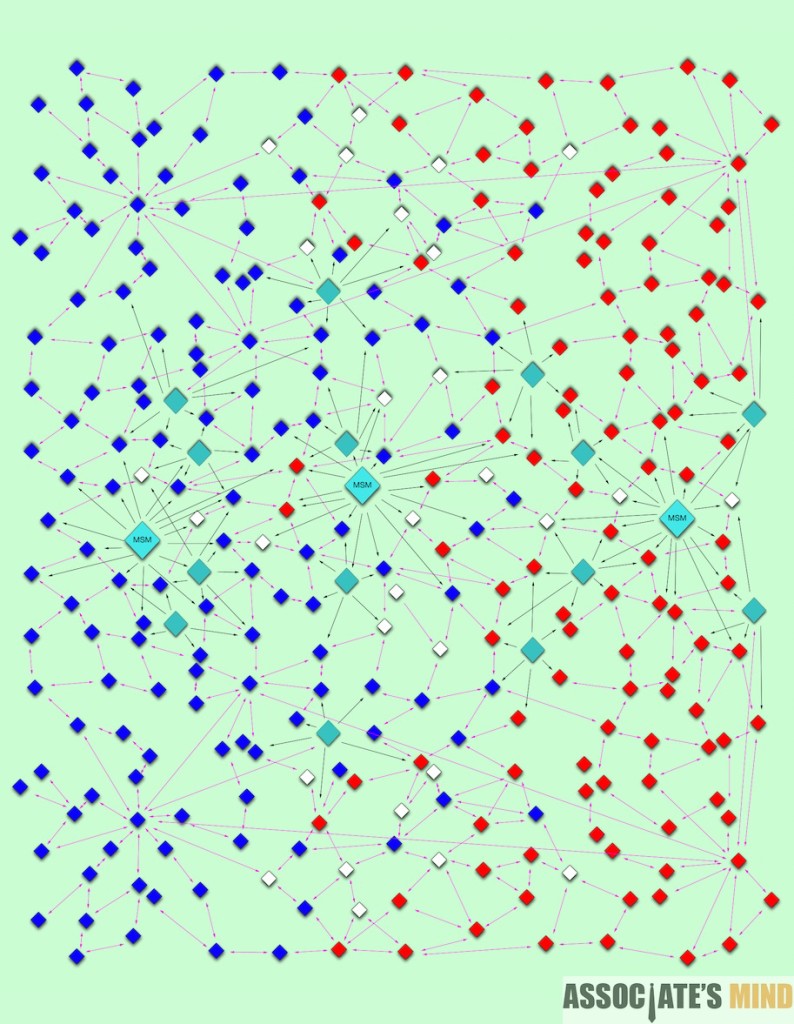 Consider the variety of headlines at the beginning of this post regarding Twitter’s ban of Milo. Is Milo a “notorious troll,” or a “conservative firebrand?” Once you’ve selected a network, you’re likely going to be exposed to only one interpretation of the event unless you actively seek out alternatives.

Consider a few other events from the past couple of days: 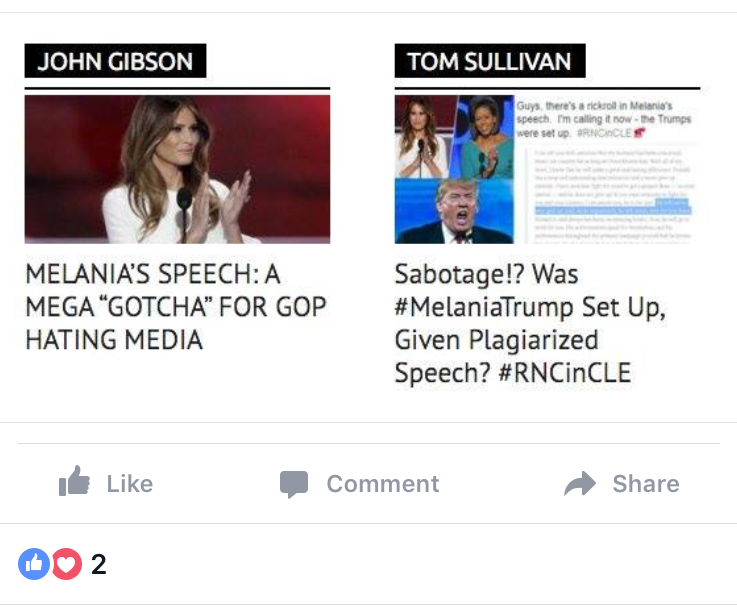 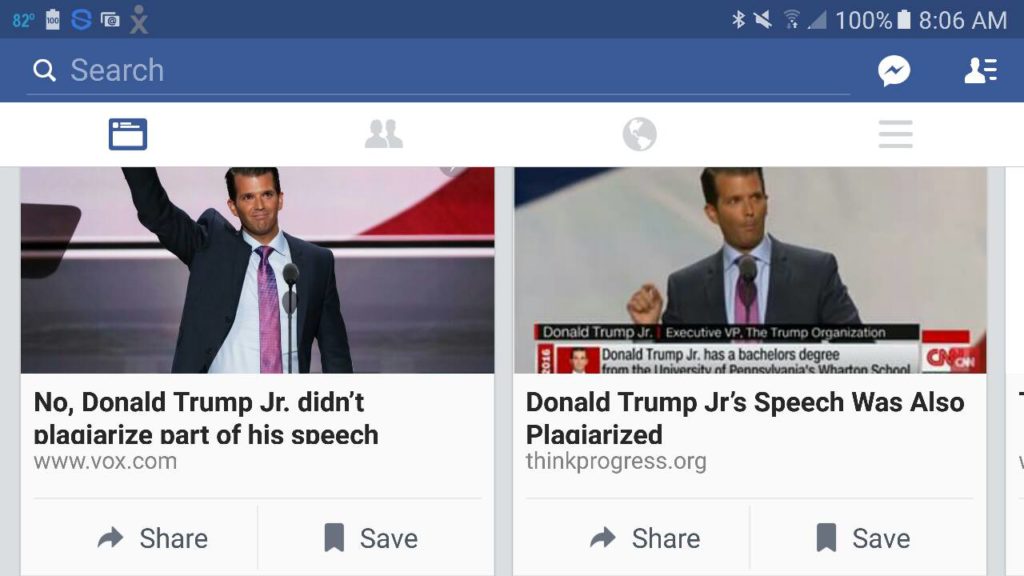 Same events, differing interpretations. What you’re exposed to is likely dependent on your choice of networks.

How about this video from Brietbart, filming the Daily Show, filming Brietbart:

Same event, different interpretations. Which you’re exposed to is a result of your network choice.

Network choice is important because it affects which interpretations of events you are exposed to.

If social media networks were truly open and completely free, none of this would really be an issue. But they’re not. Facebook/Twitter/Snapchat, etc., are not the free and open web. Despite how large they may be, they are closed off networks under the control of corporate structures.

With regards to Twitter, this means somewhere in the bowels of its San Francisco headquarters, along with it’s “Trust And Safety Council,”2Could they have picked a more Orwellian name? they are making decisions about what speech they like and don’t like. What is rude, and what is not.

This is troubling as people spend almost all their time within private networks like Twitter and Facebook, and little time in the web at large. Large social media networks are increasingly the only network for many people. These private networks end up functioning as a sort of “public commons.” But they really aren’t.

Twitter uses active engineering of choice architecture to influence and control what happens on their platform. Choice architecture is incredibly important and significant in your life. And you likely don’t ever think of it at all.

Here is an example of how choice architecture effectively encourages people to gamble with their retirement savings:

In Nudge, they discuss a somewhat depressing study conducted with CALPERS, the gargantuan pension fund for California state teachers.  CALPERS found out that the average number of times that teachers changed their asset allocation (% of stocks, bonds, cash) of their portfolio during their careers . . . .wait for it. . . . was 0 times.

That means that more than 50% of people in that pension did not ever change their asset allocation. Essentially, they started teaching at 25 years old with some generic allocation in stocks / bonds / cash, and they stuck with that generic setting for 15-40 years. Why gamble your retirement on what someone in HR chose as the default choice for the 401K? Yikes.

The choice architecture of the CALPERS asset allocation, whether purposefully or randomly structured, has immense, long-terms impact on thousands of people. Yet most people just accept whatever is the default choice. And this is a situation in which people have their life savings on the line.

People are so lazy they can’t even bother with making an informed choice with regards to their own money. Do you really think people are going to suddenly make informed decisions when it comes to information presented to them on social media?!

Do you pause at the auto-completes or trending information? Or do you just accept what shows up? Spoiler: you, and almost everyone else, just take whatever shows up. We’re lazy and the default choice is the easiest. Choice architecture significant impacts what information you see. 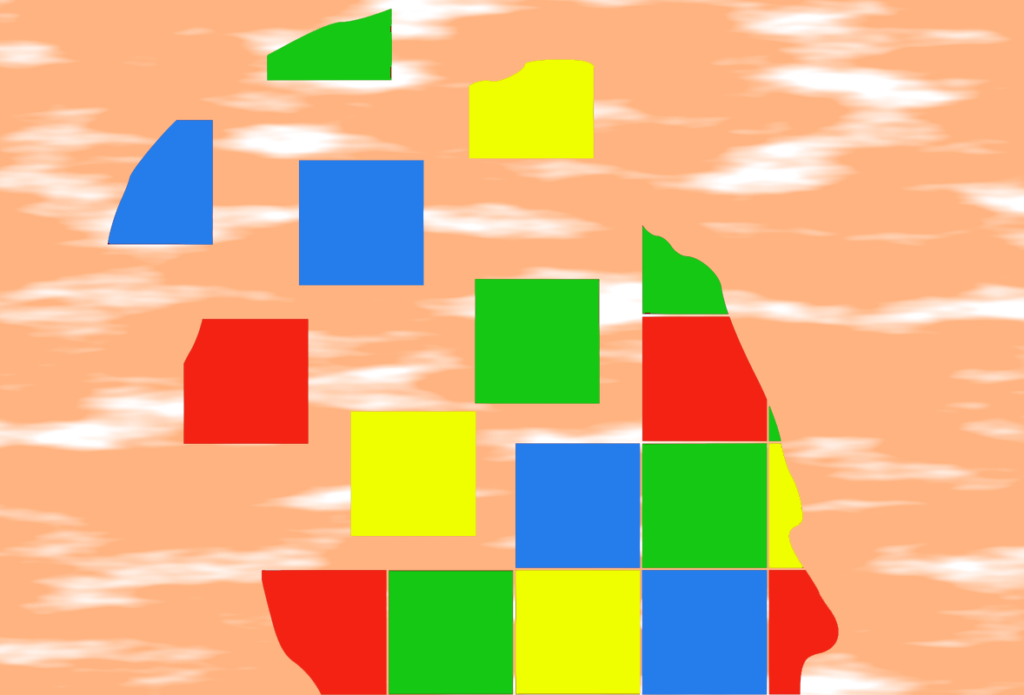 Free Milo, ban Milo, whatever. It’s just a current example to point out two of the largest influences in your life that you likely never think of: network choice and choice architecture.

The bigger concerns, the lessons you should take away from this situation:

Don’t blindly rely on other people to control what you see.