Are You A Lion Or A Gazelle? 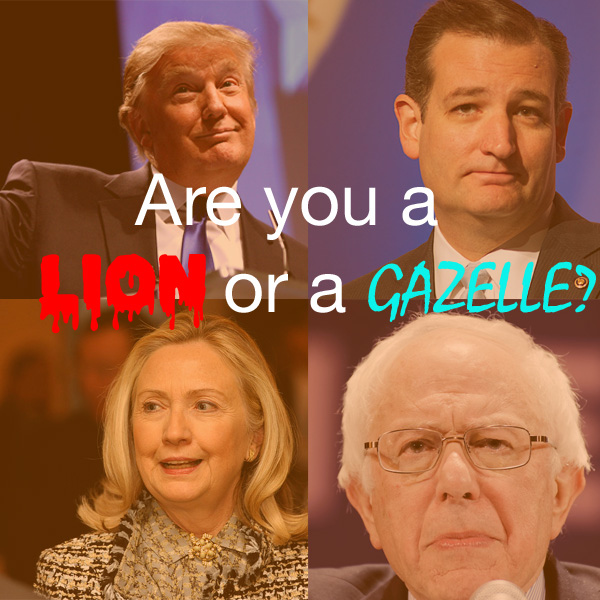 A few days ago over at Consultant’s Mind, there was a discussion of the infamous Dan Montano quote that was popularized in Thomas Friedman’s The World Is Flat:

Every morning in Africa, a gazelle wakes up. It knows it must run faster than the fastest lion or it will be killed.

Every morning a lion wakes up. It knows it must outrun the slowest gazelle or it will starve to death.

It doesn’t matter whether you are a lion or a gazelle: when the sun comes up, you’d better be running.

Yesterday was the Iowa caucus in the US, the first major electoral event in the presidential race. Predictions had solidly placed Donald Trump as winning the caucus with Ted Cruz coming in second. Hillary clinton was forecasted as having a decisive victory with Bernie Sanders trailing behind. The results? 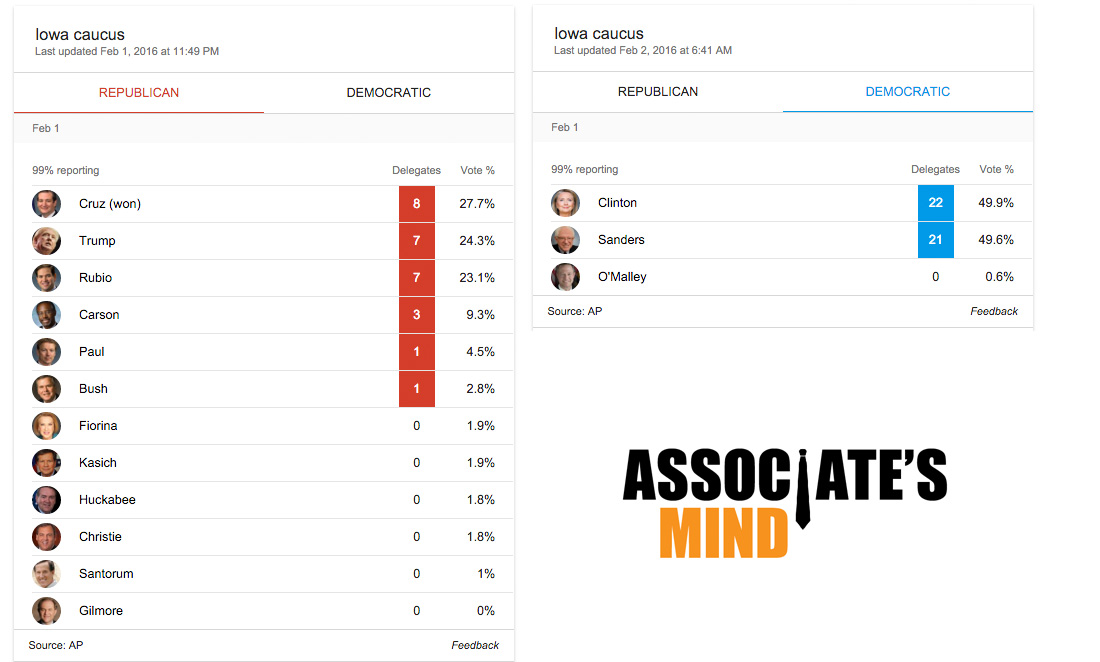 Cruz took a respectable lead, Trump came in second and Marco Rubio surged from nowhere to claim a solid third place. On the Democratic side, it is a dead heat. It often came down to a coin toss.

If Cruz or Sanders had listened to everyone else around them, they should have quit. They didn’t stand a chance. But they didn’t quit. They kept pushing and turned the predictions on their heads. Why?

Because after the results came in, it didn’t matter what other people had predicted, what mattered was that every candidate who did well had kept running.

The World is VUCA

The 21st century is an era of hypercompetition. Any business that wants to compete must not only be doing well by their own standards, they have to be doing better than everyone else as well. A few points from Consultant’s Mind:

What that should communicate to you is that many businesses are consolidating. The world is indeed becoming flat. The internet, computers, and deregulation have shifted competition from local to global. Businesses no longer compete with businesses down the block, they compete with Amazon and AliBaba.

The business world now shifts and changes at an incredible rate. VUCA. This is an acronym from the US military that stands for Volatile, Uncertain, Complex and Ambiguous. Situations are fluid. Multiple – unrelated things – can go wrong. Strategic flexibility is critical to having a good set of options. McKinsey, the largest and most prestigious consulting firm in the world, predicts that 40% of the services they deliver to clients within 3 years time will be completely different from what they do now.

But the the legal industry is special. The practice of law is a profession.

Due to the nature of the practice of law, it changes slowly. Lawyers are resistant to change and natural pessimists. Not because we enjoy being curmudgeons, but because being a pessimist consistently achieves better results for clients. Being a curmudgeon has a lot going for it as well.

Lawyers don’t embrace change merely for change’s sake. There isn’t any need to get excited over every little incremental change in technology. They’re all just tools that may or may not help a practice. As I’ve said before, lawyers aren’t anti-technology, they’re anti-bullshit.

But change is coming. Not in 2016, despite the pie-in-the-sky predictions from many legal industry observers. Change will be incremental. Change will be gradual. Until it reaches a tipping point and it washes over the industry. In the past few years we’ve seen:

The point being, change is coming. The real question is when. Anyone who tells you that they can tell you when this change is going to happen is likely selling you something. No one knows. But lawyers should be aware of that change is coming.

The Three Types Of Lawyers

Below average lawyers, come in, do the bare minimum work for clients, and get out. They struggle to get clients. They aren’t aware of the greater legal industry. They are punching the clock. They are assembly line workers. They are affected by change.

Average lawyers do average work. They’re okay at their job. They care about their practice and their clients. They pay some attention to what’s going on in the legal industry. Mostly they focus on what’s going on around them. They react to change.

Above average lawyers, first and foremost, deliver excellent legal services to their clients. They turn away clients because they aren’t a good fit for each other. They aware of trends in the greater legal industry and those related to the industries of their clients. They prepare for change.

Automation, consolidation, and technology are going to shave margins so thin that sustaining a practice on below average work in no longer going to be sustainable. Sometime in the next fifteen years or so, the below average lawyer category is going to consist only of slow lions and slow gazelles.

Which means those lawyers, and their firms, are going to die.

They’ll be replaced by larger firms or technology services. It’s going to happen. It’s not a matter of if, it’s a matter of when.

Which brings us back to the original point. It doesn’t matter what type of lawyer you are, when you wake up in the morning, you better be running.

P.S. – If you’re a law student reading this and aren’t already running, you’re probably going to graduate law school as a DOA JD. Grab my book to prevent this from happening.