The Federal Rules Of Civil Procedure Are Changing In 20 Days 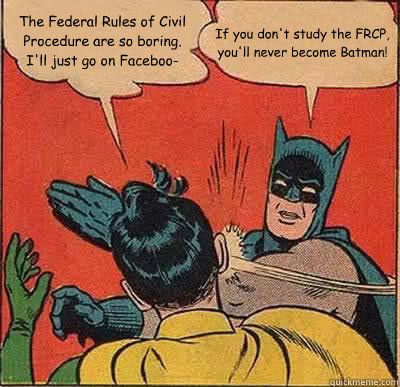 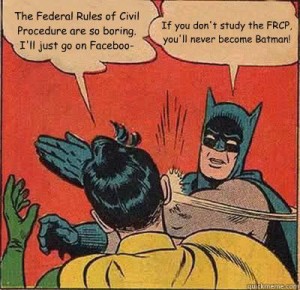 If you haven’t been paying attention, there are some fairly serious amendments to the Federal Rules of Civil Procedure (FRCP) that are going into effect on on December 1, 2015. The amendments, which apply to both new and existing civil actions pending in federal court, are an attempt to reduce costs and burdens of discovery. These amendments emerged from the 2010 Conference on Civil Litigation held by the Committee at the Duke Law School.

(b) Discovery Scope and Limits.

(1)  Scope in General.  Unless otherwise limited by court order, the scope of discovery is as follows: Parties may obtain discovery regarding any nonprivileged matter that is relevant to any party’s claim or defense and proportional to the needs of the case, considering the importance of the issues at stake in the action, the amount in controversy, the parties’ relative access to relevant information, the parties’ resources, the importance of the discovery in resolving the issues, and whether the burden or expense of the proposed discovery outweighs its likely benefit. Information within this scope of discovery need not be admissible in evidence to be discoverable.

(2)  Limitations on Frequency and Extent.

(C) When Required.  On motion or on its own, the court must limit the frequency or extent of discovery otherwise allowed by these rules or by local rule if it determines that: * * *

Over at the Civil Procedure & Federal Courts Blog, Patricia Moore speculated that:

One other significant change is to the “Safe Harbor Rule” – FRCP 37(e):

(e) Failure to Provide Preserve Electronically Stored Information. Absent exceptional circumstances, a court may not impose sanctions under these rules on a party for failing to provide electronically stored information lost as a result of the routine, good-faith operation of an electronic information system.If electronically stored information that should have been preserved in the anticipation or conduct of litigation is lost because a party failed to take reasonable steps to preserve it, and it cannot be restored or replaced through additional discovery, the court:

(1) upon finding prejudice to another party from loss of the information, may order measures no greater than necessary to cure the prejudice; or

(2) only upon finding that the party acted with the intent to deprive another party of the information’s use in the litigation may:

(A) presume that the lost information was unfavorable to the party;

(B) instruct the jury that it may or must presume the information was unfavorable to the party; or

(C) dismiss the action or enter a default judgment.

If you practice in federal court and haven’t been paying attention, you’ve got less than a month to get up to speed with things.

You can read the entire 2015 Civil Rules Package As Approved By the Judicial Conference here (PDF).