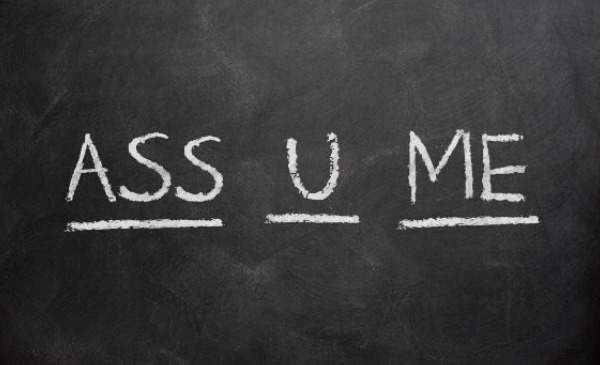 A few days ago I received a head’s up that a lengthy, research-heavy post I had written here at Associate’s Mind had been “scraped” (i.e stolen), with copyright intact and was appearing at another website. Nothing too out of the ordinary really, it happens regularly when you publish online. There are always going to be unsavory websites that steal content, throw up ads, and try to make a quick dime.

But what took me aback was that this was not some fly-by-night website, but the website of a major metro Bar Association (of which I am not a member). This was a new one. Maybe I have high expectations, but I figure that a Bar Association should have a passing familiarity with copyright laws?

I couldn’t see exactly how the article was being used. As is typical, much of the Bar Association website was password protected. But the file, which was a PDF copy Associate’s Mind with the article included, was public facing. e.g. genericbar/files/associatesmindpost.PDF

Stuff like this happens on occasion so I did what anyone else would naturally do, I hopped on social media and crowdsourced my response. After laying out the situation I asked:

Lawyers: Seems like something to have fun with. Public shaming? DMCA takedown notice? *Sigh* I suppose I could take the high road and call/email them with a “knock it off?”

Suggestions for a response?

There were a number of comical replies of course, but the general consensus (and my own inclination), was to give them the opportunity to look into it and do the right thing. A note to the Bar Association President, asking him to look into the matter. As one lawyer stated: “The benefit of being adult about it first is that if they don’t respond right you’ll feel justified in hulking out on them.”

So a polite email was sent to the president of the Bar Association. Perhaps I’m jaded due to years of online publishing, but I didn’t expect it would go well.

Yet within 24 hours of emailing the president of the Bar Association in question, he promptly responded and tracked the issue down.

Apparently, a lawyer in their Family Law section presented a CLE on evidentiary issues earlier this year to his section members, and placed the CLE reference materials (including a PDF of my article) online for the participants. So, fair use for educational purposes, though I’m still a bit unsure why a wholesale copy and reproduction of my article as a PDF and not just a link to the post (my blog has been around for 5 years, it’s not going anywhere). The President apologized for the oversight, informed the Bar staff of it, and had the file removed. He couldn’t have handled the matter better.

So pitchforks and angry mob rabble rousing all for nothing.

We All Know What Assume Means…

It’s very easy to be jaded and cynical regarding situations like the above. A couple of weeks ago someone had written a post about something else I had written and sent me a message about it. I remember looking it over and trying to decide if I should link to it or share it over social media. I had to hesitate and evaluate. You can’t trust some random website on a quick judgement – the internet is so full of spam and SEO-losers that try and get you to link to their pages in order to boost their own rankings.

A couple of years ago I wrote a widely shared article entitled The Hyperlink: A Microtransaction of Trust, that examined this phenomenon. The gist is that every time you look at a new website asking for a link or share, you engage in “thin-slicing” as popularized by Malcolm Gladwell in Blink:

Thin-slicing refers to the ability of our unconscious mind to find patterns in situations and behavior based on very narrow slices of experience.

The unconscious works by sifting through the situation in front of you, parsing out irrelevant data and homing in on what really matters.

We constantly make fast-acting judgments about things around us. The speed and volume at which we consume information today increasingly requires us to make gut calls with only the most passing of knowledge. But of course, can we “know what really matters” all the time? Is that really a safe assumption to make?

You might remember a couple of weeks ago when there was lots of online outrage over an aunt suing her 8-year old nephew for injuring her after jumping into her arms. People were aghast! What else do you need to know? Surely this was the case for pitchforks and angry mob rabble rousing! But, with just a bit of digging, Eric Turkewitz, a New York attorney, laid out that her injuries were actually incredibly severe, and that the reason for the suit was hoping that “homeowner’s insurance would cover the incident if there was liability, and that this was similar to suing a relative over a car crash.”

As Eric went on to note, the reason that the story likely went viral was that the original reporter wrote his piece in such a way that was “designed for clickbait, not accuracy.” We’re often inclined to expect the worst at first glance given something with which we’re not familiar. Social media amplifies this to an incredible degree because now everyone has their own bullhorn to some extent. People can broadcast and influence some select group of people.

Beyond that, condemning what is “obviously” bad or distasteful behavior is also one of the easiest ways to to engage in status signaling. How we present ourselves to other people, what values we project, what we think is worthy of attention or not. To do so creatively is difficult – it takes time and effort to create things that reflect our values and identity.

Condemnation and destruction of things others have done is easy. “Look how bad X is everyone! I’m totally against X!” It lets you communicate something about yourself to other people without having to give it much thought. But it’s lazy and often wrong. And as evidenced by the situation that spurned this post, I’m as guilty of it as anyone.

When confronted with new information and unknown situations, reliance on schema, stereotypes, thin-slicing, pattern recognition, and the like are often are go to behaviours. Our minds (really our subconscious), due to evolution, are lazy. They attempt to classify things for us in order to conserve energy for decisions and situations that are of consequence. But given the wild, fast-forward society we now find ourselves in, this type of quick judgment doesn’t really serve us that well. It was good when we needed to recognize predator-based movement on the Savannah, but not so great when trying to actually understand the underpinnings of some news blurb we read about a situation taking place a 1000 miles away from us.

All this is to say, be patient. Just because you are made aware of something, does not mean you need to react to it. Take the time to try and learn about a situation before you comment on it. Give the situation time to evolve or yourself time to develop an understanding of what’s really going on. It will likely serve you well.