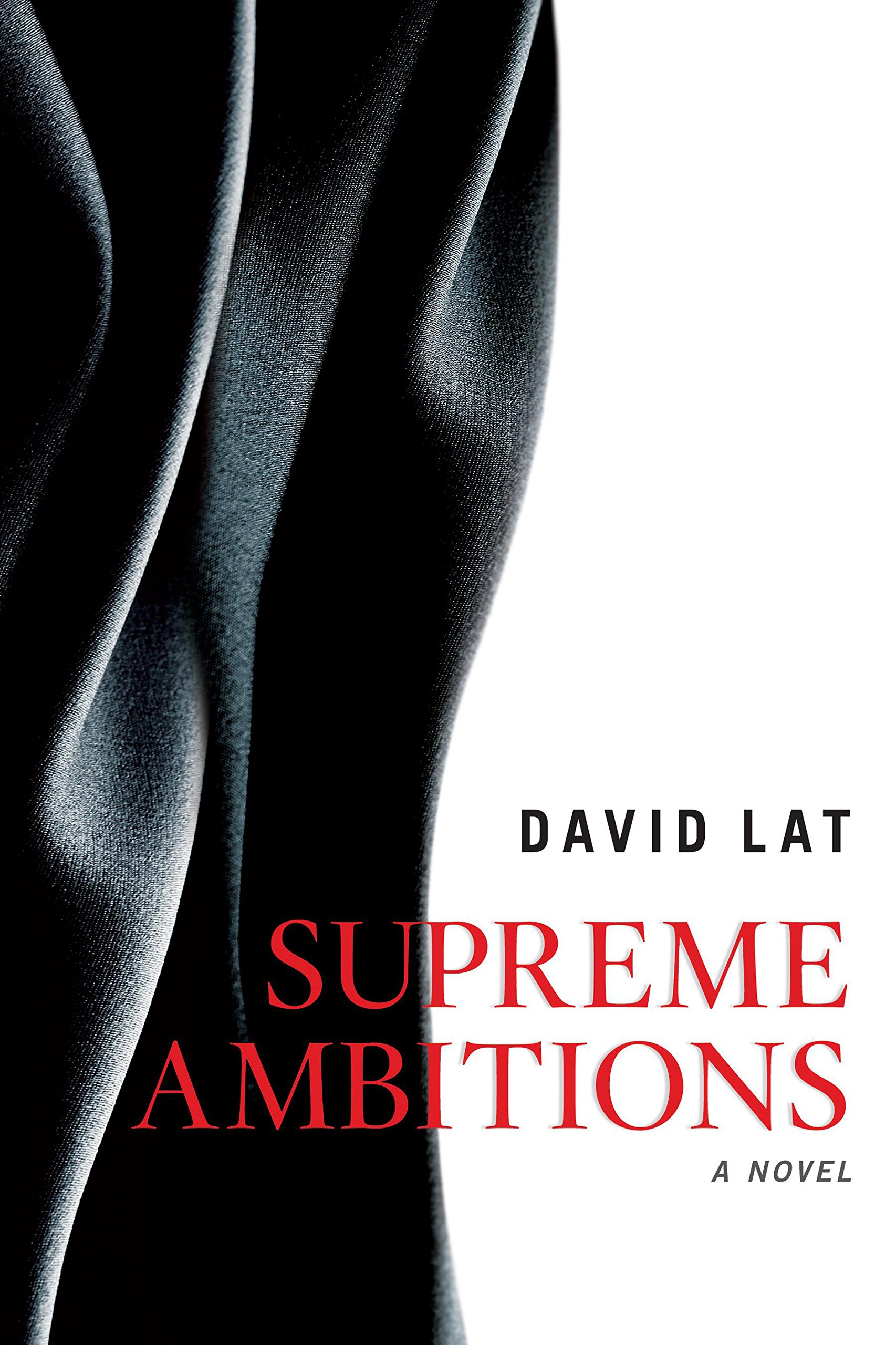 So this review is long overdue. I received an advance preview copy of David Lat’s debut novel, Supreme Ambitions, back in October of last year. I read it immediately and enjoyed it, but it also came at a time when I was fairly busy. One thing led to another, and I ended up putting it off for some time. Which I feel bad about as David is a friend. So here I am finally getting around to posting my book review (I’ve actually got a stack of books I’ve recieved the past few months and am in the process of getting through all of them).

That’s also something to consider while you read this review. I’ve known David for years, he is my editor at AboveTheLaw, and we share an editor (the excellent Jonathan Malysiak) at the ABA. That is to say, there is some inherent conflict in me reviewing the book, and expecting pure objectivity is fruitless. So full disclosure up front and all that.

For those not familiar with David Lat and his background, Lat was a federal clerk before he became the legal blog “impresario” he is today. During that time, Lat started the blog UnderneathTheirRobes, a gossipy blog focusing on the world of federal clerks. Lat eventually moved away a legal career and instead went on to create AboveTheLaw.

So it should be no surprise when I share with you Supreme Ambition’s blurb from Amazon:

Supreme Ambitions details the rise of Audrey Coyne, a recent Yale Law School graduate who dreams of clerking for the U.S. Supreme Court someday. Audrey moves to California to clerk for Judge Christina Wong Stinson, a highly regarded appeals-court judge who is Audrey’s ticket to a Supreme Court clerkship. While working for the powerful and driven Judge Stinson, Audrey discovers that high ambitions come with a high price. Toss in some headline-making cases, a little romance, and a pesky judicial gossip blog, and you have a legal novel with the inside scoop you’d expect from the founder of Above the Law, one of the nation’s most widely read and influential legal websites.

Supreme Ambitions is a roman à clef that blends Lat’s experiences in the federal courts with a politically charged legal thriller. But it also doesn’t take itself too seriously and is a fun read.

The book is full of “inside baseball” shoptalk about the world of federal clerkships.  It’s a world very few people know about or get to be a part of and Lat’s novel provides a peek behind the curtain. The pecking order back and forth between clerks to a judge, competition between the clerks of various judges, and the fight to get “big” cases.

Supreme Ambitions also offers some insight into the relentless focus on ambition achievement that exists at the level of the federal judiciary – whether it be clerks or judges. It portrays the extremes to which people will go in order get what they want.  Friends, family – it can all be sacrificed in order to get ahead.

And if you’re at all familiar with Lat’s writing, Supreme Ambitions follows suit. Over-the-top, juicy gossip abounds. Salacious rumors emerge between the characters, relationships are made and then broken. It’s a fun read and a perfect book to take with you while sunning on the beach.

Finally, you don’t need to have been a clerk (or even a lawyer) to enjoy the book. Having a working legal knowledge certainly helps, but it’s not necessary. For anyone looking for a political thriller about the insides of the federal judiciary, Supreme Ambitions is what you want to read.