The Value Of Criticism 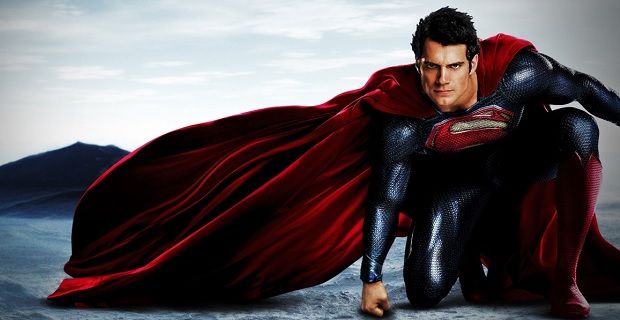 Self-assessment is notoriously unreliable, whether because we over- or under-estimate our competence. The Impostor Syndrome, like fear, saves us from being the fool, and doing harm to others in the process, by compelling us not to shut our eyes as tightly as possible and pretend that we’re the little engine that could. Except we can’t. Or more to the point, we shouldn’t, because we’re not up to the job, our petty little egos notwithstanding. We may be up to the job with experience, or we may never be up to the job.

Here’s the harsh detail that puts a dark cloud over the unwarranted exuberance: not everybody has the chops to be Superman. Indeed, most of us don’t, and even though who come close look back at their own battle with Lex Luthor and realize they could have, and should have, done something different, something better. We acknowledge, at least to ourselves, our limitations.

I respond there, which I will reproduce below, along with some commentary after:

And if I was constantly espousing nothing but empty platitudes, then people should doubly pay me no heed. But on the same day the podblast came out I wrote a post called “I Feel Like A Shit Lawyer,” in which I describe how all lawyers fail and lose – that no one is Superman. And a few weeks before that, I wrote a post entitled, “Why New Lawyers Should Seek Out Criticism,” describing the value in having experienced lawyers give new lawyers advice. So while in this instance I might not have sufficiently disclaimed Impostor Syndrome, I’m not constantly crowing about how infallible new lawyers.

I consistently point out that we (new lawyers) all have our training wheels on. But that doesn’t mean I can’t also be encouraging at times, or point out that people can sometime get things right on occasion. Impostor Syndrome does not describe those who feel like frauds while having done nothing – it describes those who continue to feel like frauds while actually having accomplished something. For some who go through the feelings that accompany Impostor Syndrome it can be crippling. It doesn’t enables performance but impairs it. That’s why it’s important for some people to discuss it. And some people need help moving past it.

That also doesn’t mean that once acknowledging one’s own achievements, a person suddenly casts off Imposter Syndrome forever. As I mentioned on the podcast, if a person is engaged in continual improvement and growth, then Impostor Syndrome is going to come up again & again. As it should. If you’re engaged in a new endeavour, then you should rightfully feel like a beginner. You don’t even have the ability or experience to appear as an impostor. You have to trudge through learning and experience to gain competence.

You have to get beat down in order to know how to fight back.

That’s also why I shared my experience of getting a client for the first time. I felt like a fake, a fraud. I could think of no reason why someone would hire me. But, using that feeling as fuel, I worked hard and resolved the issue for the client. They were happy with the work done. They went on to refer other clients to me.

That feeling, that anxiousness, remains with every client. It continues to provide fuel. But if I felt the same as I did with that first client – unqualified, an impostor – then it would be unhelpful and disingenuous. It would mean that I had not learned anything and gained no experience. Now I have other things to consider when dealing with a new client. New anxieties that come with exposure and a measure of maturity. To not acknowledge that I have grown and learned in the years since that first client crossed my door would to be engage in its own type of impostor syndrome.

Yet your point remains, and it is something I will consider. But as you state, people need “a firm working knowledge of all they had done wrong in their lives.” Maybe what I’m doing will be wrong. Maybe it will be right. Who knows. But it’s my choice to go down that road. If it turns out I made a wrong turn, then so be it. I’ll handle that as the time may come. And further down road when such an occasion come up again, I’ll have the knowledge of having done wrong previously and will hopefully make a better decision the next time.

Greenfield’s post demonstrates the value of criticism. Here is someone I respect and admire, calling me out in public. if I never faced such criticism, I would be sitting in la-la land thinking everything was rainbows and ponies. But having received his criticism, it made me think. It caused me to audit my position. Examine it from a different perspective.

In my book, The Marble and The Sculptor, that’s why I encourage people to organize dissent:

Dissent is an essential ingredient in developing thoughts and ideas. Disagreement will present alternatives to the obvious solution. It will challenge the conventional thinking, and force people to carefully consider and examine their position. If you don’t believe that your ideas, plans, arguments, briefs, etc. are able to handle the internal disagreement within your own office, then how are they going to react when they hit the real world?

Nurture it, develop it. Certainly there is a time when dissent is to be put aside and a plan of action moves forward. Yet, to move forward without ever having faced dissent within your own office is foolhardy.

As I’ve said before, criticism is a necessary part of improvement. Don’t fear it or run from it.

Criticism is a necessary part of growth.

Criticism is a gift.

Aside, something I think we can all agree on, Greenfield needs to stop putting two spaces after a period. I had to go in and delete them all when copying his text.