The Great Conversation: Brunelleschi, Failure, and Invention of the Renaissance 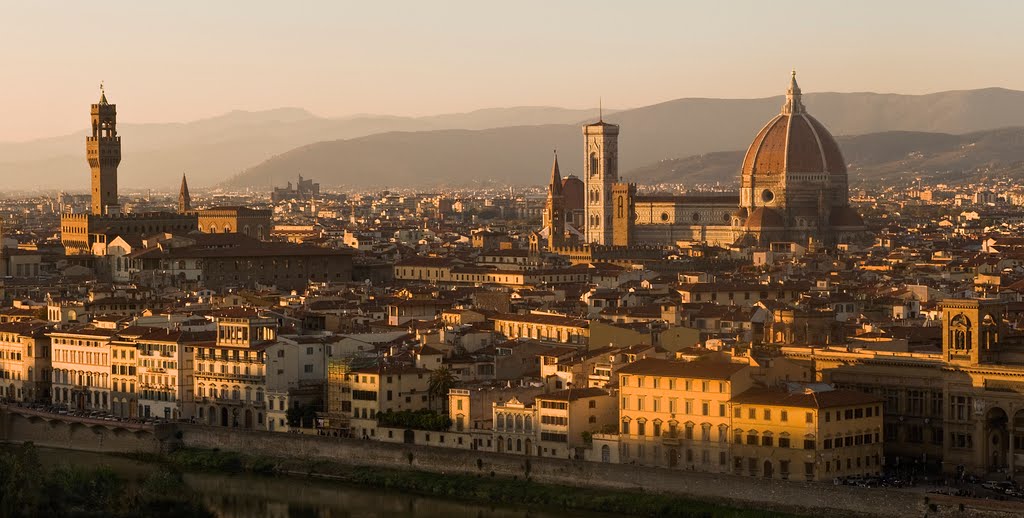 Keith has talked a lot in this blog about the difficulties in establishing oneself in practice coming out of law school, the insecurity and/or feeling of failure that young lawyers experience, the dedication and ethic(s) required to succeed, etc. Recently, and from this angle, I’ve been thinking about a historical anecdote (the subject of this post) and how it might relate to you, not only in law but also in life. It’s a story about naive confidence, great expectations, competition, humiliation, retreat, re-engagement, and rebirth. It’s a story that every human can relate to and learn from. If you think think you can’t, you’re kidding yourself.

In medieval Florence, when city plans called for a new public creation (building, specialized machine, work of art, etc.), contestants would submit their proposals to a panel of decision-makers and hope to win the contract. The winner would then set to work on the project’s actualization. So, in 1401, when an organization of merchants commissioned bronze-paneled doors for the Baptistry (an important religious building) a number of contestants entered the contest which called for the casting of a biblical scene, The Sacrifice of Isaac. Among the participants were a twenty-three year old unknown artisan named Lorenzo Ghiberti and Filippo Brunelleschi, a twenty four year who grew up a few blocks from the venerable building. Filippo was a young goldsmith and clockmaker of some repute, having already worked on commissions in a few Tuscan cities. Lorenzo, on the other hand, had no major works to his credit and had only been employed in a workshop making earrings, buttons, and other metallic trinkets. Worse, Lorenzo was of dubious paternity, rumored to be the illegitimate son of the workshop’s owner. Filippo, always supremely suspicious, worked in secrecy. Lorenzo solicited the advice of strangers, acquaintances, and artists (including many members of the selection committee) and worked and reworked his plans based on their critiques. By 1402, their competition pieces were completed and displayed. While there is controversy regarding the unanimity of the decision, Lorenzo won the commission, much to the dismay of Filippo. Always irascible, suspicious, and prideful, now Filippo was humiliated. He renounced sculpture, never again working in bronze, and quit Florence for Rome. 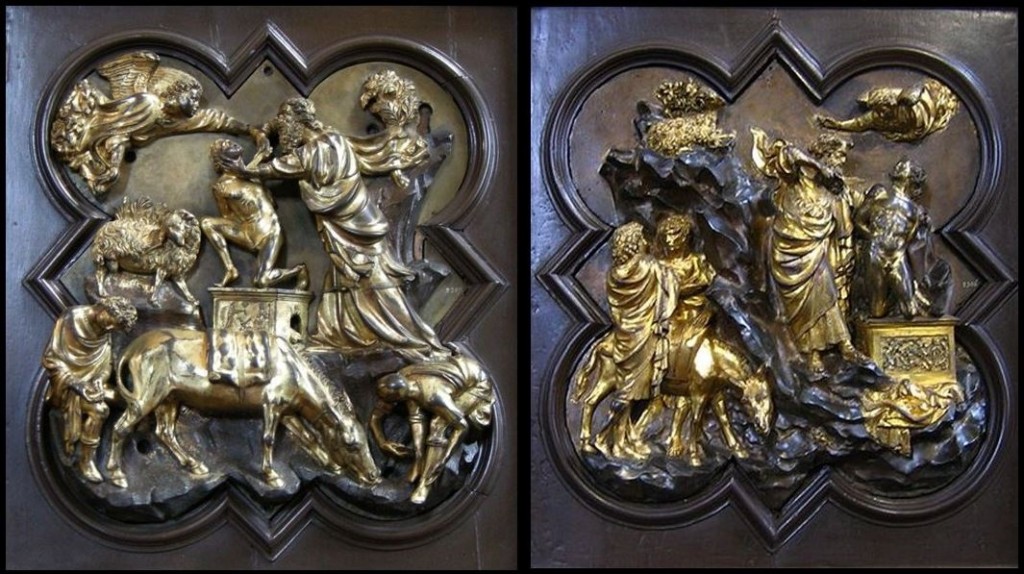 The Baptistry door competition pieces in the Bargello Museum. Can you guess which is whose? Which would you have chosen?

Far removed from its Classical glory, in 1402 Rome had shrunk to a depopulated ruin. The Forum was used for grazing the livestock of local farmers and covered with dunghills. The ancient buildings had been looted for their stone, and most were razed or on the verge of collapse. What streets remained were full of foxes, beggars, mercenaries, and prostitutes. It was to this Rome that Filippo retreated (incidentally, with a teenage Florentine friend named Donatello), not a place of majesty or cosmopolitanism. He would live in Rome for the next thirteen years. Filippo spent these years digging through Rome’s ruins, collecting and carting away pieces of interest, and cataloging his findings in cryptic written code. What was he doing? Locals claimed he was treasure hunting or practicing magic; rather, he was surveying the ancient structures and treasures, measuring their heights and proportions following the methods described by Fibonacci. Filippo’s time in Rome coincided with the beginning of the rediscovery of our Classical heritage. The recovery of buried or otherwise forgotten sculpture, architecture, and, critically, manuscripts would accelerate in years and decades to come, but Filippo was ahead of the curve.

In 1416 or 1417, Filippo returned to Florence, perhaps on the request of those overseeing the completion of the long-unfinished dome of the cathedral of Santa Maria del Fiore. The construction advisors found themselves facing a seemingly impossible situation: they were bound by oaths to build the dome to predetermined, gargantuan dimensions. No one could conceive of how to raise so much building material to such heights and to construct a steeply inwardly-sloping octagonal dome without its collapse during (or after) construction. (Traditionally, wooden frames would be constructed from the floor to a growing dome to support its weight before placement of the keystone, but at the prescribed height and size, much of the surrounding countryside would have to be deforested to create such a scoffold.) The costs were prohibitive, and these and other practical and theoretical problems seemed insurmountable. In usual fashion, the overseers staged a competition for plans.

The two men whose plans were most strongly considered were Filippo and, horrifyingly, Lorenzo Ghiberti who, during Filippo’s exile, had become one of the most prosperous and famous artists in Italy. As in the previous competition, Lorenzo had no experience in the task at hand; he had never worked in masonry, architecture, or the raising of domes. His model was small, quickly assembled, and seemed to require an underdwelling frame. Filippo, in a secret workshop, built a large and intricate model which intriguingly omitted a frame. Filippo, with apparently impressive confidence, refused to reveal his gravity-defying plans. After much debate and with near blind faith, the overseers agreed to build according to Filippo’s plan which proceeded, appropriately like clockwork, to its monumental completion. 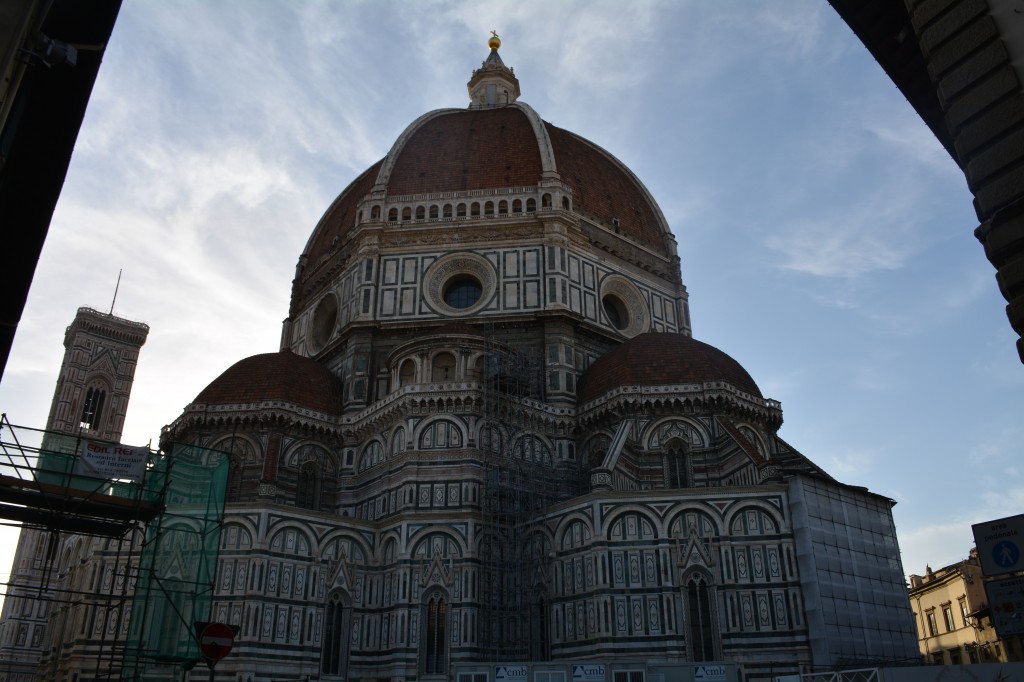 The story of the continued rivalry, personal intrigues, and engineering genius related to the raising of the dome is beyond the scope of this article; I offer you my reference, Brunelleschi’s Dome (cited below), if you’re interested in further detail. But, read as we might, no amount of study has allowed us to understand its ultimate design, much of which remains a mystery. Other than evidence garnered by direct visualization, survey, and modern deep-scanning methods, we have little insight into the genius of the details, as Filippo destroyed his drawings and calculations. Therefore, modern architects and architectural historians are left to marvel and wonder at the accomplishment. It remains the largest brick and mortar dome ever constructed. As if the Florentine skyline were insufficient to define his legacy, Filippo’s gifts to posterity are vastly more. In the history of architecture, Filippo Brunelleschi is the singular towering figure in the era after the fall of Rome; he ushered in the Renaissance style of Italian architecture. In the history of visual art, Filippo is often credited with the “invention” of perspective, that science of reproducing the appearance of the geometry of the natural world. If inventor is perhaps too strong, we can fairly give him credit for being a unique and leading participant in the rediscovery and re-execution of perspective. And we have not had the opportunity to discuss his mechanical and engineering inventions which in design and especially in execution, were the stuff of genius.

Florentine skyline from across the Arno.

I speak a lot of genius, because I admire it and I enjoy considering its beauty. But if we consider the accomplishments or the legacy of geniuses, it’s easy to lose perspective on our own lives. Few of us can relate to Filippo’s mind, and none of us will attain his greatness or legacy. But we all can relate to and learn from his journey. We can understand his pride or his naivete. If not those, then we may recognize his failures or his humiliation or his recoiling in defeat.

But do we chose to follow our passions and play to our strengths? Do we have the fortitude to re-engage and re-emerge? What separates Filippo Brunelleschi from so many little known or nameless talents is not his genius but rather his personal Renaissance. We can all learn from that.