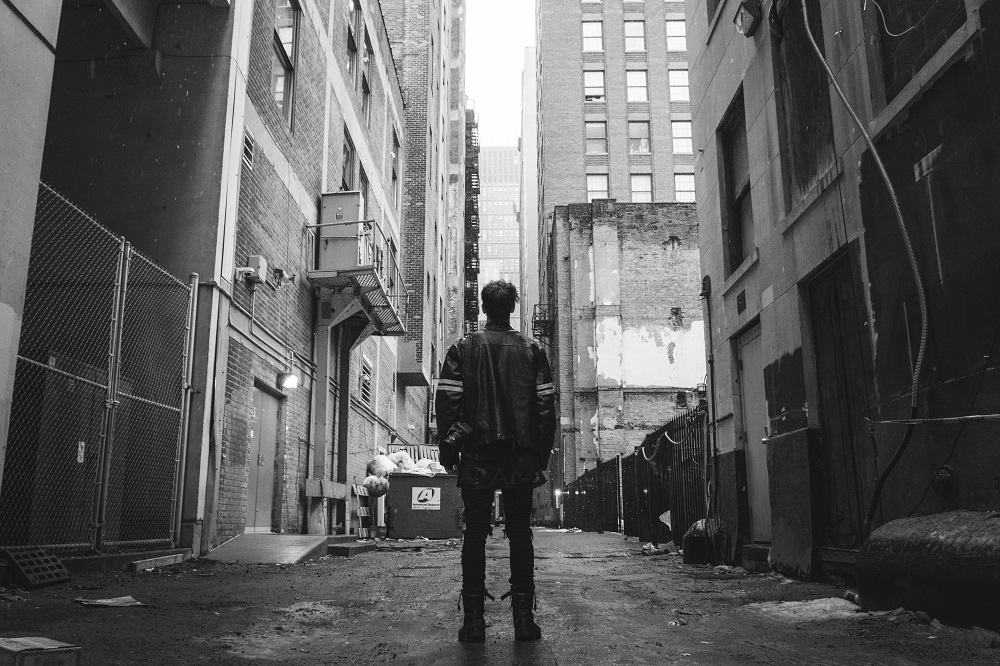 Many law students and new lawyers are obsessed with things such as rank, grades, and law review. But (thanks to the Legal Skills Prof Blog) I recently came across an empirical research study on SSRN that shows that those things have very little to do with one’s overall satisfaction and well-being once you are actually an attorney.

In their paper, What Makes Lawyers Happy? Transcending the Anecdotes with Data from 6200 Lawyers, Lawrence S. Krieger and Kennon M. Sheldon surveyed thousands of lawyers from a variety of geographic (and practice) areas in order to get an idea of what actually makes lawyers happy.

Their research and survey was based around Self-Determination Theory (SDT) – “SDT is centered on the belief that human nature shows persistent positive features, that it repeatedly shows effort, agency and commitment in their lives that the theory calls “inherent growth tendencies.” People also have innate psychological needs that are the basis for self-motivation and personality integration.” In a gross over-simplification, the more control you have over your life, the happier you tend to be.

What did they find in their survey?

…in the context of the previous law school studies, the current data show that the psychological factors seen to erode during law school are the very factors most important for the well-being of lawyers. Conversely, the data reported here indicate that the factors most emphasized in law schools – grades, honors, and potential career income, have nil to modest bearing on lawyer well-being.

All the things that your typical law student cares about has very little to do with satisfaction with your life as an attorney.

That’s a lot of words, so let’s look at a graph: 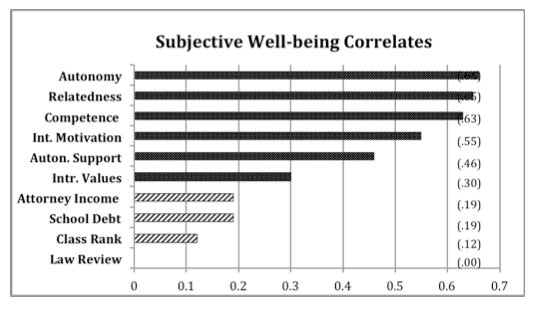 The above graph shows which areas most closely correlated with high rankings of well-being (WB) among the lawyers surveyed. Let’s look at another one:

This graph shows variables across the four broad categorical rankings: Judges, Service (public interest), Prestige (Big Law), and Other (solo/small firms). In case there was any doubt as to them having it good, judges are the happiest. On a side note, there were some unfortunate trends in alcohol consumption as it relates to lawyers and happiness. Explicitly, Krieger and Sheldon found that “billable hour(s) (requirements) were accompanied by increased alcohol use.” 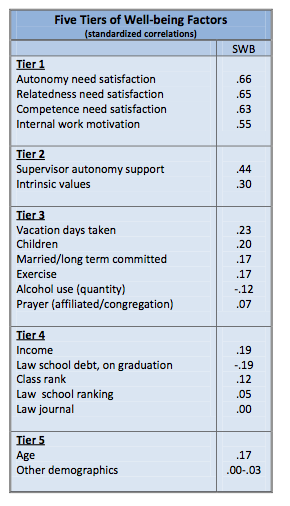 In Krieger and Sheldon’s own words:

Psychological factors related to self, others, and meaningful, personally engaging work were far more predictive of well-being than external factors relating to competitive standing, honors, or financial rewards. Secondary analyses showed that public service lawyers were happier and more satisfied than other lawyers, including those in the most prestigious, highly paid positions. Further, across the sample, a number of personal routine and lifestyle choices matched or exceeded the power of income, honors, and credentials as predictors of lawyer well-being.

This research would suggest that lawyers are far better off spending time on focusing on internal motivators for success than external ones.

Also, you know what would likely make you and I both happy? Join LawyerSmack. Because reasons.