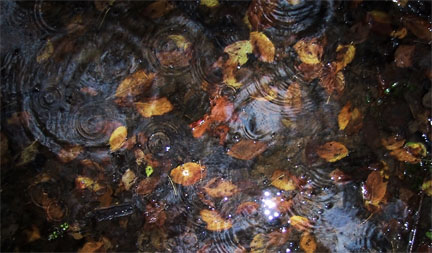 This past week, a friend of mine committed suicide. It was not expected or anticipated in any way. If you had asked me to rank people on a scale of least likely to most likely to kill themselves, he would have been at the bottom of the list. By all outward appearances his life was good. He was good looking, extremely fit, competed in sports, and had a great job. Beyond all that he was a kind and gentle person. I never heard him say a cross word to anyone, and I never heard anyone speak ill of him. He was a solid, reliable person in all respects. But now he’s gone.

This past week Jordan Rushie wrote a post entitled Regret, which is worth taking the time to read (like you should go read it before you continue here) It begins as such:

Victory. Not just victory, but epic victory. Judge Lawlor not only dismissed the case against my client, but also sanctioned the other side and their attorney, Chad Cooper. This was going to a fun call to my client…

I have to be honest, Chad Cooper might have been the worst lawyer I ever had the displeasure of dealing with. The only positive thing I could muster up about Chad is how much I loved mopping the floor with him on every motion or court proceeding. His suits never fit right, and he didn’t make a lot of sense in court. I couldn’t believe anyone was paying this guy money to represent them. Every time I dealt with Chad I felt a sense of disdain and dislike. Part of me took great pleasure watching Judge Lawlor constantly rip him apart.

At that moment, a picture of Chad and his family stood out to me. They actually looked happy together. Chad looked very different when he wasn’t wearing a suit.

While outwardly Jordan could see that Chad was a mess, he couldn’t see inside Chad – as a person, husband, and father. And as for me, I could only see the my friend was outwardly confident and successful, I couldn’t see the pain he must have been holding inside.

What it comes down to is that everyone is suffering. It’s difficult to recognize this plain truth as it is incredibly easy to be focused on our own suffering. Mortgage, bills, loans, work, family pressures, the list goes on and on. At any given point each and every one of us is carrying some type of burden. But it’s important to recognize that other people are carrying their own burdens too. For lawyers this perhaps more important still. As I wrote in my book:

A lawyer is a collector of problems. A magnet that attracts only conflicts.

Lawyers voluntarily shoulder others burdens, as well as their own. It’s important that we recognize this in each other. Be cognizant that whatever pain you have in your life, other people have their own pain too.

A community of lawyers helping lawyers.