Imposter Syndrome: Are You Faking It & Will they Find Out? 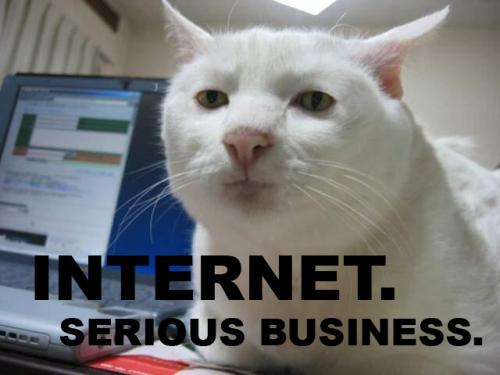 You’re assisting in a deposition. It’s your seventh one ever. You look around at the other lawyers in the room. They all look full of confidence. There is an associate from another firm about your age there as well. She’s looks calm and sure of herself. How can she be so positive so early in her career? She must have gone to a better school or be older than she looks. You could never feel that confident. You’re only a couple years out of law school.

Of course, the associate who looks so composed is only a eight months out of law school, is sitting in her first deposition, and is even more terrified than you.

Many new, young professional suffer from something psychologists have termed Imposter Syndrome:

The impostor syndrome, sometimes called impostor phenomenon or fraud syndrome, is a psychological phenomenon in which people are unable to internalize their accomplishments. Despite external evidence of their competence, those with the syndrome remain convinced that they are frauds and do not deserve the success they have achieved. Proof of success is dismissed as luck, timing, or as a result of deceiving others into thinking they are more intelligent and competent than they believe themselves to be.

It cuts across every field and profession:

Abigail [a Phd cell biology student] has far more laboratory experience than most of her peers, thanks to 4 years of work as a lab technician before starting her doctorate. Yet, each failed lab procedure or delayed experiment makes her question her abilities, even after the equipment turns out to be at fault. She worries that someday her colleagues might wise up and out her as an impostor, a fraud in a lab coat.

“Impostor syndrome” is the name given to the feelings that Abigail and many other young scientists describe: Their accomplishments are just luck or deceit, and they’re in over their heads.

Last month, Scott Greenfield wrote about it Negative Reinforcing Cycles, in which he discussed an anonymous young lawyer’s self-assessment that “I feel like I just bullshit my way through life and somehow convince people I’m
competent when in reality I am a total shithead”:

A harsh self-assessment, and likely untrue. Anyone who can engage in such metacognitive recognition isn’t, by definition, a total shithead. But such self-awareness doesn’t mean they aren’t feigning competence rather than gaining it.

…to push through, to not give up, to appreciate the knowledge one possesses and to improve on it rather quit, is what the [anonymous young lawyer] needed to hear.  Most importantly, this advice challenged the cynical arguments of others that everyone is engaged in a scam to some extent, that we all BS, that lying is how the game of life is played.  It’s not.

Sure, there are plenty who do, but not everyone. The goal is to be the real deal. 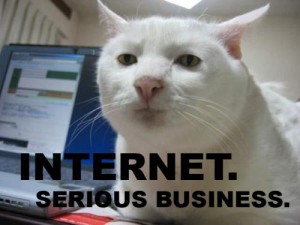 The problem many people who suffer from imposter syndrome are unable to engage in authentic, detached self-assessment. Some people are unable to look at themselves and their performance in an objective manner. Far easier to look at other people and find yourself lacking by measure. Instead you have to step back and try and look at how you are really performing. Relax into your job and office relationships. A few ways to do this:

As to this last point, I would direct you to a post today from Jordan Rushie entitled In This Sadness:

I remembered the jury deliberations in that case, and asking James if he was nervous…

“Honestly, Jordan, I’m nervous as hell” James told me, still looking cool as ice, with a slight grin on his face. “The day I’m not nervous is the day I retire from law. Even after 30 years of practice, it never gets any less nerve racking. It just doesn’t. But man, when you win, it’s the best feeling in the world. There is nothing better than winning a jury trial, nothing in the entire world…”

Being a lawyer is to be part of an adversarial system. There are times when you are not going to know how things will pan out. That’s why it matters. You have skin in the game. Nerves are part of it.

But There Is More To Life Than Work

I’d encourage to go and read all of Rushie’s post, because it’s focus is not on overcoming nerves and developing confidence in the workplace, but rather a reminder that there is more to life than your job. Often times I think that when people feel nervous about their position in a new job they overcompensate by working more and and grinding things out in the office. They push their personal life to the sidelines – especially when they are new to a job. But that personal life, and those close relationships that come with it, is what lets people gain confidence in themselves on a personal level, which in turn gives them confidence on a professional level.

So if you’re doubting yourself, take the time to really try and understand how you are functioning in your job. But also don’t forget that your job does not define who you are.