Lawyering In The Shadow Data: Digital Wakes and Pattern Recognition 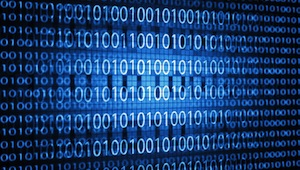 Human nature has a tendency to cloud judgment by introducing cognitive biases and emotion into the decision-making process.

Data, on the other hand, is indifferent. It is impartial. It can be comprehensive in scope where lawyers are limited in experience. Data does not care whether it is consistent with someone’s preconceived notions or personal experiences, nor is it particularly concerned with intuition.

Thus is the thrust of a new law review article entitled Lawyering In The Shadow of Data by Dru Stevenson and Nicholas Wagoner of Circuit Splits. (Disclosure: Wagoner is a friend). Stevenson and Wagoner argue that traditionally lawyers have toiled in the shadow of trial – that is perceptions and intuitions of likely outcomes at trial and anticipated litigation costs. But the rapid advances in technology are going to push lawyers to toil, not in the shadow of trial, but in the shadow of data. Big data in particular. For those unfamiliar with “big data:”

Technology giants like Google, Amazon, and Facebook have demonstrated just how valuable making the world’s information more useful can be. Even traditional brick-and-mortar industry leaders like Wal-Mart and General Electric now heavily rely on sophisticated computer networks and software to collect, store, distill, and act on the deluge of data that pours into their servers daily. The ability to crunch big data in this manner largely stems from two recent developments: the abundance of data that now exists and the emergence of software that makes it more accessible and useful.

So what exactly is “big data”? For some, it is a tired cliché; nothing more than “[a] meme and a marketing term.” For others, it is gold, or the new oil, “valuable, but if unrefined it cannot really be used.”

NPR likened it to dust: using a cell phone, browsing the web, buying groceries, connecting with friends on Facebook, driving with a toll tag—each day “[w]e kick up clouds of it wherever we go.” 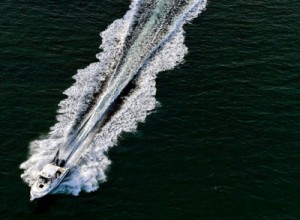 Personally, I find the concept of a wake to be a better metaphor. People leave digital wakes. When a boat cuts through water, it creates waves that allow one to clearly identify its location and trajectory. But as those waves move further out from the boat, they lessen in strength and volume. When waves are large and strong, it is easy to determine the location of the boat – they provide valuable information. When the waves become larger and weaker, it become more difficult to determine the boat’s location – the wake becomes lost in the waves. Thus, they contain less valuable information.

Digital wakes are the same. A person’s social media check-in’s, credit card purchases, and the like provide valuable real-time information on that person’s activities. But six months from now, they become less important in predicting patterns of movement or in tracking people. A digital wake loses value the older it becomes, just like the wake of a boat. But a digital wake does remain valuable in the context of big data. That is, using complex algorithms and computer analysis to mine the vast quantities of built up data for pattern recognition and predictive analysis.

So how does this apply to lawyers and litigation?

…“litigation data” means (1) the basic information about a given case, such as the names of the parties, attorneys, nature of suit, and other characteristics about the case (otherwise referred to as “case metadata”); (2) information reflected on the electronic docket sheet for a given case; and (3) the electronic court records associated with a given case. When combined, these sources paint a detailed portrait of litigation on the front lines of the federal Judiciary. When aggregated on a large scale and then filtered using software, patterns and trends begin to surface that shed light on how parties, attorneys, and judges typically behave during the litigation process.

Stevenson and Wagoner envision a future in which large scale data analysis of litigation data becomes an essential tool for lawyers. They’re not the only ones. Given the current trends in computer technology, this future seems likely. Though it is not without problems. But Stevenson and Wagoner are not pie-in-the-sky legal futurists, noting:

The analytics platforms that are facilitating this shift will not, however, supplant practicing attorneys, rather, these platforms will complement their skills, knowledge, and experience. While algorithms may be able to process and summarize trends and patterns in historical litigation data far more accurately and efficiently than their human counterparts, it is ultimately the lawyer’s job to draw on their experience and intuition to determine which trends and patterns are relevant to a given situation, and how to act on such insight.

Their greater concern stems from the informational asymmetry that may result from big data. IE – Big firms may soon possess an enormous advantage over smaller firms.

In litigation, as in military conflict, business, politics, and just about any other competitive facet of life, success often depends on access to information. Better intelligence leads to more accurate predictions and smarter decisions. In the context of litigation, this might include predictions about the strategic advantages and disadvantages of filing a lawsuit in a particular forum, which arguments will appeal to a particular judge, the type of tactics to anticipate from the opposing counsel, the cost of litigating a case to trial, and the list goes on.

Yet ultimately, Stevenson and Wagoner believe that big data is different from the legal, buzz-centric technology and apps being touted by The Future of the Future of Law crowd. That in the coming years as big data technology and techniques are fully adopted by lawyers that it has the potential to change the practice of law.

Even so, our point here has not been to promote technophilia. Tempering our exuberance for new predictive tools should be a more reflective, nuanced approach to predictions generally—a recognition that predictions can backfire, become self-fulfilling, or can even create new systemic risks or institutional fragility. Knowing the limitations of a method or technology ultimately makes it more useful. Risks and recklessness are not the necessarily the same…

Most advances in technology merely made lawyers more efficient at doing the same tasks they were already doing. Big data changes the nature of making legal predictions—and thereby promises to change the role of lawyers overall.

I agree – to a point. In the future, big data analysis of litigation data will likely provide tactical information that leads to informed strategic decisions prior to trial. But once trial starts, and judge and jury are in the courtroom, a good lawyer will remain king.