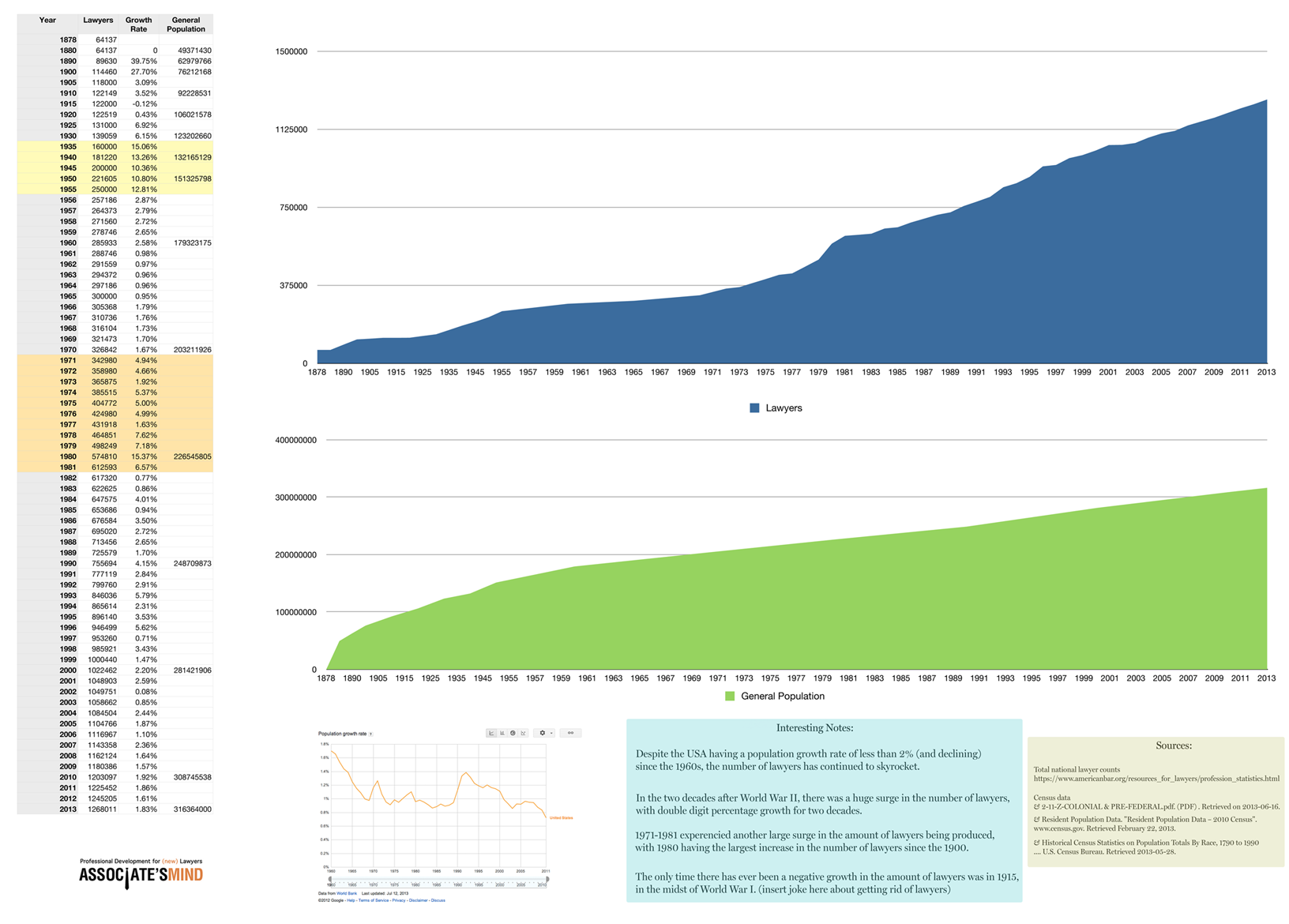 As people seem to enjoy charts, here’s another one.

What we have here is the number of lawyers in the United States (as per available data) contrasted with the population of the United States. While US population growth has been low (and dwindling) for decades, the amount of lawyers being produced has continued at a breakneck pace – particularly in the 1970s. The growth rate of the number of lawyers being produced only eased up after the original dot-com boom at the turn of the century.