The Great Conversation: Digital Minds in an Analog World 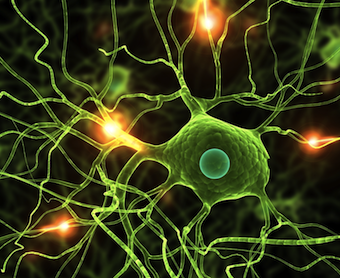 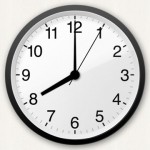 Over the years, I’ve noticed an incongruity in the way we think and the way the world works. We like to put things in categories, even if the nature of those things doesn’t call for such groupings or accept them readily. Consider race: a simplistic, pitifully old-fashioned approach might invoke “White, Black, Asian” when we all know that there’s too much grey in the reality of things to assign these limiting labels so definitely. Also, consider time, sound, power, mass, intelligence, and a million other things.

Take color: we like to think that “red” is a perfect, definable, and reproducible entity, as if what Crayola has in a box is the last word. You might say, “Well, red is defined by a certain wavelength of emitted or reflected light, the frequency of which fits into a defined category (620-740 nanometers).” I would say that nanometers is a measurement based on an arbitrary standard (meter), and the terms wave and length belie any sense of exactitude. Futhermore, the fact that the category contains a wide variety of wavelengths is problematic. Is a photon with a wavelength of 619.999992 nm not at all red? It’s totally something else? Of course not.

In fact, much of the world and the information it provides to our senses, even those entities we like to finely categorize or segment, is spectral or continuous in nature. This line of thinking requires at least three definitions. The American Heritage Dictionary of the English Language defines spectrum, continuum, and analog as follows:

So the question I’m contemplating is: Why do we humans like categories so much, even when they misrepresent the true spectral or “analog” nature of things? There is more than one answer to that question. Two easy ones to consider are a) it’s easier to treat an entity if we can narrowly define it and b) a defined entity is easier to reproduce (mentally or physically), as well. In other words, our ability to narrowly define something allows us to consider and manipulate it easier than if we had to fuss with the vagaries of its existence, particularly with respect to where its defining qualities might begin or end.

Michia Kaku, Professor of Theoretical Physics and frequent guest on Discovery Channel programing provides a succinct answer to these two practical questions by way of finite categorization of data:

…We live in the so-called digital age.  Everything is digital…it’s the sexy word of the day.  However…analog has actually more information.  You lose information by going from analog to digital, so then the obvious question is: why bother?  If you lose information going from analog to digital, then why bother to make this multi-billion-dollar conversion?  All our equipment, television, radio being converted from analog to digital, why?  Well here is how it works.  An analog signal is nothing but a squiggle with lines which can take any number between let’s say zero and one.  Digital only breaks things up into zero and one and nothing in between, so if I take a [complicated curve] and then break it up into zeros and ones, obviously I lose information in the process. So what do I gain?  I’ve got to gain something back. And what I gain is enormous, because once everything is reduced to zeros and ones,…I can copy the original wave with no errors.

While Dr. Kaku addresses what Aristotle might have called final causes of our digital world, I would like to mention what may be the efficient cause, and that requires a momentary discussion of neuroscience (see below breakout box for more on causes). After all, in whatever form nature delivers its information to us, our brains must do the processing and experiential output. So what happens in our brains?

Four Causes refers to an influential principle in Aristotelian thought whereby causes of change or movement are categorized into four fundamental types of answer to the question “why?”

Your Body: A Digital Computer

At the level of a single neuron, the smallest input/processor/output unit of the nervous system, an incredible transformation takes place. Information delivered to the interior of the cell body arrives in the form of charged particles (INPUT), the presence of which creates waves of electrical charge of varying amplitude (i.e. analog input) within this portion the cell.  When, by the combined effect (PROCESSOR) of the cell’s input, the cell body’s internal electrical potential (voltage) reaches a threshold, an action potential results. An action potential is the initiation and unfailing propagation of an electrical signal to a distant site where its effects constitute the neuron’s OUTPUT. If the cell receives not enough or ineffectively-timed voltage, no action potential will occur.

The action potential is an all-or-none proposition. Either it occurs and transmits a full signal or it does not occur and there is no output signal. On or off. Yes or no. One or zero; nothing in between. That’s right, the action potential is a digital transmission, and your entire nervous system is a digital computer. So perhaps it’s not so surprising that we seek narrow, simple definitions in a complex, overlapping world, even to the point of losing some truth in the process. Perhaps, down at a cellular level, we need to categorize. After all, the mechanics of the function of our minds requires analog to digital conversion.