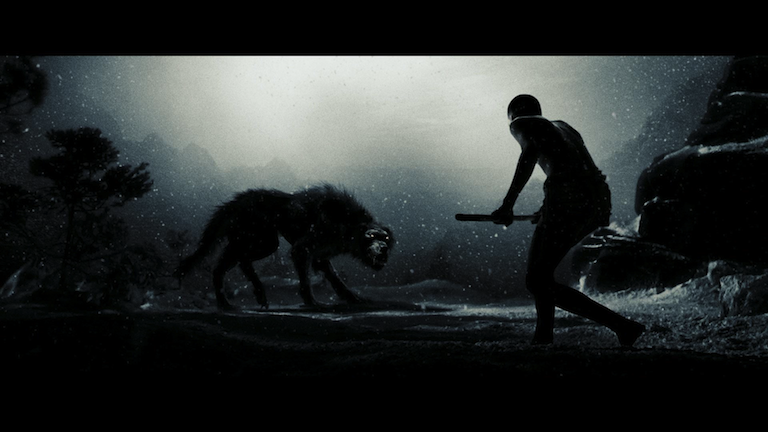 In 195 BC, Titus Maccius Plautus wrote Asinaria, generally regarded as one of the great Roman comedies. It is renowned for containing the phrase:

It is a statement that is generally taken as prima facie. A quick scan of headlines reveals:

That men prey on other men is a given. Sometimes it is with their hands – other times it is with knives, guns, bombs, and airplanes. In such a context, people are often quick to project attributes and values onto such objects and tools.

That criminal used a gun to murder someone – guns are evil.

Yet people are just as likely to project positive values onto objects and tools as well:

In both instances, people wrongly choose to focus, not on the person, but on the tool.

If you mention a sword to someone from Western culture, you’re likely to get a description of a standard broadsword. Big, long, double-edged. The typical close-rage weapon used by Western soldiers for thousands of years. It is so ingrained in Western culture to have given rise to the phrase “X is a double-edged sword,” meaning something could go either way. In contrast to Western swords, a katana, the Japanese sword, has only one edge.

It has been discussed and researched endlessly elsewhere, but for a variety of reasons Japan did not aggressively court technologic growth to solve problems as in the West. During the Medieval era in Europe, bows gave way to crossbows which gave way to muskets and rifles in an attempt to develop more efficient killing machines. During the same time period in Japan, the bow remained – largely unchanged. Instead, Japanese warriors developed Kyūjutsu (“art of archery”), a deep study of archery and self-mastery in order to improve their skills. Their focus was not improvement of the tools – but of themselves.

A sword can be used for evil; to hurt and to murder. A sword can also be used to protect the weak or to preserve the rule of law. The sword is not what is important – rather the intent of the hand that wields it.

What Sort Are You?

Most people are unaware that “Homo homini lupus est” is actually only part of a phrase from Asinaria. It is ironic and perhaps emblematic that the portion of the phrase that became infamous focuses on the darker nature of man. Yet the entire phrase is:

“One man to another is a wolf, not a man, when he doesn’t know what sort he is.”