Can Software Replace Outside Counsel? or Shiny New Tools 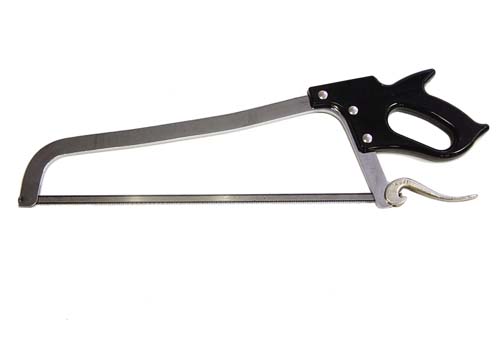 The use of computer automation and software continues to make its presence felt in the legal industry. Much of it is actually rather banal or inconsequential; Twitter for lawyers or some other silly thing. But there is a gradual, continued push to actually develop software that helps streamline the time it takes lawyers to find answers. Can anyone imagine going back to using caselaw books instead of databases like Lexis or Westlaw? Even databases are evolving with new entrants like FastCase and Google Scholar, and advancements like WestLaw Next. All of these offer access to broad swaths of the law; codes, regulations, case law, practice guides, etc. For many practitioners, it is likely an overwhelming, and unnecessary, amount of information. As such, WestLaw and Lexis offer various tailored packages – access only to this or that information, but nothing particularly tailored for a narrow type of practitioner. Probably because there isn’t enough money to be made or demand from their users. But there is in the world of general counsel.

General counsel are, well, generalists. They field a variety of questions from disparate divisions of corporations every single day. They are essentially living legal FAQs for their business. This means they can’t spend too much time on any one problem. It is also unlikely that a general counsel has a depth of experience in any given area of law. As such, they must rely on outside counsel. But as every phone call to outside counsel generates legal fees for the corporation, general counsel are looking for ways to minimize their reliance on outside counsel. So Wolters Kluwer developed GCN in order to attempt to give general counsel tools and information in an easy-to-use interface. The impetus for the software tool came from that fact that:

“They’re just constantly bombarded with questions from so many different areas,” says Ayotte Welu, lead developer on GCN, adding: “I spoke with so many counsel who said, If I have to spend more than 15 minutes, I have to call outside counsel—and that means money.”

Essentially, it is a bespoke research tool for general counsel. It’s only natural that such a tool would first be developed for general counsel – their employers have the money to pay for such a thing in the hopes that it will reduce their overall legal costs in the long run. But I have to imagine it is among the first in a wave of new software tools that are going to be developed for lawyers, and likely consumers, in the coming years. For lawyers this is likely to be a good thing – any tool that helps them acquire answers for their clients more quickly and with reduced costs is to be lauded. But such software remains only a tool. Lawyers have the skill and experience to know how to wield such tools. Problems will arise when such tools are developed for lay people. Scott Greenfield summed it up last week in reference to a post on PopeHat in which a commentator made an off-cuff remark as to how he felt confident enough to take the bar exam from reading legal blogs:

I profess to try to illuminate rather than make people stupider for having read something at SJ. But at best, you get a tiny, minuscule piece of the puzzle. My posts tend to focus on a minute slice of law, a discrete issue under highly specific circumstances. Yet non-lawyer readers invariably try to extrapolate them into concepts of such great breadth as to make them bizarrely wrong and inapplicable. As much as I may try to rein in their enthusiasm, usually to their anger and resentment since we’re supposed to be on the same team, they rarely understand why.

This isn’t a class in law school. This isn’t “truth,” whatever that means. You do not know the law from reading blawgs, and you are not prepared to take the bar exam, no less inform others of how they should conduct themselves.

People feel this way just from reading legal blogs – can you imagine how confident they are going to be when they use “Wisconsin DUI Navigator” or some such app? And how incredibly wrong they are likely to be? Will they software developer pick up their legal fines when they get it all wrong? 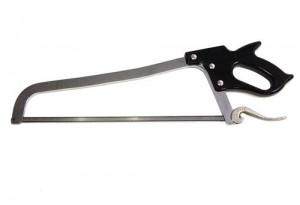 Shiny new tools are all fine and well, but you also need the requisite knowledge of how to properly use and understand such tools. It’s one thing to say, use a saw to cut a tree limb, quite another thing to use a saw to amputate a human limb. The tool is the same, the knowledge of how to use it makes all the difference. So while I certainly welcome new software like GCN for lawyers, I hope that anyone developing such software for lay people will do so with trepidation. It’s great to try and help people understand their legal problems, quite another thing to make them feel as though they can solve them on their own. Hopefully the people developing such software will have the wisdom to know the difference.