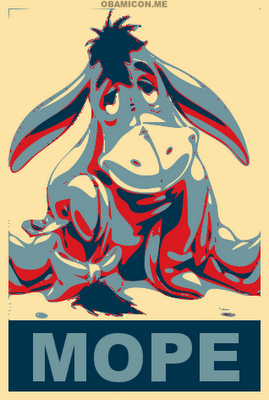 Two articles stood out to me from mainstream press outlets this past week*. One from the Atlantic, and one from the Wall Street Journal. The Atlantic’s piece, The Jobs Crisis at Our Best Law Schools Is Much, Much Worse Than You Think (citing LST’s 2012 report) delves into the abysmal employment landscape for new lawyers:

The barren job market for law school grads has become a familiar reality by now. But here’s something that tends to get lost in the story: The problem isn’t just about no-name law schools churning out JD’s nobody wants to hire. Even graduates at some of the country’s top programs are struggling…

Nine months after graduation, just 56 percent of the class of 2012 had found stable jobs in law — meaning full-time, long-term employment in a position requiring bar passage, or a judicial clerkship, i.e. the sorts of jobs people go to law school for in the first place. The figure had improved just 1 percent compared to the class of 2011.

Meanwhile, a full 27.7 percent were underemployed, meaning they were either in short-term or part-time jobs, jobless and hunting for work, or enrolled (read: burning cash) in another degree program.

At the same time in its piece, On Sale: The $1,150-Per-Hour Lawyer, the  WSJ was reporting on increasing hourly rates by some of the country’s top firms, with a caveat – they’re negotiable:

Think of hourly fees “as the equivalent of a sticker on the car at a dealership,” said legal consultant Ward Bower, a principal at Altman Weil Inc. “It’s the beginning of a negotiation.…Law firms think they are setting the rates, but clients are the ones determining what they’re going to pay.”

Some companies insist on budgets for their legal work. If a firm billing by the hour exceeds a set cap, lawyers may have to write off some of that time.

Other clients refuse to work with firms who don’t discount, lopping anywhere from 10% to 30% off their standard rates. Some may grant rate increases to individual partners or associates they deem worthy. Another tactic: locking in prices with tailored multiyear agreements with formulas governing whether clients grant or refuse a requested rate increase.

In practical terms, that means the gap between law firms’ sticker prices and the amount of money they actually bill and collect from their clients is wider than it has been in years. 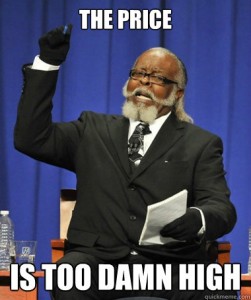 Taken together, they paint a fairly grim picture for all the new millennial lawyers joining the profession, and points to an overall trend in legal work – it’s too expensive. At this point, the downturn affecting the legal profession has been discussed ad nasueum. These articles are merely a drop in the ocean of articles that have been written in the past year. Law schools are bad, law professors are bad, law students are bad. New lawyers are not practice ready, there are not enough jobs, legal costs are too high. All because:

So these new graduates emerge into a bad economic climate and a worse job market. And increasingly it seems as though…they revel in it. Everything is bad, nothing can be done. Better to give up and just whine about it on the internet. There is a nearly sycophantic obsession with law schools and older lawyers. The law schools scammed them and older lawyers don’t “get” them. No one understands the problems they face. It is constantly about their problems. But being a lawyer is not about your own problems – it’s about other people’s problems that you take on as your own. Even then, it is not really about the problems. The problems are done. The lawyer is there to provide a solution, an answer that solves the client’s problem.

Which all leads me to the question:

If new lawyers cannot solve the problem of their own millennial malaise, how do they ever expect clients to trust them with their problems?

* H/t to Consultant’s Mind & Ptate86 for the head’s up on the respective articles.