“No. In fact, I worry about not offending people.” 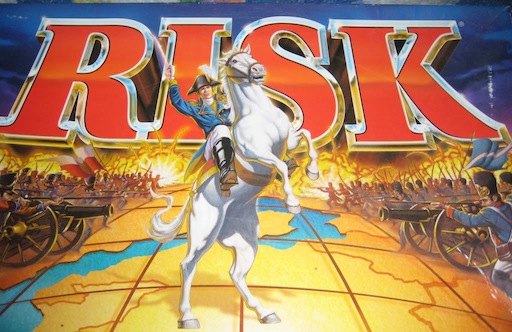 So says Dan Harris over at China Law Blog:

I remember being a panelist at a Shanghai event a few years ago when someone in the audience asked me if I was ever concerned about offending people with this blog. My response went something like this:

One of the advantages to being a founder of a small firm is that I do not have to worry about offending some people, I just have to make sure at least some people love us. If only 5% love us and only 5% of those people hire us, that would be a huge amount of work. The key is to say enough to be worth reading.

Also, if we failed to tell things exactly as we see them on our blog, we would get in all sorts of trouble because it is too difficult to remember what we say say and to remain consistent.

There must have been something in the air this past week, as the following day, Scott Greenfield discussed the risk of taking a stand:

Here’s the 411: Blawgers who take a stand on anything real open themselves up to retaliation. We make ourselves targets. We take risks. Huge risks. And sometimes, we get spanked hard for what we do.

More than once, while I’m sitting on a hard bench waiting for my case to be called, will a clerk come from behind and whisper in my ear that the judge didn’t appreciate what I wrote last week. More than once has a prosecutor greeted me with a sly smile and “I saw your blog the other day,” just to let me know that he can’t wait to take me down a few pegs.

Readers have no clue the risk blawgers take with every post.

Greenfield goes on to clarify that only “true” blawgers take risks. Not those lawyers who put out blogspam about accidents or Top Ten Tech Crap of LTNY. These lawyers “[T]ake no risk. They take no stand. They serve no purpose.”

But it is tough to take a stand. It requires courage to step out from the herd and speak boldly. For example, was it wise of Jordan Rushie to post about his naiveté and hubris as a new lawyer this past week? Is it the type of thing that clients want to hear about their lawyer?

(Managing Parnter): “You did… what?! You do understand that I have to interact with David and appear before Judge Moore fairly regularly? And you moved to sanction David over a very minor discovery issue without trying to resolve it first?! I am just… astonished… at how bad your judgment…”

(Rushie): “C’mon James, that fat slob made some some lame ass excuse about “being on trial for two weeks with some medical malpractice thing” and his client being out of the country. He should have gotten us the documents on time. We’re in the right here! I will start drafting our appeal to the Superior Court as soon as I get…”

(Managing Parnter):“Just… shut up. Stop talking. I should have known. I really should have known. This is why you don’t send children into court. You may think you’re a bigshot, that you’ve done so much, and that you’re special because you clerked at BigFirm. But you aren’t – you’re a child. You’ve never tried a case before a jury. Hell, you’ve never even filed a complaint or handled a case from start to finish. You’ve probably never woken up in the middle of the night thinking you’ve missed a deadline that would constitute malpractice. Up until today, your biggest stress was missing a homework assignment, getting a bad grade, or making it to the bar after your friends left.

I believed you, that you knew what you were talking about, and that you were able to handle this motion like an adult. I was wrong. No, you lied to me. And you know what else you did? You made me look like a complete and total moron by sending you into court hopelessly unprepared and inept. I will need to apologize to both Judge Moore and David for your… antics. I am so pissed off right now that I’m going to start screaming, so I’m going to hang up. I want you to go directly home, because I don’t want to see you at the office. We’ll talk tomorrow, because otherwise I might just suggest finding work elsewhere. And I still might do that tomorrow, but I want to sleep on it. Do you think I’m impressed with you? Because honestly, I’m not…”

At 26 years old, was I too old to cry? Who cares. I wiped my eyes on my French cuffed shirt, feeling like a child wearing his father’s suit rather than a big time litigator… 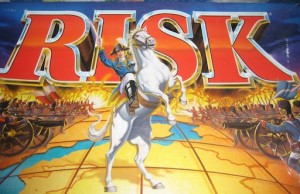 It’s been years since this experience, and one would assume that Rushie has learned from it and grown into a more competent, street-wise attorney. But it’s possible that a potential client could read Rushie’s post and decide that they don’t want to have anything to do with a lawyer that airs his dirty laundry and rookie mistakes in public.

But Rushie felt it better to step out and say something that really mattered. To take a stand and be open with his life, experience, and practice. And because it is true and honest – it resonates with those who have had those same experiences. Note the number of other lawyers who commented on the post all essentially saying: “Been there, done that.”

All this is to say, if you are going to blog and write and public, take a stand with what you write. Believe in your words, believe in yourself. Contribute to ignorance-reduction, not the propagation of the banal and the benign. Take a risk and say what you know needs to be said.

It’s what the rest of us really need to hear from you.