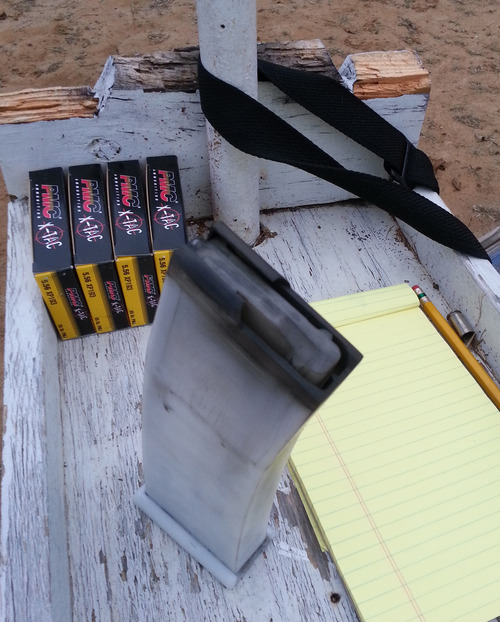 In the wake of the horrific tragedy of the Newtown shootings, President Obama is set to unveil new firearm control tomorrow.

Firearms evoke a wide rage of opinions from people. Many people favor stricter regulations on the availability of firearms. Others feel as though firearm ownership is regulated enough. And neither side is apt to grant ground to the other.

At the heart of the issue is the 2nd Amendment to the U. S. Constitution:

“A well regulated Militia, being necessary to the security of a free State, the right of the people to keep and bear Arms shall not be infringed.”

Publius Valerius Publicola (or Poplicola, his agnomen meaning “friend of the people”) (died 503 BC) was one of four Roman aristocrats who led the overthrow of the monarchy, and became a Roman consul, the colleague of Lucius Junius Brutus in 509 BC, traditionally considered the first year of the Roman Republic.

Marcus Junius Brutus (early June, 85 BC – 23 October, 42 BC), often referred to as Brutus, was a politician of the late Roman Republic. After being adopted by his uncle he used the name Quintus Servilius Caepio Brutus, but eventually returned to using his original name. Best known for his “Sic semper tyrannis” (“thus always to tyrants”) – the assassination of Julius Caesar.

What do two ancient Romans have to do with the firearms debate? Nothing. And everything.

The names Publius and Brutus were taken by two men who wielded great influence on the construction of the Bill of Rights.

The Anti-Federalist Papers are a collection of articles, written in opposition to the ratification of the 1787 United States Constitution…One of the major points of the articles was the danger the new Constitution would bring without a statement of individual rights. Some of the Anti-Federalist concerns were addressed in the Bill of Rights, which was added later. (via Wikipedia)

The authors of the Anti-Federalist Papers were against adoption of the new Constitution as they thought it would overreach and infringe on the rights of the States and individuals. So what are we to make of Yates’s thoughts on individual rights (including the right to bear arms)?

Those who have governed, have been found in all ages ever active to enlarge their powers and abridge the public liberty. This has induced the people in all countries, where any sense of freedom remained, to fix barriers against the encroachments of their rulers. The country from which we have derived our origin (Great Britain), is an eminent example of this. Their magna charta and bill of rights have long been the boast, as well as the security of that nation. I need say no more, I presume, to an American, than that this principle is a fundamental one, in all the Constitutions of our own States; there is not one of them but what is either founded on a declaration or bill of rights, or has certain express reservation of rights interwoven in the body of them.

– Anti-Federalist No. 84, On the Lack of a Bill of Rights

Without a doubt, Yates, and the other authors of the Anti-Federalist papers, were in favor of an individual’s right to bear arms.

However, the authors of the Federalist papers also had a greater plan in mind. According to Federalist 1:

It has been frequently remarked, that it seems to have been reserved to the people of this country, by their conduct and example, to decide the important question, whether societies of men are really capable or not, of establishing good government from reflection and choice, or whether they are forever destined to depend, for their political constitutions, on accident and force.

In particular, it is useful to examine the writings of James Madison, generally considered the father of the Constitution and the Bill of Rights. Despite being the “father” of the Bill of Rights, Madison was not a fan of the idea. Only when it seemed as though the anti-federalist faction was going to be successful in blocking the acceptance of the new Constitution did Madison construct the Bill of Rights. Madison did so because he believed that United States needed a strong central government to thrive in the future.

So what were Madison’s views on firearms? As he was in favor of a strong federal government, was he against the individual’s right to bear arms?

Those who are best acquainted with the last successful resistance of this country against the British arms, will be most inclined to deny the possibility of it. Besides the advantage of being armed, which the Americans possess over the people of almost every other nation, the existence of subordinate governments, to which the people are attached, and by which the militia officers are appointed, forms a barrier against the enterprises of ambition, more insurmountable than any which a simple government of any form can admit of. Notwithstanding the military establishments in the several kingdoms of Europe, which are carried as far as the public resources will bear, the governments are afraid to trust the people with arms.

– Federalist Paper 46: “The Influence of the State and Federal Governments Compared.“

So looking back for opposing views on the right to bear arms is futile. Everyone was in favor of the right. Instead, we must look at how firearms feature in our culture right now.

There is no denying that the USA has a problem with gun violence.

What to do about it? While the 2nd Amendment guarantees the right to bear arms – case law and supplementary legislation has modified a number of rights enshrined in the Constitution. The Constitution is a living document that is continually interpreted as time moves one. Numerous restrictions on types of weapons have been legislated in the past, to varying degrees of success. So the fact that President Obama or Congress may seek to control or restrict in not unprecedented. What recommendations are going to be made?

The recommendations — many of which Obama has endorsed — are expected to include a tougher version of the assault weapons ban that expired in 2004; a limit on the number of bullets that magazines can hold; background checks for gun shows and other “private sales”; better database tracking for weapons sales; and strengthening measures aimed at keeping guns out of the hands of those with severe mental health issues.

Some of these may prove effective. Some may not. No one will know until they are enacted in some form or fashion. But ultimately they are a stop-gap measure, given the newfound Right to Print Arms.

Just this past week, WikiWep posted the following:

The following images were taken after we fired every round of .223 we had with us. Final count was 85. Yes, that’s 5.56 in the background, but we were content with testing and opted not to use it. We only gave ourselves an hour of daylight at the range for proof of concept.

Outlaw extended magazines all you want. Have a computer? Internet? 3d printer? Print all the extended magazines you want. You might not have a 3d printer yet, but given the quality and falling prices, expect to see them popping up in almost everyone’s home in the next 5-10 years. All you have to do is download the file for the extended magazine and the 3d printer will do the rest. Think governments will be able to control the sharing the files online? The Pirate Bay already has a category for 3d printer models.We all know how well attempting to control torrents has worked for governments thus far. Good luck with that route.

And magazines are just the first step, the ultimate goal of WikiWep is to be able to download a schematic for their Open Source firearm. Thus allowing anyone the ability to print entire firearms. No experience or skills necessary.

So governments can pass laws attempting to restrict access to firearms all they want. But personally, I don’t think they’re going to work.

Want to know more about the Federalists and the Anti-Federalist debate on arms? Read the History of the Second Amendement.