A Time For Action in the New Year

From my New Year’s post last year, True Victory is Victory Over the Self:

People will dedicate themselves to change. They will tell themselves that this year will be different. They will commit to change their appearance, their friends, their family, their job. Goals will be set. Plans will be made. Motivation will be high. Intentions strong and good.

Time will pass. Relationships will turn sour. Work will become pressing. The economy more dire. New habits will waver. The diet will slowly fade. The new running shoes will sit in the closet, dry dirt cracked on the floor. Paper piled high on the desk, no order to be seen. Falling into old routines, the same argument comes up again with your spouse. You respond in the same, usual way – so do they.

For most people, a New Year is a time for action. A chance to start anew. Embrace change. Find a new path. People will throw themselves into new activities, goals, and plans. There is a tendency to look back at the past year and only see one’s failures. “I only I had taken that chance!” In turning to look at the new year, there is a desire to to make the same mistakes. Not to be lazy or complacent.

People tend to look at their relationships – both socially and in business. Who is a good influence on me? Who is bad? What relationships should I nurture and which should I let go fallow? I need to spend more time with these people instead of those people.

There is a push for cultivation of relationships – old and new. Especially if it is true what Jim Rohn said: “You are the average of the five people you spend the most time with.”

But before you jump into action, I have a suggestion: don’t.

At least not yet. There will be time for action and change. But far too often people dash and haste without any thought or reflection. Change for change’s sake. For a time, attempt to cultivate mushin.

Mushin (無心; Chinese wúxīn; English translation “without mind” or “without conscious thought”) The term is shortened from mushin no shin (無心の心), a Zen expression meaning mind of no mind and is also referred to as the state of “no-mindness”. That is, a mind not fixed or occupied by thought or emotion and thus open to everything. 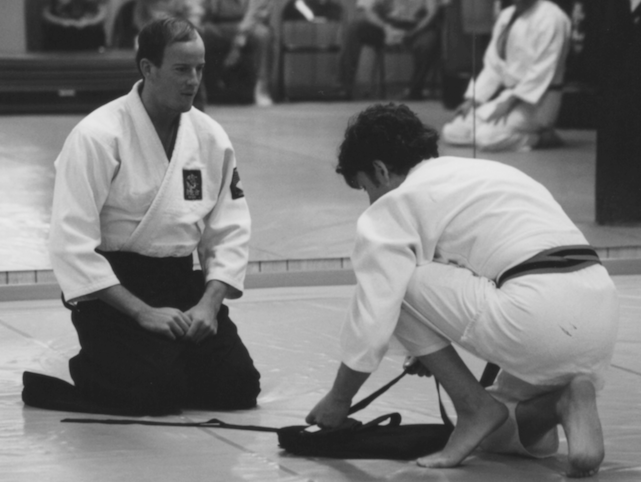 In today’s world there is a violent clash for your attention. Billions of dollars are spent in attempt to make you pay attention to something for just a moment. You likely see over 2,000 ads a day. You speak with your family, your co-workers, your friends. Go to work. Go to the gym. Go to school. Go to little league practice. Go to church. Go go go. Always on the move.

So just for a bit, commit to no action or thought. Stop defining yourself by your relationships with other people. Be alone. Turn off the TV, computer and phone. Be still.

Take the time to listen to silence.