This past week I drafted my first power of attorney. 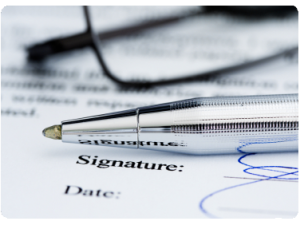 For those unaware, a “power of attorney” is a written authorization to represent or act on another’s behalf in private affairs, business, or some other legal matter. The person authorizing the other to act is the grantor, (of the power). The one authorized to act is the agent or attorney.

I drafted it for my grandfather.

I am the the alternate agent.

My father is the designated agent/attorney. But if for some reason my father is unavailable to make decisions, it would fall to me.

Roughly 15 years ago my grandfather was diagnosed with brain cancer. He had a tumor in his head about the size of a tangerine. It looked bad but he was a tough old bastard. Left home when he was 13 due to a horrible, abusive, alcoholic environment. Went to the war at 18. Became a cattle rancher, small business owner. Beat that cancer.

A few weeks ago he began to lose his voice and his health overall began to decline. After trying a number of things he went in for a full scan. Lung cancer. Goes back again to see the extent of it. It’s spread to his liver and bones. In the space of 2 months he probably lost 20 pounds. He’s probably lost another 5 pounds the past week. The prognosis is, essentially, “soon.”

I never really had any desire to practice in estate work, and had never intended to ever draft a power of attorney – let alone one for a family member and for which I could be acting in their capacity. But it’s the sort of thing that comes with a law degree. Friends and family turn to you and say “Hey, we need this done right now. You can do it right?” The reply is “Of course.”

Seeing my grandfather lying in the hospital bed, I can’t help but think of the continuity of life. The last time I was in the exact hospital with my grandfather was for the birth of my son. My grandfather got to hold his great-grandson in his arms. Spend time with him. I look at my father and how he handles the situation. How will I handle it in years to come? How will my son?

Perhaps the lasting memory of grandfather will be this:

In the first year or so of my son’s life, he would not snuggle with anyone – ever. Not me, not my wife. He rarely ever even laid his head down on your shoulder. He would have to be sick or completely exhausted to relax into your body. He always wanted to be up, independent, looking around.